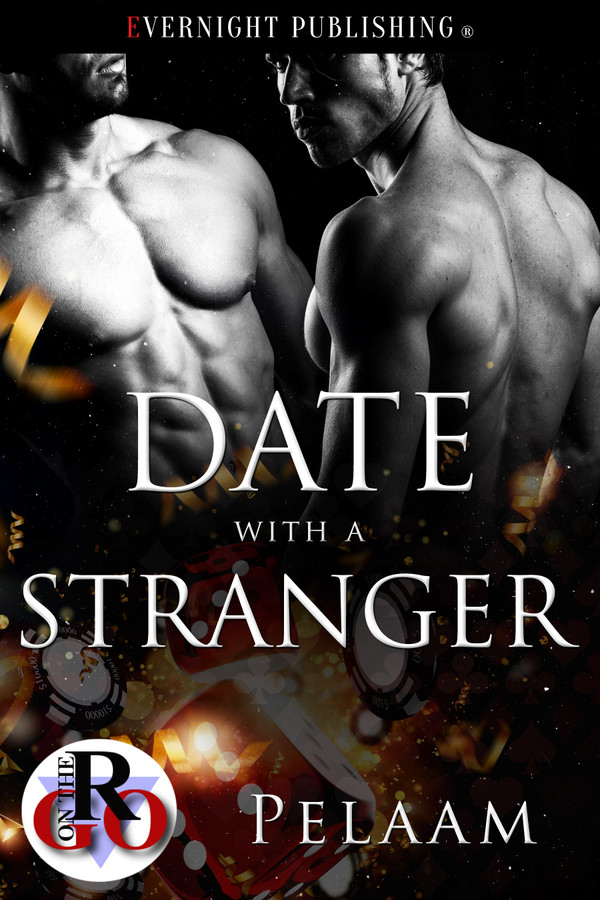 Cassidy opts to spend special evenings at a high-end club and casino. His favorite part of each night is role play.

There he meets his husband Jeff —younger, slender, elegant, and classy. Their chemistry is as electrifying as always.

But Cassidy plays for keeps and while others may look, none can touch. Because at the end of the night, and every day, Jeff belongs to him.

The music was a good mix of new and classic with a beat that had his foot tapping a tattoo against his stool. Not a single patron wore ripped jeans or grungy t-shirts, and the few women that were there glittered with jewelry. Cassidy was no expert, but he’d bet the stones were diamonds, and not cubic zirconia or any other imitation gem. I don’t know why I never tried this place before.

He shifted his gaze to the staircase as movement caught his eye, just as the newcomer descending came clearly into view. Cassidy suddenly sat up a little straighter.

The young man who’d slowed to a stop wore leather pants, so sinfully tight that they should have been labeled illegal—or a lethal weapon on the man who wore them. They clung tenaciously to long, lean legs and showcased a good-sized package. The man’s shirt was grey, and Cassidy was certain it was silk.

Cassidy licked his lips. The newcomer was a looker all right. His blond hair, real not bleached, was a beautiful pale-straw color. It was gelled into spikes, and the style emphasized the stranger’s elfin face. The blond was slender, elegant, and classy, and he pressed all of Cassidy’s buttons.

Cassidy placed him in his mid to late twenties, and he wasn’t alone in looking at him. He noticed a couple of the men seated along the bar were also sitting up and watching the blond with hunger in their eyes.

As the newcomer reached the bottom of the stairs, one or two of the dancers at the periphery of the floor saw him, too, and they temporarily lost their rhythm, and Cassidy chuckled softly. I know just how they feel.

Pausing halfway down the stairs, Jeff looked around, smiling to himself. Nice looking place, and the patrons seem a decent enough crowd. Certainly, the abode of the rich and possibly famous, just like I was told. But some of them look as if they’ve never seen a guy in leather pants before.

However, one of the men sitting at the bar immediately caught his eye. His dark hair had a flash here and there of silver and his green-eyed gaze seemed riveted on Jeff. Although casually dressed in shirt and pants, there was an aura of power about him that called to Jeff. He’s a perfect Daddy, although I shouldn’t forget that some men that come here aren’t gay. But given the way he’s looking at me, I don’t think I need worry on that score.

However, Jeff wasn’t sure he wanted to show any interest right then. I’m here for the evening, I should make the most of it. On the other hand, let’s give him something worth looking at. Continuing down the stairs, Jeff added a gentle sway to his hips and pretended to be oblivious to the looks he attracted.