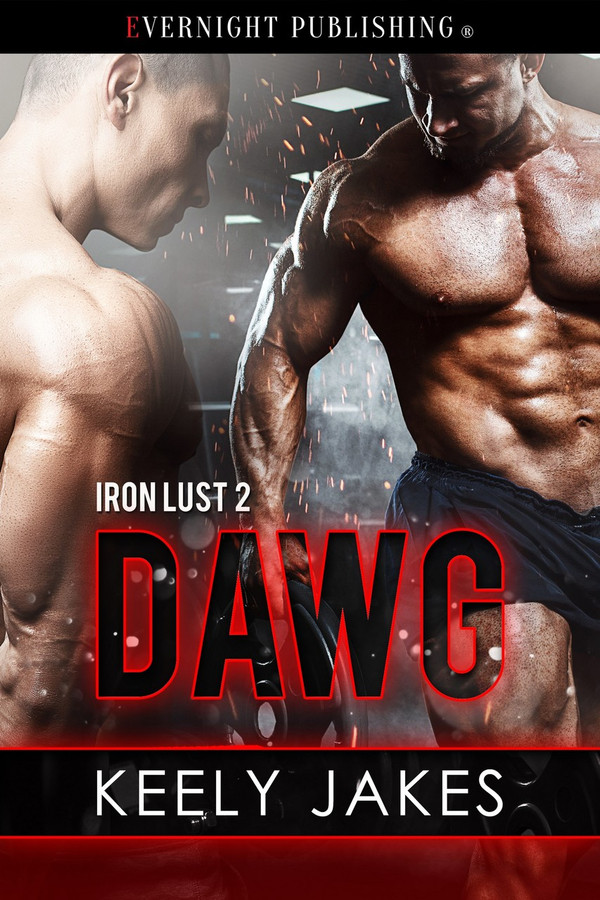 Jaxson Levy’s job is on the line. The only way to save it is to go along with his boss’s idea to make Jax over so they can win the National Library Board’s “Reading is Sexy” poster contest. Jax is sent to The Gym with six weeks to slim down, tone up, and get sexy.

When his aunt approaches him about training one of her employees in preparation for a photo shoot, Dawg Gerber agrees. He is always up for a challenge. Then he meets Jax, and finds himself torn between his friendship with Rosie, and the man who quickly comes to mean more to him than any other client he has ever trained.

Can Dawg get Jax in shape to win the contest? Will Jax be able to follow the strict regimen Dawg puts him on? Can the men maintain their training relationship as well as their loving one?

In the two years since returning to civilian life, he had gone to school and work without much thought of how his body looked. After all, he was a gay geek working in the county library. His day was spent talking to children, women, and senior citizens. Even if there was one in town, it wasn’t like the local gay men’s club showed up for Friday afternoon get-togethers.

Taking a deep breath and releasing it on a long sigh, Jax nodded. “All right, I’ll meet with Dawg and be your poster boy.”

Nancy’s smile widened as she stood up, signaling the end of their meeting. “Great. I’ll let Dawg know to expect you this afternoon. Remember, you have to be ripped and ready for the photoshoot scheduled for six weeks from today.”

Jax nodded again as he stood and left Nancy’s office.

Returning to the storage room where three more boxes of donations waited for him to go through them, Jax slipped the business card into the pocket of his khakis with a sigh. He should have expected the ladies he worked with would try to turn him into a sex symbol. After all, he had used his sex to get the job by pointing out at his interview that the library had no men in its employ.

Though he tried to keep his nonexistent sex life quiet, his coworkers all knew he preferred men over women. On the few times they had gotten together outside of work, they treated him like of the girls, which was fine with Jax. He just wished they would listen to his ideas about how to bring more people, especially more men, into the library.

And now they wanted to make him the sexy face of reading?

Dawg Garber sat in his office staring at his computer. The pictures his aunt had emailed him of the man she wanted him to work with had taken over his brain. He no longer needed to look at them to see the moss green eyes, freckles across his nose and cheeks, and curly ginger hair.

Jaxson Levy was mesmerizing on the screen.

Flipping to the second picture, Dawg frowned, trying to imagine the body hidden under the dark blue polo shirt and tan slacks the man wore as he pushed a cart piled with books. The man was a little thick through the middle, but not so much that Dawg could not get Jaxson Levy camera ready in six weeks. His aunt wanted every woman, and half the men, in the state to flock to the library just to meet the ginger cutie.

At that thought, a flicker of jealousy reared its ugly head. He wanted Jaxson to be gay, and single. But first he needed to figure out what to do about Rosie.

She had been his right hand in running The Gym since the beginning, and the woman he had been spending time since returning to town. He knew she wanted him to taking things to the next level in their relationship but there was no way he could do that. They were friends with limited dating only benefits. When Dawg settled down, it would be with the man who spoke to his soul. Problem was, Rosie did not know that.

If Dawg had his way, it would be with Jaxson. But first he had to convince the man to take a chance on him as a trainer, then as a man.

Clicking back to the closeup of Jaxson’s face, Dawg took a deep breath as he fell in love with a man he had yet to meet.

A glance at the clock had him pushing his chair back from the desk and standing. Rubbing a hand over the bald skin of his scalp, he took a moment to twist and stretch the tightness out of his body. He sighed with relief when several vertebrae in his back popped back into place and tight muscles relaxed. He needed to spend less time sitting in his office dealing with running the club, and more time out on the floor helping The Gym’s members work to become the best version of themselves.

And that started with the transformation of Jaxson Levy.