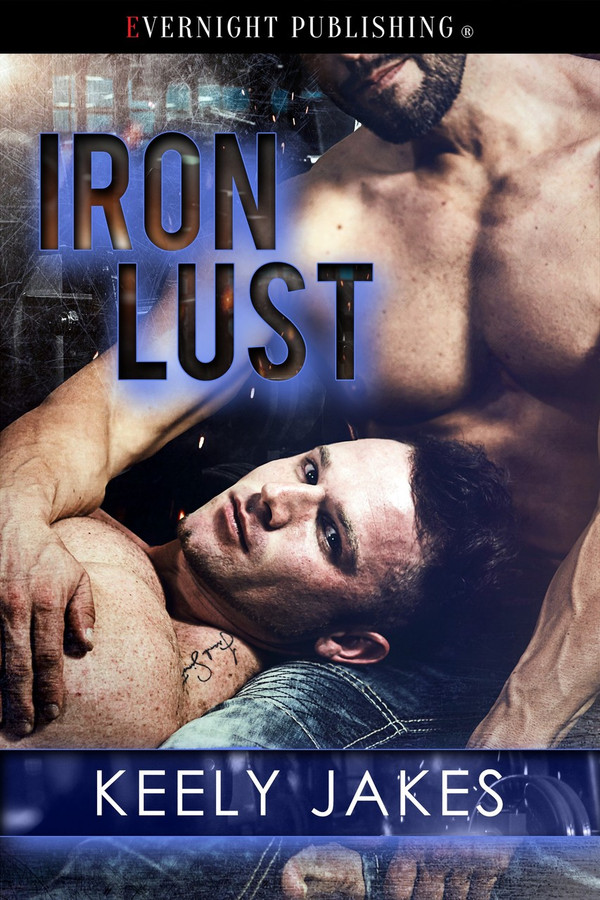 Treat Daniels is the newest trainer in The Gym while James Christian has been working there since they opened the doors. The attraction between them is immediate and intense. When James is injured and calls for help, Treat can’t help but respond, which starts a hot and heavy affair.

Love is in the air as they work with their clients, and each other. The only problem is, James won’t discuss their relationship at The Gym, leaving Treat to wonder if he’ll ever be able to tell the world they’re together.

Then James takes on a new client who tries her damnedest to come between them. Will she cause a rift they can’t overcome? Will Treat get James to talk about their relationship at work? Or will Treat have to learn to live in the closet with his man?

As he crossed the gym, James’s nose twitched as the scent of unwashed body sweat grew heavier. By the time he reached the locker room door, his eyes were burning from the stench. It was time to talk to Dawg, again, about buying one of those air purifying machines one of his friends suggested the last time he groused online about the problem. Just because people came here to sweat did not mean the place needed to reek of body odor.

That was just plain nasty.

Entering the men’s locker room, James headed to the far back corner where his locker was located. His water-drenched clothes were sticking to him and growing colder by the second. The last thing he needed now was to catch a cold.

Turning the corner, he stopped, instantly captivated by the man dancing in the middle of the locker room. It wasn’t that the man was dancing, but the fact that he wore only a jockstrap. The black elastic waistband stretched across the man’s lower back while leg bands separated tree trunk-like legs from a high, tight, well-rounded ass that James would kill to possess.

The dancer’s arms were equally huge. Hell, the man’s entire body was perfection if James was any judge of bodybuilders, which he was, having been a trainer and bodybuilder for most of his life.

James could not help the smile that grew as the man’s lily white ass twerked up and down and side to side in time with the music. So caught up in admiring the ass wiggle and bounce, James was caught off guard when the man spun and he was no longer staring at shaking bare ass, but at the face of a familiar cartoon tiger. James knew the animal because he had bought a stuffed Tigger for his nephew, William, the newest member of the Christian family, just last week.

“Oh, hey, how you doing?” the dancer said, drawing James’s fascinated gaze from his groin to his face. He had stopped dancing, but appeared not the least bit embarrassed at being caught.

James felt his cheeks burn as he raised his gaze from below the waist to the man’s face. He took in short black-brown hair and bright green eyes that seemed to glow with joy. Fortunately, the song ended just then and the news came on.

Swallowing hard, James forced himself to say, “Good morning,” as he circled around the man and made his way to his locker in the corner.

“I’m new here,” Treat continued, as he stepped up to a locker that was a half dozen down from James’s.

“Uh-huh. Who are you training with?” Though his day had been shot to shit at this point, there was no reason to take it out on the stranger. After all, he was always up for adding a new client to his roster. Especially one who might actually follow his suggestions and regimens.

“I’m not here to train, well, not just to train. Dawg convinced me to join the staff and train my clients here,” Treat said. He pulled on a pair of loose, black shorts and a form-fitting t-shirt that had the sleeves cut off.

Forcing himself not to continue ogling the man, James turned to his own locker. After hanging his wet things in the small locker in the hopes they would dry before the end of his work day, he quickly pulled on a clean, dry t-shirt, sweatpants, and his gym sneakers. Once dressed, he slammed his locker shut then tested to make sure the lock had caught.

“So, you training or working today?” Treat asked as he followed James across the locker room.

“Both,” James answered, feeling not quite as gruff as he had a few minutes before.

Something about Treat Daniels had drained away the grumpy bear mood, leaving James feeling almost aroused. Though he would never get involved with someone so obviously high maintenance and, well, immature.

Book Review ‘Iron Lust’ is a pretty good title for this story on two counts: first, it is about the lust between two men that develops into way more than either of them suspected to be possible, and two, it is set in a gym and both men “pump iron” on a daily basis. Treat and James are bodybuilders and if you’re seeing hot, sweaty interactions in your mind’s eyes right now – that is exactly what most of this book is about.James is older, has been at The Gym for a while, and while he admits (to himself) that he is bi, he can’t see himself coming out. Treat is a new trainer, very forward, and while he doesn’t plan to come out either, he is far less opposed to the ides in principle. The strong attraction they feel for each other explodes into an affair pretty quickly, but sorting out what they want to do about it and how open they will be takes a little longer.If you like your romances on the erotic side, if you enjoy simple, straightforward stories that are entertaining, and if you’re looking for some hot and heavy activities in the gym, at home, in hotels, and pretty much anywhere else you can think of, then you might like this novella.DISCLAIMER: Books reviewed on this site were usually provided at no cost by the publisher or author. This book has been provided by Evernight Publishing for the purpose of a review.