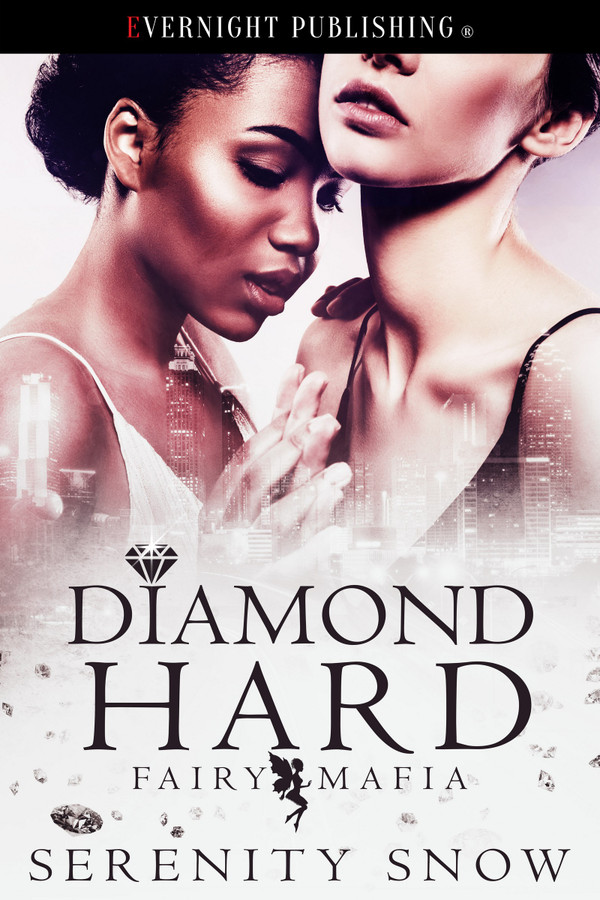 As Jena’s mate Jorja, is entitled to rule Jena’s father’s empire, the hounds stage a rebellion to oust Jorja. Where she would have destroyed the hounds, she’s urged by her mate to aid their desire to be ruler. But to do this Jorja has to take over the pack and become the new Fae queen of the South or the hounds of all kinds will rise against her.

Jorja can walk through a one-way door and protect her pregnant mate or spend a lifetime fending off hound attacks. She’ll do whatever it takes because only the strongest will survive.

“I was under the impression we were partners of a sort,” Amour Blacknail said carefully as she ran her finger around the rim of her coffee cup.

“And what part of ‘I don’t want anything to do with drugs’ did you miss in our conversation?” Jorja McMasters patiently asked the other woman.

Amour’s short black hair curled around her face and her dark olive skin glowed with good health. Her dark brown eyes were shrewd, belying her unassuming tone. However, there was no aura of power about her which meant she was no true alpha, just a strong beta.

“I think perhaps we should come to clear terms,” Amour said evenly. “I’d hate for either of us to be wrongly understood.”

Jorja studied her before turning her attention to the cup of coffee before her. The dark brew smelled rich and enticing.

Amour had taken over Locane Blackdust’s business after the hound shifter had died and his daughter, Jennifer, Jorja’s mate had been killed as well. His will had intended his daughter to take over. In her absence, control of the business went to Jorja as per the tradition of their kind.

There were sometimes exceptions, and they were in that murky area of exception where Jorja could wash her hands of the assets and the people or she could do what any goblin would do, take over and dare the hounds to challenge her.

“As per our agreement,” Jorja said looking back at her. “You have control of the drug business. I want no part of it.” She had no interest in running dope. It was a killer, a soul suck. “However, the clubs and motorcycle shops are doing good business according to the books.”

“Can you waste time on them given the aid you’re giving Kinsey Kane?” Amour asked.

They were people who understood if they crossed her, they were dead or worse, she’d take everything they’d taken from Kinsey and then leave them with their reputation and finances in ruin.

Closer to home, Jorja was aiding Kinsey in structuring her organization in such a way to avoid attack in the wake of Kinsey’s aunt’s death. There were two organizations out there, smaller than Kinsey’s, that would love to take control of the sex trade from Kinsey.

Simona, Kinsey’s aunt, had been the head of a crime outfit, and the heads of two smaller families involved were dead. The third, however, was very much alive and a possible threat.

Her business had included an escort service and brothels where the best alcohol to be had could be found along with any sexual fantasy a man or woman could want.

The Red Hat was a big and successful business that included alcohol smuggling as well as the occasional bookmaking for the small sports club operated within the Red Hat.

“You could just sit back and collect your check while we run things,” Amour told her. “I’ll be more than happy to ensure that the business in its entirety is run as Locane intended. Smoothly and properly.”

“I’m touched by your concern,” Jorja murmured, giving her a faint smile. “However, I’m installing someone I trust to work with you.”

The clubs were biker clubs that were frequented mostly by fairy breeds and motorcycle gangs.

“To what end?” Amour demanded. “I was under the impression you had no interest in an alliance with me, let alone a business arrangement, so I’d be free to run Locane’s enterprises as I saw fit.”

“That was before I realized Locane had a will and wanted things this way,” Jorja replied. “As for an alliance, I don’t really want one which means I can do one of two things here.”

“Which would be?” Amour asked, hostility creeping into her voice along with a growl.

Amour was a fairy dog, a hound of the hunt with a nature that could turn vicious, but Jorja didn’t fear her. She was a goblin shifter, born of the most dangerous warrior bloodline in fairy history. She could and would eat the other woman alive if she got violent.

“I could take the clubs and leave the drugs to you.”

Is there going to be another couple books? I want to know what the sex of the babies will be. I want to see how Jorja will interact with them. So many questions.