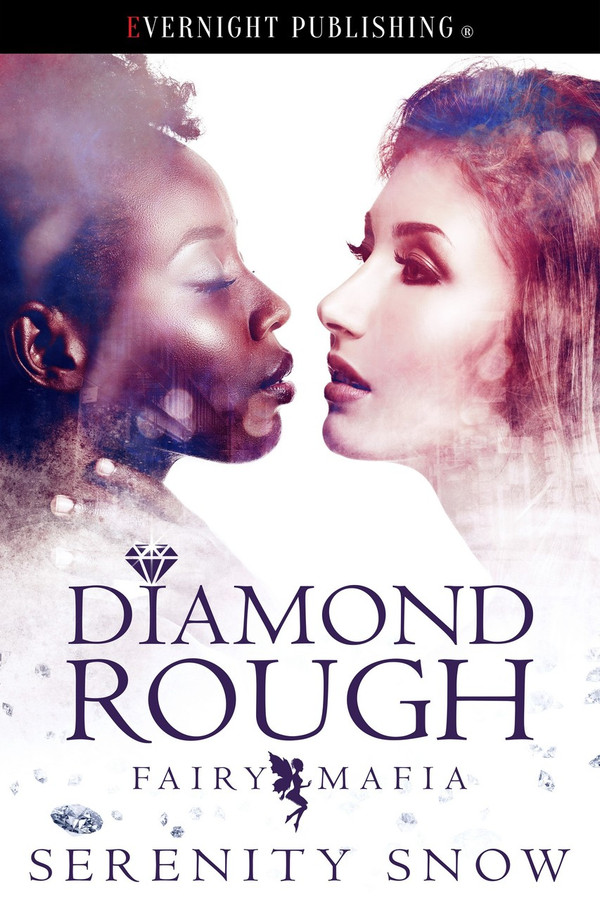 Born into a family of premier jewelers, Jorja is a half goblin who knows her place is at the head of her family business. There’s only one problem. Her grandfather is certain men were made to lead, but he’s willing to make an exception if Jorja settles down.

Jennifer hardly knows Jorja, but she’s running out of money, about to lose her home, and has no prospects. So, when Jorja offers to pay Jennifer to be her wife in name only, Jennifer can’t resist.

Jennifer doesn’t t expect to fall in love any more than she’s prepared to be dragged into the lawless world of fairy vendettas and murder. Unwilling to live that way, Jennifer is ready to walk away from the burning passion she has with Jorja. But when Jennifer becomes a target, Jennifer realizes there’s no place safer than in Jorja’s care.

“Did you have a mechanic look at it? Have you been taking it in for regular oil changes?”

“No. Yes. I don’t know anything about cars,” Jennifer muttered. “You turn it on it goes or it doesn’t.”

“Right,” Jorja said with a grunt. “Well, you’ll find out tomorrow what is wrong.”

“I can’t afford to have a lot of work done, so nothing heroic. I just need it to run.”

“Girl, you can’t be out after dark in an unreliable vehicle,” Jorja said in an exasperated tone.

She rolled her eyes. “I can take care of myself.”

Jorja snorted. “Really? Why didn’t you do more than slap your boss? You should have kicked his balls up through his throat after you twisted them into a knot.”

“And you could have?” She’d almost slashed his face to bone with her nails.

“I would have,” Jorja told her in a hard tone. “I don’t take shit from men who mess with me. Do you even have a stunner in your purse, or mace? Pepper spray?”

“No!” Jennifer snapped. She could direct the fairy dust into a breeze that knocked people off their feet. Up close, she couldn’t shift, but she was every bit as dangerous as a dog. “I don’t even know where to buy that.”

Jorja sighed. “A job isn’t the only thing you need.”

“Tell me, O Great Butch, what do you think I need?” Jennifer asked sarcastically.

“A bodyguard,” Jorja said. “To protect you from yourself.” She turned.

“At least you didn’t say a big strong butch girlfriend.”

“Honey, you wouldn’t know what to do with one of those.” Jorja pulled to a red light.

“I wouldn’t,” Jennifer agreed with a growl. “You’re so arrogant I wouldn’t be able to stand you.”

Jorja grunted. “Better than wallowing in self-recrimination and fear.”

“I’m not wallowing in anything. You just met me and you already think you know me.”

“Because you’re an asshole boss who can’t keep your hands off your assistant’s ass?” Jennifer screamed, and motes of energy sparkled on the air. “I bet you’ve had her pinned against your desk threatening to fire her if she doesn’t put out.”

“No, baby, I wouldn’t dream of doing something so callous, but with you, it would be that way or the highway,” Jorja said coldly, but the chill didn’t quite reach her tone.

There was something similar to humor?

What was it with this woman?

“That’s why I’m not accepting your offer,” Jennifer muttered.

“No, you’re afraid of being called a whore,” Jorja accused as she put her foot on the gas.

“And you’re afraid of falling in love,” Jennifer retorted.

“My career is more important.”

“That’s a lie. You’re afraid of getting hurt, so you bury your nose in business and tell yourself you’d rather go to bed alone than be bothered with someone else’s feelings.”

“Well, you can’t prove that theory can you, smarty?” Jorja asked, taking a turn. “Because you’re too cowardly to try to put that supposition to practice.”

Jennifer laughed. “I could so steal your heart, but why would I bother? You’d trample all over mine in the process.”

Jennifer waited for a snappy come back, but got silence. That was a confirmation she’d expected and it hurt because Jorja made her heart beat fast and left her breathless.

When they pulled up to the complex where Jennifer lived, Jorja pulled into the lot and into a parking slot. She released her seatbelt and climbed out while the car was still running.

Hurriedly, she stalked toward the building only to be pulled up short a moment later.

“Let go of me,” Jennifer muttered.

“Slow down,” Jorja ordered even as she released her. “You’re so dramatic.”

Jennifer rounded on Jorja, energy pulsing beneath her skin. “I don’t need you to walk me to my door. I’m capable of finding my own way. Thanks for the ride.” She lifted her hand, preparing to direct the energy tingling on her palms.

“How should I have your car returned?” Jorja asked patiently.

Jennifer stared at her, frowning as recognition dawned. Her cheeks heated, and she groaned, dropping her hand to her side. What had she been thinking?

That Jorja would hit on her?

“Do you still have my card?” Jorja asked coolly. “Call me in the morning. I’ll tell you where to find your car.”

Rough in the Saddle by Jenika Snow