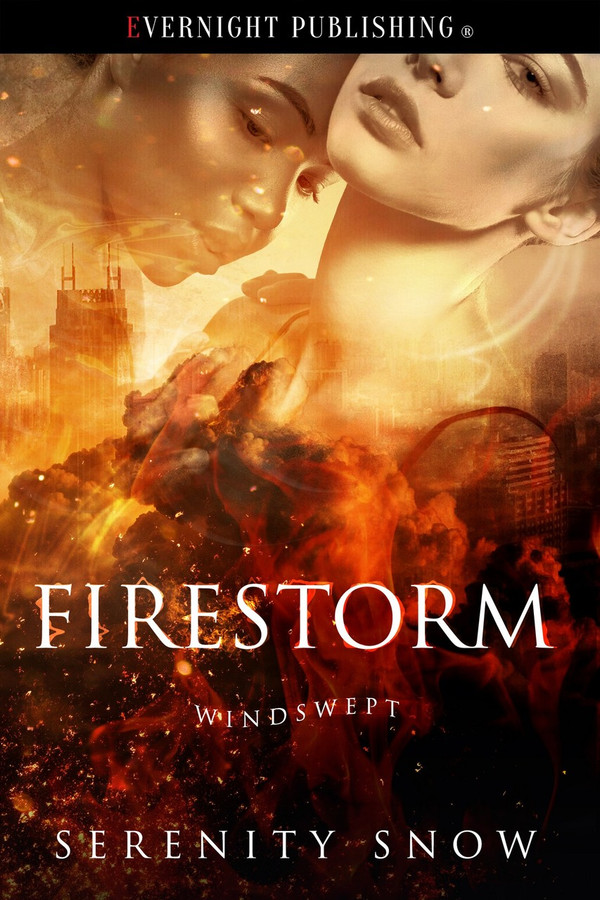 Azar-Rai is a demon hunting politician determined to bring the demon regime down. At the same time, she’s a woman who loves a good time and she thought Madison was it. After their one night of uninhibited passion, Azar-Rai didn’t expect to see the dark breed again.

However, she was wrong. The two women face off on the field of battle but the passion between them becomes a firestorm that neither of them can contain. They both realize an affair is dangerous and their heat could become nothing more than a commodity to be traded on as both sides seek the upper hand.

Choices will have to be made, alliances formed, but in the end, will they betray each other or risk their lives for love?

She smiled and the body she was inhabiting crumpled around her. Azar-Rai felt the pair of eyes on her and turned to face air.

The energy the newcomer exuded was strong, and enticing, familiar. Azar-Rai flew toward it, her senses keen.

She curled around the warmth, rubbed against it and the breath of the creature hitched. The woman couldn’t smell her—and she knew it was a woman by the feel of her body.

The air was rich with burning flesh and rain as it pelted the earth. Trees danced in the breeze, leaves scurried away as if sensing mortal danger. However, she felt the thud of Madison’s pulse as she tightened around her throat.

The erratic beat was a sensual song that drew a breeze from Azar-Rai and the woman shuddered beneath her.

Azar-Rai licked along her nape and the woman growled as if in pleasure.

Azar-Rai slithered around her and rose up to peer down into chocolate eyes, and she was caught in a storm of fiery passion.

“Azar-Rai, is that you, girl? Show yourself.”

“So you can kill me fully this time, demon?” she whispered in her ear. “I think not.” She tightened around Madison’s throat with every intention of killing her, but something inside her drew her back.

The sound of a car had Azar-Rai moving away. “We’ll finish this later.”

Azar-Rai blew Madison back several steps and Madison became fully visible as she started to charge forward only to run into a wall of air.

“Don’t challenge me now, Madison,” Azar-Rai told her coldly. “I don’t want to kill you like this.”

Madison started to move when Azar-Rai floated back, but stopped even as Azar-Rai connected with the energy of the land creating a barrier. She felt a second wave of power encircle the property and snap into place.

Azar-Rai felt it all around her, though the land was still dry. The power that guided this watery energy melded with the natural elements and created something energetic and vibrant. Azar-Rai got the feeling if she hadn’t already been inside of the boundary, it would rip her to shreds.

“Retreat,” Madison ordered, her voice a whisper in the storm.

Very good story and a good addition to the Windswept series. I love everything I read from Serenity Snow and Firestorm is awesome as well