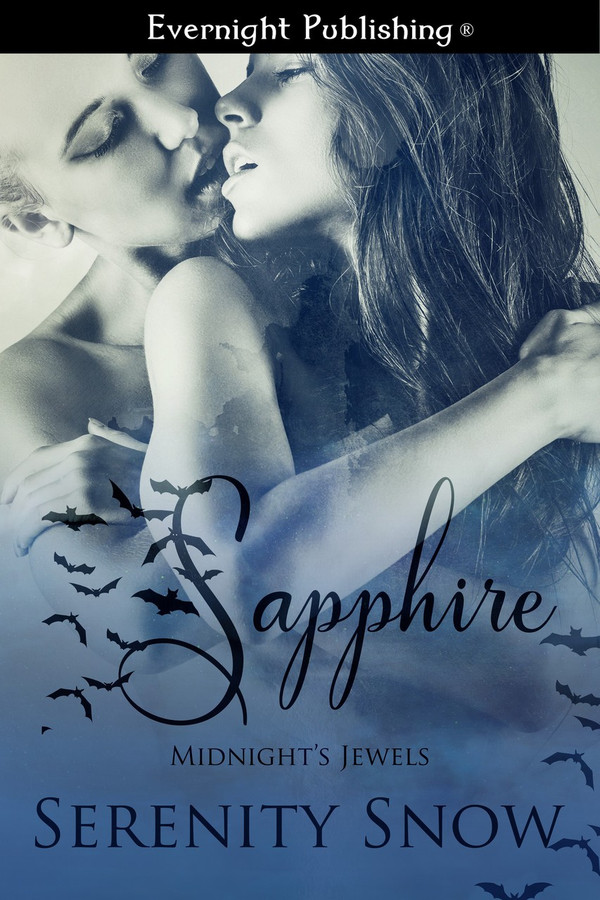 Sapphire Diamond is on top of the world. She’s the star of a killer collection and has just been promoted to head designer of Red Silk. However, her life is about to be turned upside down by bat shifter traffickers.

Cassia Sol is part macho protector but all vampire bat shifter. The second she catches the scent of her mate, her bat wants to claim Sapphire, but Cassia is unwilling to make that big a leap from strangers to lovers.

As passion turns to affection, Cassia’s mate claims her. That bond ensures the brown bat traffickers will have to fight the Midnight Agency, not just Cassia, to get to Sapphire. Blood ties run soul deep and sisterhood is forever.

“How are you?” Cassia asked once Tiffany was gone.

Sapphire’s skin heated like a home from a fire in winter. She tried to steady her nerves as Cassia stepped closer. “I’m good.” She nodded.

“I was just thinking about you,” Cassia said in that sexy low voice that made Sapphire’s toes curl.

“Oh? Good thoughts I hope,” she said and then laughed nervously.

“I was thinking we could have dinner at Rose Garten.” It was a small place that catered to the gay community, but Sapphire had never been there.

“When I make a statement that requires a response, you answer,” Cassia said patiently. “I like my girls obedient and attentive just like you were last night.”

Cassia chuckled. “Don’t fuck with me girl,” she said calmly as she grasped Sapphire’s chin and tilted her head up so their eyes met. “If you’re not interested, then tell me to take my ass on.” Sapphire glared at her. “But don’t issue challenges you’re not equipped to back up.”

Her tone was hard now, and Sapphire looked away, but her power was undaunted. It reached for Cassia, but Sapphire pulled it back confused. No one had ever had this effect on her or her magick.

“Do you want to have dinner with me or not, Sapphire?” Cassia asked coolly.

She wanted to say no now just because she was a little pissed off, but she was drawn to Cassia on a primal level.

“I would like to, thank you. Tiffany’s right. Georgia thinks Tiffany is overbearing, but she does respect her enough to call.”

But she didn’t step back and the soft lavender scent of Cassia filled Sapphire’s nose. She drew it in wanting to be wrapped in it as she’d been last night.

“Tiffany has a right to spend her money however, she wants to.” Cassia moved a step closer to her. “My job is just to do what I’m hired to do. What are you doing out here?”

“I grew up here,” she answered softly. “My aunt passed away seven months ago and left me her house. It needs some renovating, but I’m going to rent it out.”

“Is Isabelle going to manage it for you?”

She shrugged. “No. I’ll have to come down and check on things once she’s rented it out.”

“Look at me, Sapphire.” She met Cassia’s gaze and Cassia removed her shades. “You have such pretty eyes, and I love how they feel on me.” Her voice had dropped an octave, caressing over Sapphire making her stomach clench, and her magick expand in melted waves of desire.

“Are you out?” Cassia asked softly.

“No. Not really.” Her heart beat faster.

“Too bad. I’d kiss you goodbye,” Cassia murmured and caressed her cheek.

I really liked this book and looking forward to the next one in the series.