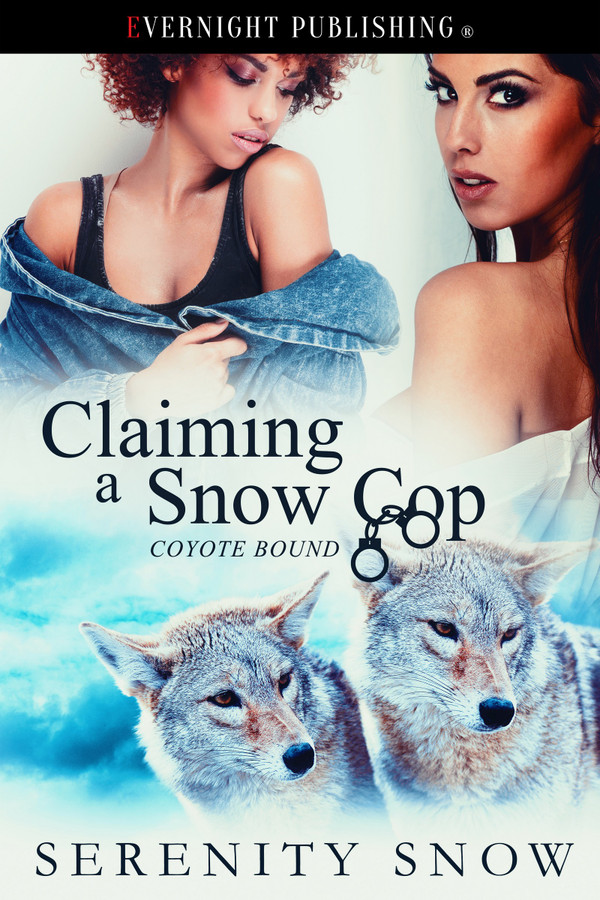 Montana didn’t expect her promotion to police chief to be a cakewalk. She knew there was a mess to clean up in the wake of the dead chief, but she didn’t expect drama, murders, or her ex to walk back into her life.

Dylan had never intended to fall in love again after having her heart wrenched out by the woman she thought was her mate. Determined not to let Montana get too close, Dylan dumped her only to be sent to Montana’s door for answers for her pack months later.

Dylan is willing to do anything for her pack except the sexy chief. However, the brewing storm of danger throws them together forcing her to work with Montana to protect her pack and Montana’s family.

Alliances are made and lives will be lost. Will Dylan be collateral damage or will Montana?

A dull sound pinged on her radar, and Tana quickly emptied the contents from the safe into her bag before venturing out into the office. Outside the door, she heard a creak and drew in a breath and let it out slowly as she allowed the energy of cold to fill her.

A ball of icy cold formed on her hand as she exited the office.

She let the ball fade at the hissing curse. She knew that voice and part of her was furious the woman was here alone. Yeah, Dylan could kick ass, but she had no business being alone in this place.

Tana stepped into the office to find Dylan with her back to her. She looked up at the bookcase. She could only be doing one thing really, but why? What was Claude up to with Summerfield and Blacklaw?

She knew they weren’t running dope as Jenner suspected. They were all too smart for that. However, it had to be something, because Tana doubted Dylan had called her on her own. Claudia had put her up to it for some reason.

“What are you doing trespassing?” Tana asked in as business-like a tone as she could muster as her gaze lingered on Dylan’s small firm ass.

Dylan jerked around, eyes wide with surprise. “Damn it, Montana,” she exclaimed. “You have no fucking scent or are you using something to hide it?”

“You tell me, you’re the shifter,” she said coolly, but she was only partially teasing. She knew Dylan had no real idea why her scent was so hard to detect unless she used perfume.

Dylan studied her with a curious stare, her beautiful golden-brown eyes washing over Tana and making her heart beat a little faster. Why was this one woman so damned beautiful with her silky tanned skin and thick long black hair?

Dylan was slim, but delicately muscled in all the right places. And her curves were just perfect. She was just an inch shorter at five-foot-ten to Tana’s five-foot-eleven, and Tana had liked not having to bend down too far to kiss her.

“What are you doing here?” Dylan demanded, crossing her arms over her chest.

“None of your business,” Tana replied. “You need to leave, or I’m going to arrest you.”

“Seriously?” Dylan exclaimed. “Lots of people come into this place. How do you know I’m not just thinking things through?”

“Here instead of back at your den? The ocean is probably more of a favored spot for mulling stuff over.” Tana closed the distance between them, itching to touch her and curious as to her real motive for being here.

“There’s no law against needing a little space,” Dylan muttered.

“No, baby,” she murmured, her gaze wandering down Dylan to take in the pack at her feet. “What’s in that? Your picnic?”

Dylan growled at her and reached for her pack, but Tana had it first. “Give me that. You have no cause to search my bag.”

“Let’s see, trespassing. Breaking and entering. I’d say that gives me cause enough. Didn’t you see the signs out front? They’ve been there since the reporter was killed in here. This place is dangerous under the best of circumstances and even more so for a woman on her own.”

Dylan growled at her again. “I can take care of myself,” she said and tried to jerk the bag from Tana’s grip, but Tana pulled it out of reach. Dylan lost her balance and fell against her.

“And you want me to run you in for assault on the police chief, too?” she teased as she steadied the other woman.

Her scent filled Tana’s head. It was richly fragrant with a hint of cherrywood and pear. Dylan’s breasts flattened against hers, but the nipples were hard. Tana couldn’t help but let her hand slip down to Dylan’s ass.

It was just a handful and memories of how nice Dylan looked naked flashed in her mind, making Tana wet.

Dylan’s gaze crashed into hers. The brown deepened as her breath caught.

“Tana,” she said breathlessly. “Come on. Just give me the bag back.”

“Without searching it? You could be in here planning to vandalize the place or commit some other crime.”

“Montana, you ass,” she snapped and backed away from her. “You know I’m not committing a crime.”

Tana fought the laughter that tried to bubble up from her throat at the storm on Dylan’s face. She had interesting eyes that changed color with her mood and right now they were that chestnut shade that said anger.

“Do I?” she asked, managing to sound stern. “I think I should run you in.” She’d never do that even if she found Dylan standing over a dead body.

Tana knew with certainty she’d just find a way to make the problem go away to protect Dylan just as she would with her family. It was a contradiction to the cop she was, but not to the coyote blood running through her veins.

They protected their own at all costs and traitors to the pack were swiftly dealt with.

“I’m not doing anything,” Dylan protested. “I was looking around. Some of our women went missing and you guys haven’t confirmed or denied if any of the bodies you found were them. We want closure, too.”

“Bodies are still being identified,” Tana said quietly. “It might take a while to run the DNA or even know who to ask for dental records. Some of the bodies are old.”

Dylan growled. “Bastards. I’m glad they’re dead, and I hope they were the only ones.”

“It’s a possibility they weren’t,” Tana told her. “We found a video tape down here and received some other evidence that proves there were at least six men in a serial killer club.”

“That’s just sick,” Dylan said with a shake of her head. “How did they live among us for so long without us knowing it?”

“They were good at hiding who they really were,” Tana said. “I’m down here because one of their victims supposedly hid something here. Once I’ve gone through it, I might have some more answers.”

“You know I can’t,” she replied. “I know you guys have one or two packmates on the force. I’ve already asked them to talk to Claude about getting me dental records and fingerprints if you guys kept them on file.”

“We do, but it wasn’t stringently maintained until I took the head security job,” Dylan told her. “I’ll get you what I can find.”

“Thanks. It’ll make it easier. I don’t think any pack in the area was immune to this evil.”

“That’s not saying a lot,” Dylan said. “I’ll send the files over once I’ve put them together, but I need to get back.”

“Don’t come back here alone, Dylan,” she said in a warning tone. “I know you’ll be back to finish whatever you were doing. Just don’t do it alone.”

“You could come with me,” she said.

There was a light in Dylan’s eyes that intrigued her, but Tana told herself to be careful.

“I could, but we’re both getting out of here right now. I have work to do,” Tana said.

“We’re still on for that drink tonight?” Dylan asked.

“Why did you ask me out?” Tana frowned.

Another winner. I love all of this authors book except the Wind series and this one did not disappoint. I can’t wait til the next books comes out.

The coyote series continues. I think she is getting better at writing dominant characters. The earlier books had the dominant characters act kinda controlling. The third book in particular with mika almost made me drop the series. Both this one you can see the mutual respect between the characters. I liked that tana the human was more dominant. It was a nice role reversal. But since dylan was a dominant and second in command I wish she stood up to her family more. I would have liked to see more off her head off security role. We mostly focused on tana. Also,this story needed to be edited a little better. There are some punctuation problems and the time line off the previous relationship was off. Sometimes they broke up 4 months then 1 month and then 6 months. I also feel like the world building is a little confusing at times. I wish the story would delve into the characters a little more. There is so much we don&#039;t know about tana and kyra and we won&#039;t ever know. I feel like the story could have gone through a few more drafts. Its hard to remember all the characters and bad guys in the story. I couldn&#039;t remember all off them. I think she should try harder to make the books more stand-alone especially because a lot off the plot threads off previous books aren&#039;t ever closed. Like the alphas deaths. The murder group. The problem with the wolves. Some off these are three books ago. I still will continue this series. I enjoy it but. The author should do more drafting. Start closing more plot threads before introducing more.