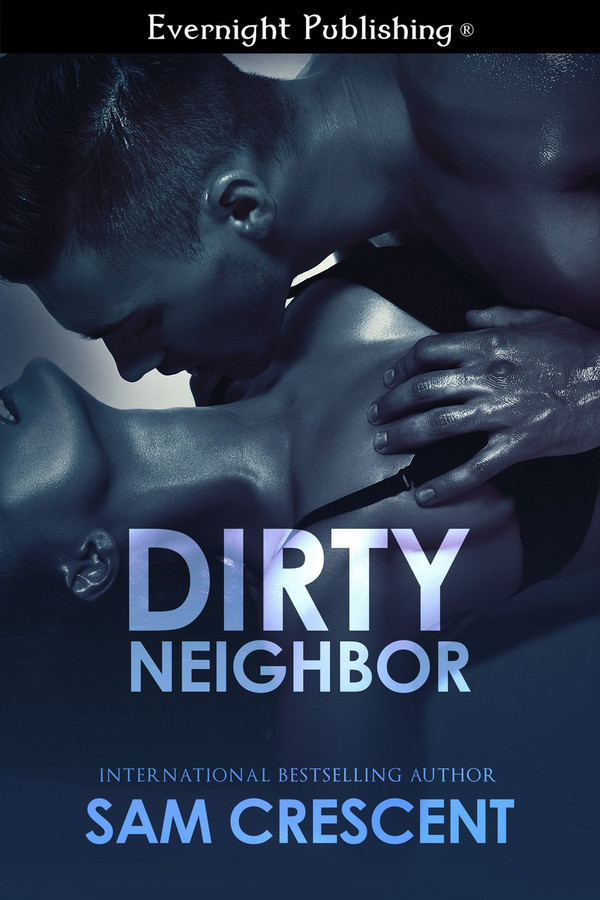 Elisha is obsessed with cleanliness. Everything has to have a place, and be completely spotless. She’s vowed never to put faith in men after catching her last boyfriend cheating on her. Her carefully ordered world was fine—until he moved in next door.

She annoys him, arouses him, inspires him, and Brant is determined to show Elisha that there is more to him than she’s given him credit for. Once he has her underneath him, he’s never going to let her go, but how can two completely different people ever make a relationship work?

There was a picture of them actually having sex, his cock pressing into her. He’d taken a picture of the act as the couple wanted it to be drawn. Brant didn’t question what his clients wanted. He did what he had to do.

“They allow you to show this?” she asked.

“The couple doesn’t have their faces showing. Their identity is a complete secret to everyone but themselves, and me.”

“They’ve got no problem with this being shown?” she asked.

Brant chuckled. “They get a kick out of it. No, I won’t be telling you who they are. That’s private.”

He still held onto her hip as they made their way around the small room. When they got to the last one, Brant didn’t want to leave the room.

Brant pressed her against the door, taking hold of her hands, and placing them above her head. “There’s something I’ve been wanting to do from the very first moment I saw you.” He took possession of her lips, sliding his tongue between her lips, tasting her. At first, she tensed in his arms.

He paused and rested his head against hers. “I want you.”

“I don’t know what is happening right now.”

“No one can see us. You don’t have to think about what we’re doing.”

The light was turned off, and he took complete advantage, sliding his tongue into her mouth, and this time, she melted against him.

He released her hands, and gripped her waist as she held onto his shoulders, tightly. She tasted like heaven, and he couldn’t get enough of her.

Elisha has a dirty neighbor that has loud parties and sex outside. Now, he&#039;s set his eyes on the prim and proper Elisha. Perfect! Absolutely perfect. Elisha is a clean freak with a sad history. Brant is wild and sexy. Their chemistry is sizzling and wonderful to read. This is a great story that really flowed beautifully. It&#039;s less than 100 pages but felt longer because it&#039;s so complete. Elisha and Brant have to be one of my favorite couples. Ever. I loved this book! If you like sexy romance, Dirty Neighbor by Sam Crescent is a must read!

When Brant Miller moves in next door to Elisha Jackson, the bold and brash man turns her world upside down with his parties and outdoor sex orgies. Elisha likes the world around her to be neat and orderly. She’s obsessed when it comes to cleanliness and will not let anything or anyone change her ideas, until her new sexy and infuriating neighbor moved in. After a nasty argument, Elisha has no choice but to apologize and as a peace offering Elisha is willing to give Brant a chance. She annoys him and turns him on at the same time and now that she is in his home, Brant isn’t about to let anything get in the way of showing Elisha just how good he can be. Dirty Neighbor is a super sexy romp that provides the perfect escape for readers to sit back and enjoy while getting lost within the action. Elisha and Brant rock the pages, these two very different characters create enough sexual tension and heat to ignite the reader’s imagination and their sexual banter is infectious and intense. The plot moves at just the right pace, which seems to allow the reader time to really soak in the characters and what is happening to them making their relationship seem realistic and believable. Rough, brash and super sexy, Brant likes his sex down and dirty he knows what he wants and he isn’t a man to apologize or hide his desires. And if you don’t like it, that’s your problem not his. Watching Elisha get underneath his skin is absolutely priceless. Elisha’s neurotic tendency to keep things neat, orderly and clean stems from her painful past. She has no use for men after her last boyfriend cheated on her. Watching Brant literally rock her world and shake things up for Elisha creates quite a few OMG moments and plenty of laughs and probably a few blushes along the way. Brant’s brother is a humorous charmer that quite often seems to steal the limelight with audacious wit. Readers can’t help but be drawn in and captivated by Brant and Elisha and their relationship.

Great book. For me a real romance book. Elisha and Brant were great. Sean was funny. Would recommend. You never know what you want till it bites you on the butt.lol

I loved this romance. The characters are well develop and interesting. I enjoyed the slow paced romance. It felt real and so much fun to read how they fell in love and took their relationship to another level. The secondary characters were also wonderful and funny!!! I recommend it and will read it again!!

Wonderful! I couldn&#039;t but it down. It had funny moments like when Elisha said to Brant &quot;so fat girls turn you on&quot;. I thought it was funny anyway. Great book. Would definitely recommend.

Very hot !! I think I fell in love with Brant !! This is a very good read if you like hot,sexy,bad boys !!

I found myself smiling and laughing through this story of Elisha and Brant. This was a really fun read with some steamy sex . This story had me so sucked in I couldn&#039;t put it down. I was having a love affair with this book. It was just one of those stories that keep you hooked on every page. Sam Crescent keeps writing the most amazing stories about love.

I always love it when Sam writes a standalone book that isn&#039;t connected to any of her series. This is no exception! I loved the story and even fell a little bit for Brant&#039;s brother. It was hot, steamy and sexy. No matter what, I still love reading about a rough, dirty talking man taking charge of his woman&#039;s pleasure. And another thing I love about her books like this is the epilog. It&#039;s just sort of a closure thing for me to know what their life is like several years down the road. It was all wrapped up just how I like them...happily ever after!!!