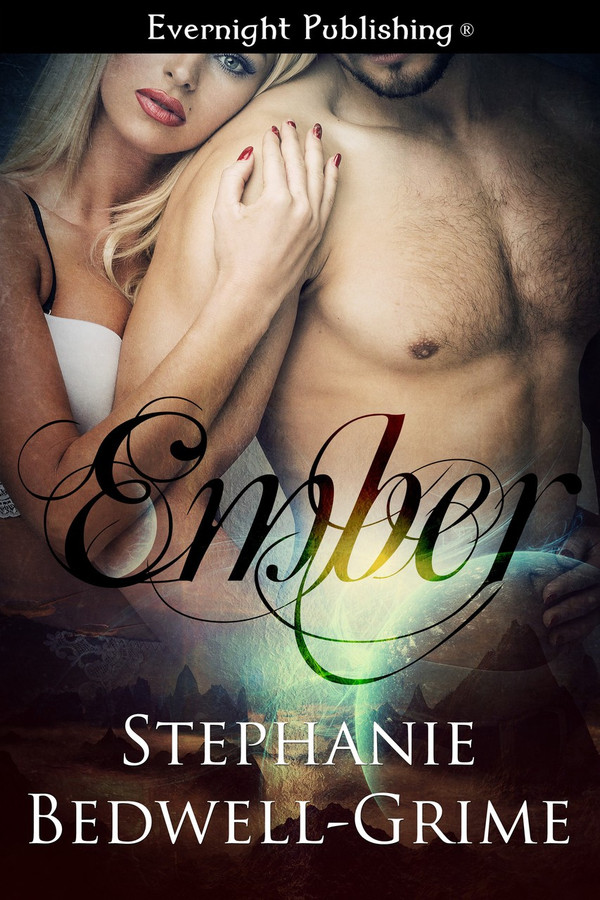 As a vampire, Ember has carved out a peaceful existence on an arid planet orbiting a dying sun. His life is changed forever when a survey pod carrying a human woman crashes in his territory.

Galactic explorer, Danika, has been on a scientific mission studying unusual worlds. Her handsome, yet enigmatic rescuer seems determined to keep her hidden, but she doesn’t know why.

Ember is harboring a warm-blooded human woman on a planet full of starving vampires. If he can’t get her off-world quickly, she’ll be hunted by the entire population.

He stared at her with those unnerving silver eyes. “Yes. But I’m also your only hope of getting off this planet alive.”

His honest declaration sent a shiver creeping down her spine. What predator came right out and said they were dangerous? Didn’t most try to charm their prey? The fact that he admitted it, though––that made her feel a bit better.

He was out in the ruins trying to hide her instead of sitting in his comfortable house. He’d said it was his duty to protect her. He’d promised to help her. She thought of the barren landscape outside and the hordes of vampires chasing them. He was right. He was her only hope of escaping in one piece.

Danika stared back at the man before her. He’d just confessed to being not entirely a man. Aside from those unnerving eyes, he looked every bit a man. He had broad, muscled shoulders and arms. His torso tapered nicely to slim hips and strong legs. She couldn’t deny her attraction to him. Under other circumstances, she would have definitely been interested. If he hadn’t just confessed to wanting to drain her of blood…

She was in good shape, but she no doubt with all that muscle he’d be a lot stronger. Not to mention that her very presence tempted him. There must be something. Some scent she could wear to lessen that temptation.

That thought dissipated as he leaned toward her. One moment her brain was blaring a warning and in the next her good sense had drifted away. Her gaze snapped to Ember’s full lips. The tip of his tongue darted out, moistening them and she couldn’t help wondering if they would feel as feather-soft as they looked. Her own lips parted as he drew closer and her eyelids fluttered closed. She waited for the first brush of his lush mouth against hers, but instead he seemed to catch himself. His hands closed on her shoulders, pushing her gently, but firmly away from him.

Danika jolted to her senses. He’d just acknowledged his compulsion to drink her blood and she’d almost let him kiss her. She couldn’t allow that to happen again. She cleared her throat. “Is there anything I can do to make myself less…desirable to you?”

Her choice of words brought a brief smile to his lips. It was a disarming smile, she decided as he gave her a quick once-over. He seemed about to say something, but the smile swiftly disappeared as if he’d changed his mind. His gaze centered on the gash on her head. “Just don’t bleed,” he said at last.