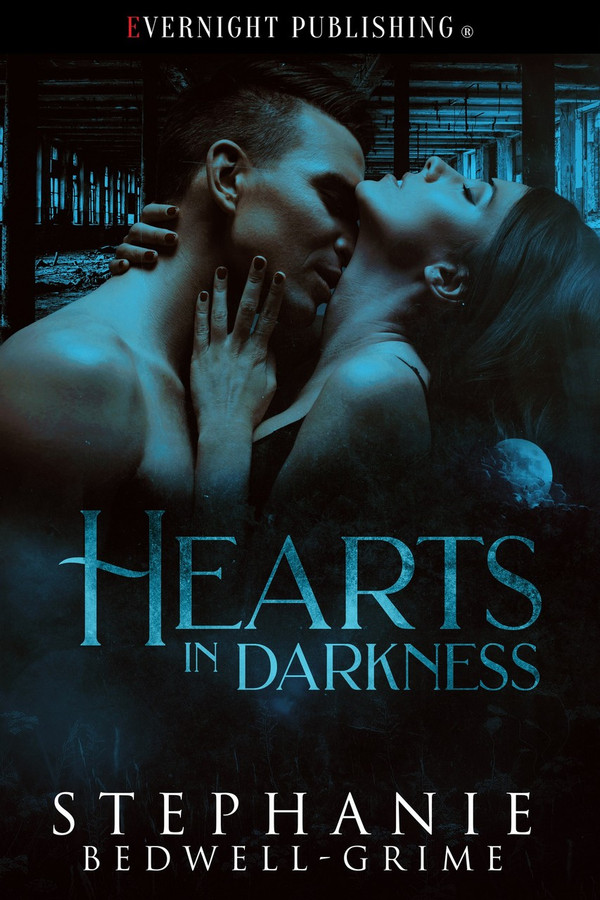 After making a dangerous discovery at work, twenty-seven-year-old Patience is on the run. It’s a certainty she’s about to be captured when a hand reaches out from a hidden doorway and pulls her into darkness.

Myth is an ancient vampire living off-the-grid. The last thing he needs is to become entangled with a woman from the modern world. But he can’t resist helping her when she runs past his home.

Myth soon finds out his kindness has unexpected consequences. Now they’re both on the run. Even worse, his darkest secrets could be revealed…

Patience finds herself drawn to her mysterious yet enthralling rescuer. And she desperately needs his help. She’s carrying information that could endanger the entire world and her former company is willing to kill to get it back.

If he said one more word, she was going to lose her nerve, and possibly their only chance to be safe. “Myth, you need to do this.”

He let go a long sigh. A deep shudder ran through him. He seemed to come to a decision.

Reaching up, he tucked a long strand of her hair behind her ear. His light touch sent a shiver snaking down her spine. His gaze seized upon the pulse point in her neck.

A primal fear gripped her. Now she really wanted to back out of this promise.

Myth gripped her shoulders and pulled her toward him.

She felt the strength in his hands. There was no going back now.

His feather-soft lips brushed her pulse point, sending a rush of desire chasing after her fear.

Her hand was still between them, the offering of her wrist forgotten. He moved her arm to the side, exposing her neck.

“It is much more pleasurable this way,” he whispered against her skin. The brush of his lips sent another wave of desire coursing through her.

“Pleasurable?” Her voice sounded high and seemed to come from far away.

“Oh yes.” His arms circled her, holding her tight.

She felt the stroke of his tongue, then a slight pressure, followed by a brief jab of pain-laced pleasure. Her cry of surprise and pleasure echoed through the room.

Lost, she was lost. Every gentle pull of his mouth sent waves of desire coursing throughout her entire body. If was as if they existed as a single being. She had never felt anything like this. Nothing came close to this all-consuming passion.

Patience has a flash drive from work that may just get her killed. She’s saved by an unlikely person or should I say, vampire. Myth is only trying to help but he quickly becomes intrigued by the attractive stranger. Both have people hunting them, can they escape a terrible fate and find love in each other arms? I have to say I’m so happy with Patience as a character. Yes, she grateful to be saved but she doesn’t trust this stranger who talks a bit old world which is such a huge relief. She’s running from dangerous people who are after terrible secrets (you’ll have to read the book to discover them). When Myth saves her, they start a battle that neither of them expects and a romance that neither of them can fight. She did accept the whole vampires are real thing too quickly. Some dialogue is odd as well, not Myth, but other characters. The romance is beautiful and sexy. I really enjoyed this paranormal suspense!