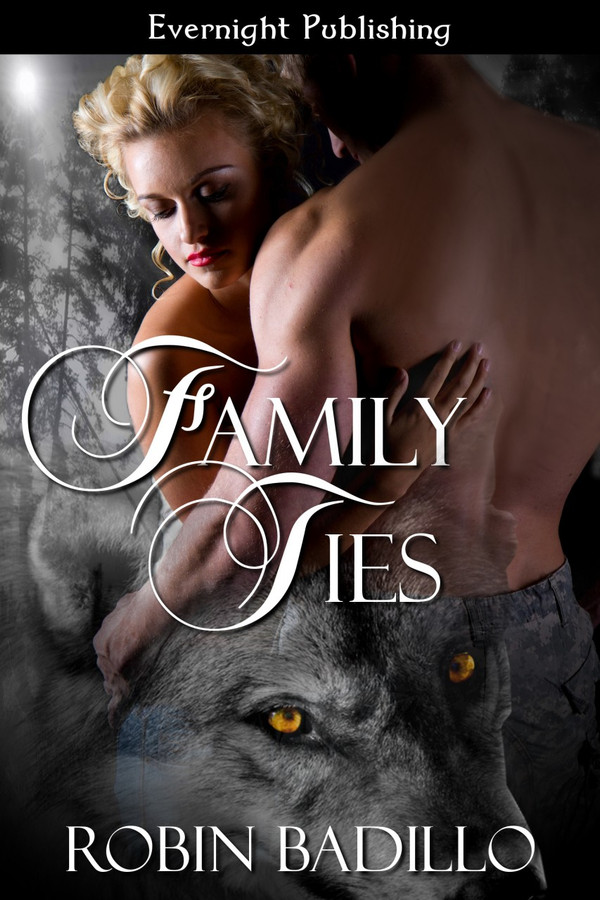 Under the Texas Moon, 1

Every pack needs an alpha and every alpha needs a pack.

Tucker Wilde, a lone wolf, returns to the town where his shifter lineage first began, only to discover his rightful place as alpha has been handed down through another blood-line. To make matters worse, old family secrets threaten the fate of the love he’s destined to find.

Shifter Tegan Blaid is the key to saving her pack by joining with the son of a powerful pack member, but her heart belongs to Tucker, the one wolf she was never meant to know.

Can Tucker and Tegan fight the forces against them to secure their positions in the pack, or is history determined to repeat itself despite their family ties?

She held her breath when the oversized wolf emerged into the clearing. Every muscle in his broad shoulders flexed and she could see the rise and fall of his chest with every heavy breath he took.

Tegan rose to her feet and reached for the thick fur around his neck. God, he’s so beautiful.

Not nearly as breathtaking as you.

“Wait?” She withdrew her hand. “You really can read my thoughts.”

Can’t all wolves hear each other’s thoughts? He nudged her hand with his snout.

“No.” Tegan splayed her fingers through his coat, tugging on it as she massaged the firm muscles between his shoulder blades. “I’ve never heard another wolf’s thoughts and as far as I know, none have ever heard mine.” This is crazy.

Tucker moved closer, rubbing himself against her thigh. Run with me.

“Tucker, I…” Tegan drew his warm body near, hugging him to her leg. “Okay. Okay”

Tucker eased back and sat on his haunches.

Tegan swallowed hard as a flurry of angst dashed through her body. In order to run, her clothes had to go.

Keenly aware of Tucker’s intense stare, Tegan removed his jacket and let it fall to the ground, her eyes fixated on his. “Are you going to watch me undress?” Her heart raced and she struggled to control the goose-bumps rippling across her skin as she awaited his reply.

Do you want me to watch you?

Tucker immediately transitioned back into his human form and stood across from her, naked, and glistening with beads of perspiration.

As her gaze trailed downward, moisture gushed between her legs when her eyes feasted upon his massive erection jutting upward toward his stomach. Holy Hell.

Tucker ran his hand up the length of his shaft and thumbed the slit. He bit his bottom lip as though pleased to present himself to her. “Your turn.”

“Nowhere near as breathtaking as you.”

Tegan stepped closer, unbuttoning her blouse. “Have you ever been with a shifter?”

Tucker swallowed hard, his eyelids lowering to half-mast as he visually took her in.  “Didn’t even know I was a shifter until recently.”

Dismissing his reply, Tegan moved on to her next question. “Why can’t other wolves hear me?”

“I don’t know. Maybe no other wolf is meant to.”

Good answer. She licked her lips, giving her instincts free reign over her body as she slinked toward him. “I can’t stop thinking about you. Your scent is everywhere.”

Tucker reached out and cupped the back of her neck with his right hand, drawing her face closer, inches from his. “Not everywhere—yet.” With that, his mouth crashed into hers and a growl like none she’d ever heard echoed into the night.

Tucker tore away her top and ran long, thick fingers up and down her back, pulling and tugging at her bra as his hot kisses trailed along her throat.

“God, you smell so good.” Tucker dropped to his knees and quickly unfastened her jeans, jerking them down from side to side, licking her stomach and nipping at the tender skin on her hip bones as he ventured lower.

Her panties were next and she stepped out of them as he guided them past her knees.

“Now let’s see how you taste.”

Tegan shuddered as he selfishly lapped at her freshly waxed mound. She sucked air through her teeth when he parted her lips and probed her clit with the hardened tip of his tongue.

“Shit.” Her knees weakened and she felt herself losing the battle to stand.

Tucker stopped and lowered her to the ground.

In seconds, his lips found hers again. His tongue plunged deep and she sucked it, tasting her own tangy juices. “I want you so bad.” Tegan moaned.

&quot;Family Ties&quot; was a family short, complicated and extremely sexy wolf shifter book. Tucker and Tegan were a very different and unexpected couple. Which may be why I loved this book so much! The first book in a new series can be a little difficult to balance, when you are trying to create a whole new world and develop a strong and sexy relationship but Robin Badillo did an amazing job with this book, One of the huge selling points for me with &quot;Family Ties&quot; was the unconventional way that Tegan and Tucker went about making a place for each other in their world. Not to mention the &quot;forbidden&quot; sex was incredibly hot! This book gives the reader an inside look into the alpha society and politics. Which was very intriguing and kept my interest piqued throughout the entire book. I think &quot;Family Ties&quot; is a different take on shifters and would be a perfect fit for those of you who love finding a unrecognized alpha male. Tegan has made a promise to help protect and provide a future for her pack. Joining with the son of a very powerful pack member seems to be her only choice. That is until she meets Tucker, a wolf claiming to be a rightful Alpha deserving a pack and a mate of his own. When choosing between what is expected of her and what she desires, puts her and her packs future at stake Tegan has to make a choice. Will Family Ties win out or will love truly conquer all?

The Ties That Bleed by Jami Deise

Donner and Prancer by Robin Badillo