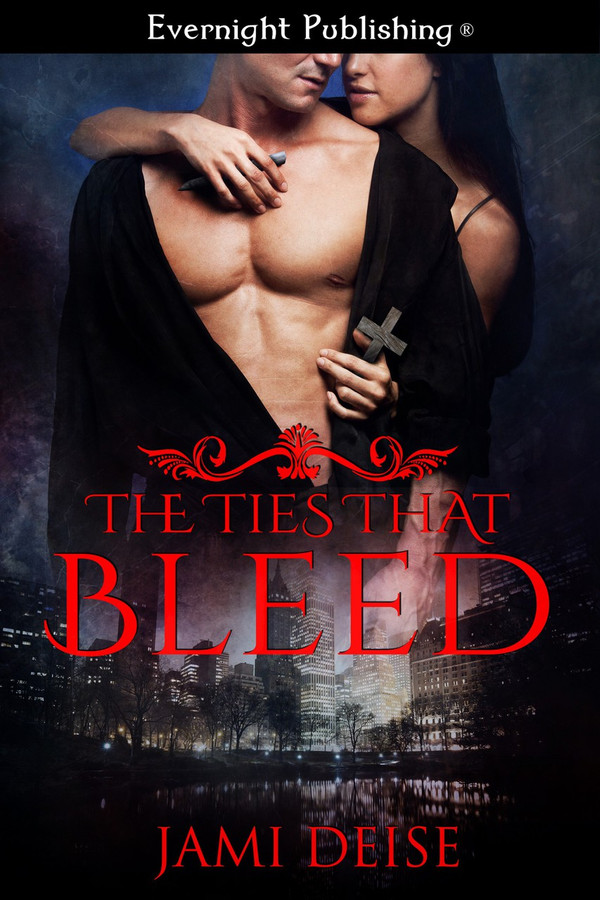 Diana Rowan has more kills than any other vampire assassin in the FBI. Except she hasn't staked a vamp in ten years.  Now Diana's married to a doctor and mom to eight-year-old Katie. And while she's still with the Bureau, she spends her time in the classroom, teaching the next generation of vampire assassins how to track, stake and decapitate bloodsuckers.

Then Ian, the fang who nearly killed her, returns from the grave. To keep her family safe, Diana has to go on the hunt once more.  With time running out, she is forced to turn to another vampire for help:  Gerard, who created Ian. Who was once Diana's lover. And who’ll do anything to get her back.

As if he could sense me, Gerard suddenly appears at the top of the staircase. He’s wearing an outlandish black cape, and practically floats down the stairs. When he reaches me, he pulls the cape over his mouth dramatically. His eyes glow yellow, then red.

Gerard drops the cape and pouts. Underneath, he’s wearing a European-cut suit and shoes. He looks like a GQ model in a banking ad. That whole ageless vampire thing really works for him. Unfortunately. Valerie was right. He does look exactly the same. His black hair is slicked back as if wet from the shower. His prominent nose and chin jut out like they’d been carved from Roman marble. I don’t know exactly how old he is, but he could fit in during any time period, any country.

And pathetically, he still makes my stomach do backflips. Like I’m some fifteen-year-old crushing on the high school quarterback.

“This isn't what you want?” His voice betrays a slight hint of accent from a bygone era. “The epitome of the big bad vampire, to tell all your little students? I know! Let's take a picture, the two of us together.”

He claps his hands. “Mrs. Leonard! Please, if you would, take a photograph of me with Ms. Rowan.”

“You’re a vampire. You don’t show up in photographs.”

“I’d rather you smear me with blood and leave me naked in Central Park,” she calls out from the hallway.

“So hard to find a decent human servant these days, isn't it?”

“Not nearly as difficult as finding a decent vampire hunter,” he counters. “Or so your students’ failure rate makes it seem. Tell me, are the Virginia suburbs as bucolic as the travel brochures suggest?”

“Not when the mosquitoes are biting.”

“Mosquitoes,” he sneers. “So you’ve minimized myself and my kind to annoying little insects. I’m charmed.”

“You've come to me for help. Business.”

“There would be no other reason,” I tell him.

I am not letting this get personal. “A week ago, a vampire—”

He puts a finger on my mouth. “Before we work, a second to drink you in.” He smiles suggestively. “So to speak.”

And because I need his help—for no other reason—I stand there, a marble statue, and let him touch me. He runs his hands all over my face, my hair, and my neck. He caresses my scar. I try my best not to react.

My best is good enough. I step back, breathing again. “Robert did a wonderful job.”

“Ah. Robert.” He picks up my left hand and gazes at my rings. “The man who saved your life and stole your heart.”

“You imply someone else had it.”

“Not even a stake in your hand, and yet you wound so well.”

Before I can stop him, he grabs me so we’re chest-to-chest. My heart pounds into him. His heart, of course, doesn’t beat.

“Does he make you feel human, Diana? Do you sleep in your big house in the suburbs and pretend the darkness does not call to you?”

Coming here was a huge mistake.

Gerard drops my hand and takes a few steps back. He’s toying with me. Naturally. I’m just a mouse to him, that’s all. That’s all I ever was.

“Tell me about the vampire,” he commands.

I take a deep breath. Like a gentleman, he pretends not to notice. “The analysis shows you created him. About a hundred years ago.”

“I created only one vampire in that time. And nine years ago, you killed him.”

“Then somebody forgot to tell him. Science doesn’t lie.”

“But humans do,” Gerard smiles.

“And those that were once human.”

Gerard paces around me. I can’t tell if he’s thinking or sizing me up as prey. My legs tense.

“If Ian were alive, I would know it,” he tells me. “I would feel it. I created him. When you killed him, I felt his life force flow out of me.”

“Could another vampire bring him back?” I ask.

Gerard cocks his head, thinking. “There is still much we do not know about how the cruor works. Perhaps you can discover the answers for us. In your laboratory.”

Cruor is the word the vampires use to describe the rules for their existence. We use a different word. Fangology.

“The obvious answer is that I didn’t kill him,” I say. “And your life-force odometer needs to be recalibrated.”

“So you will hunt him down again. I suppose I should be relieved you're not bearing wooden stakes for me.”

“It would be easier than hunting down Ian,” he points out. “You know how to play the game. Kill the one who created him, and Ian will die too.”

I try to picture myself whipping out the stake from my ankle holster and stabbing him in the heart. It’s an image that doesn’t come. He’s too quick, too good for me.

“I've never been one to take the easy way out,” I say.

“There would be nothing easy about it.”

He takes my chin in his hands and turns my head so I’m forced to look directly at him. Idiot.

“You know that hypnosis bullshit doesn’t work with me,” I remind him.

“Don’t you want to know my price?” His hand slips down to my neck.

Even though I know the answer, I ask anyway. “Then what do you want?”

“One night. And I'll give you all the help you need.”

I blow out the door before he can answer.

I LOVED this book. It’s got action, romance, the author’s trademark snark, and vampires! THE TIES THAT BLEED is the perfect mix of Buffy and The Lost Boys, with just a little pinch of Twilight to keep things interesting. The story kept me guessing until the end—most of the time I can figure out the “bad guy”, but I was completely wrong. I particularly enjoyed how “real” the author made the story seem. The vampires weren’t so mystical that they were unbelievable as characters in the story. The main character worked at Quantico, just in the vampire division. There was a lab that studied vampire subjects and ran blood tests like a regular forensics lab. The fantasy elements were so matter-of-fact, it felt like this kind of thing could easily happen in real life. I hope there is a sequel in the works!

Great read! Not all vampire stories are created equal---This one is on the good end of the scale! Author Jami Deise doesn&#039;t disappoint! I read this book for free in exchange for an honest review. It is a riveting, action-packed tale with surprises!