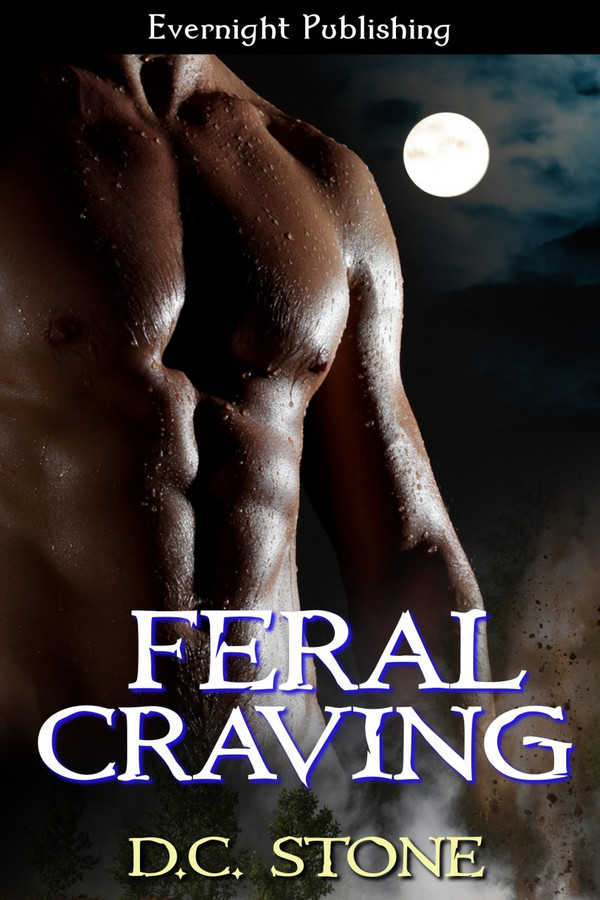 Bari has always felt a presence lurking deep inside of him, waiting to get out.  After being injured in Iraq, he suddenly finds himself thrust back into his hometown, forced to face his past. He finds that what’s lurking inside of him is real, waiting, and running out of patience fast.

Without warning, the room started to spin; a sudden, wicked wave of dizziness assaulted him. Bari lifted a hand, reaching for the wall, and grunted through the nausea. He wobbled on his legs, tried to reboot his mind. Christ, not this shit again! He needed his head. He had to get away, but in a desert half the size of the US of A, he didn’t have any fucking options.

A sound—a whisper to his left. He snapped his head up. Nothing. Just air and trash. The whisper moved to his right, suddenly magnified. Like nails on a chalkboard. Bari whirled, lifting the pistol at his leg, his M-4 rifle now forgotten at his feet. The room spun without warning. He held the pistol in front of him, wavering, pointing at who the fuck knew and nothing all at once. He rocked back on his heels and blinked, and his vision immediately focused. His stomach still rebelled against the spinning sensation, and he breathed through the bile rising up his throat.

Bari narrowed his eyes as a shape started to form before him. Fuzzy, gray and brown colors mixed and swirled. He blinked, trying to make his eyes and mind decipher what took shape. It was huge, as big as he, but what the fuck was it? Lines of blue intermingled beneath its brown and gray spots and, as it grew clearer, he saw what he pointed his muzzle at. Adrenaline rushed him. It couldn’t be. But the image was unmistakable. He stared at the figure that stared back at him. Then, it vanished—the shadow of what he swore was himself, disappeared.

A whisper caught his attention to his left. Suddenly, he remembered where he was, then turned and lifted his SIG Sauer handgun. Tony’s eyes widened, and his hands lifted in the air, one leather-covered hand around his rifle.

“Fucking shit, Bari. It’s me.” Pushing Bari’s weapon away from him, Tony narrowed his own stormy gaze at Bari. “You tight, man?”

Bari clamped his jaw shut, not really sure how to answer.

Tony’s lips thinned, then he glanced over his shoulder and tossed his head back. “Let’s get moving.”

Tony nodded down another dark hallway. Bari shook his head, clearing it of the fear bubbling inside of him. His stomach gurgled and he swallowed, forcing the still rising bile down. Something was off, something he couldn’t quite grasp. He felt as if he had walked into a dream—ventured into a dark tunnel. But he knew better, knew that the sun shined high and bright—hot as hell, outside.

The house was filthy, filled with dilapidated couches and mounds of trash and bottles. It couldn’t have been occupied for long. Hell, the place didn’t even look livable for New York City rats. His task set on what lay ahead. Bari worked slow but efficiently cleared each room he passed. In his ear, he heard Mike and Tyler mark their rooms, bringing the four of them together once again as the halls connected. One room remained, its door closed.

They stacked up, lined up as they had outside, their weapons trained on the door, then busted inside. Bari scanned the room as he led the way, expectant and ready.

They were met with nothing. Not one damn person. Whoever had run into this house seemed to have just disappeared into thin air. Cursing, Bari dropped his guard, lowered his weapon, and paced the room. His mind scrambled over the reports they’d studied, trying to recall every detail and feeling as if he had forgotten something. All eyes of the team were on him, waiting for a decision.

With a frustrated growl, he ripped open the front of his vest and breathed deep, letting air fill his tight chest. A bunker was supposed to be here, somewhere, but they had seen no evidence of it. It was like they’d been set up to clear an empty house. None of it made a damn lick of sense.

“Shit, we should have found something here. Where in the fuck did they go?” His team answered with silence. Shaking his head, he pushed his helmet off and scrubbed a hand through his hair.

Mike pulled a piece of gum from his pocket, unwrapped and shoved it in his mouth. The sound of his chewing snapped through the room. “Yeah, Bari, this looks like a dead-end. Doesn’t make any sense.”

Grabbing his pack of smokes from his own pocket, Bari popped a cigarette in his mouth and lit it.

Needing to get some answers, Bari stepped around Tony. Adrenaline still rushed inside of him, his skin itchy with unused energy. He moved back down the hall and into the living area.

He glanced up. And time froze.

He would later tell himself he could have been faster, or ducked down. But Mike, a father with a six-year-old daughter back home, had followed behind him. So he didn’t move. Instead, he froze as the gunman stepped out from behind a door. Mike must have missed it. Fear stole up the back of his neck, the sensation reminiscent of a winding serpent. The gunman lifted his rifle. Low shouts rang out around Bari. Seconds ticked by like molasses dripping. Bari closed his eyes and braced for the pain, understanding he might not make it out alive. A shot rang out, the sound echoing through the walls. Pain exploded in his chest, his body. The cigarette he lit earlier dropped from his mouth, fell to the floor. He raised his eyes, meeting the gunman’s stare from across the room. Death sat in the man’s blank gaze, reflecting darkness, emptiness.

Bari felt consciousness slipping away. Funny how some people claim your life flashes before your eyes when you face death. Because the only thing that flashed before Bari’s was the life he never had and the woman who would’ve been in it: Mackenzie Walters.

When Bari returns home from Iraq injured he comes face to face with Mackenzie the love of his life and the person who he left behind nine years ago. He felt he was protecting her but he realizes that even though his intentions were good she was still hurt in more ways than one. Bari has secrets which put her in danger, but Mackenzie has a secret of her own which very much links him to her. Feral Craving is intriguing, exciting and so full of surprises that it kept me hooked. I really enjoyed Feral Craving. The chemistry and erotic moments between the main characters was addicting. I definitely recommend Feral Craving.