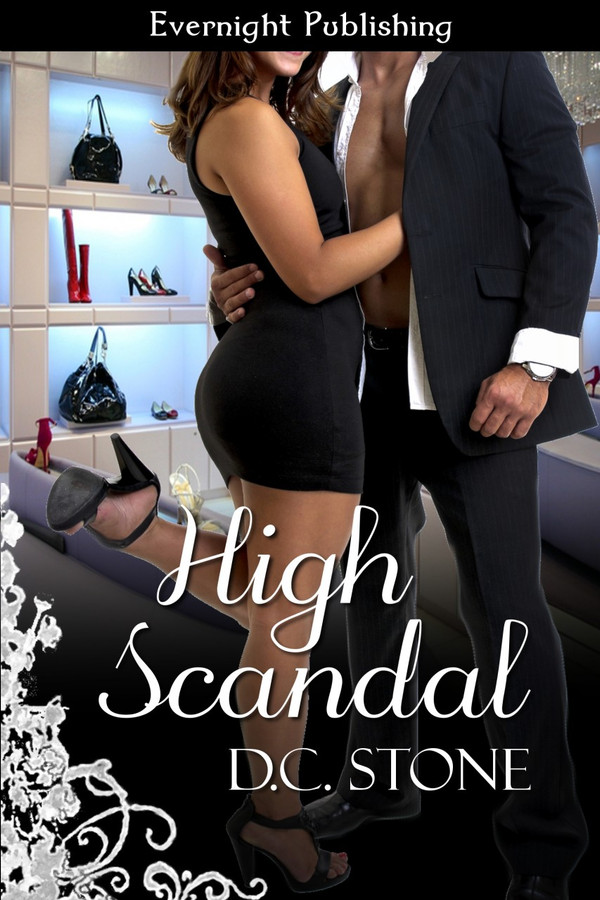 Tristan White begins to think his professional and loyal secretary, Isabelle, is up to something. Her disappearing acts around the office leads him to think she could even be acting as a spy for competitors.

Isabelle has a secret, one she has kept in the closet—literally—for years.

Tristan’s suspicions catch up with him and after following Isabelle, he not only uncovers what secret she’s been hiding, but also begins to see his secretary in a new light.

Can Isabelle break out of the box and see herself as Tristan does? Or will their professional relationship cause lines to be drawn?

Utter mortification, like a heavy hammer, washed through her. Tristan was standing in the door way, his dark, smoldering looks holding something akin to shock in his features. She felt her legs start to shake, to wobble in the five inch heels she wore. As she released her skirt, the fabric fell, brushing against her ankles. Just the feel of the cloth brought her chin higher, her cloak tighter.

Tristan took a step forward and the door shut behind him.

Oh dear, God, what was she going to do?Why isn’t he saying anything?

She cleared her throat. “Mr. White,” she began.

He cut her off, lifting his hand, palm out. The action snapped her head up. His eyes bore into hers, a perplexed expression on his face. He was staring at her with such a look, the only thing she could compare it to would be two strangers passing one another on the streets. As those two people passed one another, they’d catch each other’s attentions and feel as if they knew one another. That look, as if he had seen her somewhere before but she was a stranger now. It was projected across his face.

Once again, that palm came up. “Stop speaking, Isabelle.” His palm fisted tightly and his gaze left hers. He dropped his hand and turned in a slow circle.

She followed his gaze, cringing as she took in what he was seeing for the first time. Shoe box upon shoe box, white, black, pink and red, all stacked and lined against the walls. The shelves were full of them, overflowing in abundance.

As he turned back towards her, she caught his slack jaw, his wide eyes and braced for it. What…is…he…thinking?

Tristan stepped forward and knocked the lid off of a box, revealing tissue smothering black lace pumps, sitting there waiting for her.

Oh those were so pretty. A small, contented sigh left her mouth as she took in the sight of those shoes. They felt like heaven on her feet, despite the four inch heels. Combined with the inch platform, the Mary Jane strap and the peep toe, they made her feel like a woman, like a vixen begging to be let out. She tore her eyes from the shoes and glanced back up at Tristan.

His hazel gaze wasn’t on the shoes anymore. No, they were watching her, studying her mouth.

She watched as his gaze roamed down her body, the touch of his eyes feeling almost physical. The heat held behind his gaze had never been directed at her, but now it blazed. As his eyes landed on her feet, he took a step forward and on instinct, she stepped back. Her foot wobbled as she hit the lid to the box of shoes she was wearing now. She felt her ankle give out and then her weight shifted as she fell back.

Her arms flapped wild. Her foot kicked from beneath her. Through her own panicked state, she heard a grunt as steel arms wrapped around her waist and caught her before she hit the ground. Her body was bent backwards, her face pressed tightly to his neck. She leaned her head back and looked up.

Tristan’s pain-filled face filled her gaze, his complexion turning an unreasonable shade of purple. He promptly lifted her, keeping his grip on her hips as he bent at the waist. Deep breaths racked his large frame, heaving sounds pushing from deep within him.

His hands tightened on her waist, then dropped as he stood. His shoulders hunched forward and drew her gaze down, to stop on the bulge…in between…his legs. Oh dear, God, no!

Breath pushed in and out from between his pursed lips and his coloring grew more normal, from purple to red and then to pink again. After a few terse moments, Tristan finally stood to his full height and, ignoring the bulge in his crotch, glanced pointedly at her shoes.

“Isabelle, please.” His look cut her off and he raised his eyes to look around the room once more. “What is this place, Ms. Stanson?”

She scrunched her face up and searched for an answer. “A closet, Mr. White.”

He gave her a droll look, the answer not mollifying him in the least. “I know that, Isabelle. But what are all these boxes doing in here? And what,” his gaze dropped to her feet, “are those?”

She did shift now. “Shoes, Mr. White.” She reached up and started to gather her hair at the base of her neck.

“You’ve worked for me for three years, Isabelle. I’ve asked you more than once to call me Tristan.”

She frowned again at that. She didn’t exactly think that was professional. Resuming her hands, she pulled the heavy tendrils together.

Her mouth opened to tell him her thoughts, but he cut her off again. “I said stop that.”

She stopped again. “Stop what? I didn’t say anything.”

Tristan let out an exasperated breath and stepped forward. The front of his body brushed against hers, and she drew in a sharp breath. He set his hands over hers and gently pulled them away until they fell to her sides. But he did not let go.

Isabelle stared straight ahead, focusing on the dark blue of his suit jacket. She panted and the movement pushed her chest out. With each touch of his jacket against her skin, she grew all too aware of him. Not as her boss. Not as Mr. White. But instead as the male she had been lusting over for three long years.

“Why do you always keep your hair up, Isabelle?” His voice rumbled through his jacket and held an intimate appeal with them standing so close. His hands still didn’t move.

Slowly, she lifted her head until his handsome face filled her vision.

A strong jaw curved across around a face that was more than handsome, almost pretty. Hard hazel eyes searched her face, seeking something. They roamed over her skin before landing on her mouth.

I love how an idea, an object – high heel shoes, in this case – can be developed into a full-length story, and with this author’s obvious talent, become a truly enjoyable read. It’s cute, it’s funny, it’s romantic, it’s sexy, it’s hot (very hot)... Every reader will find something to relish. Even the very last sentences nicely wrap the whole story up. What a great, clever job. Hell, now I want high-heels too!

Who doesn’t love a good “boss falls for the secretary” romance? It’s a popular trope that’s been around forever. Of course this secretary has an obsession that makes the boss see her in a new light. This was a cute story that was perfect for a lazy afternoon read. Even though it was a fairly short story (41 pages), Ms. Stone kept my attention the entire time. It moved at a fast pace, had a good conflict and also contained a subject that I, myself, am a little obsessed with. It never landed me a hot alpha boss, but that’s what fiction is for, yes? Also, can I just say: I totally loved that the cover has a curvy girl on it! Being a curvy girl myself, I notice these things. This was my first book by Ms. Stone, but it will not be my last. I love finding new authors to stalk, err…read and follow. *g* I can’t wait to read more by Ms. Stone.

I laughed so hard--loved it! Sweet and sexy, too.

This is D.C. Stones first book and I can honestly say that I&#039;m looking forward to many many many more. Tristan White is owner of Snow Media Isabella Stanson is his secretary with a secret. Sparks fly from the get go and this book kept me enthralled from the beginning. It was sexy, flirty, Dominant and romantic all in the same sense. For romance it was a refreshing read, not overly graphic but just enough that had me going UGH I want more..

Reading the previous review I can only agree with them. This author has to be watched closely because they&#039;re dangerous. She had me hooked from the first word to the last. I&#039;m afraid next time I buy one of her books I&#039;ll have to also invest in adult diapers because I read for half the day and only stopped to go to the bathroom. Hot stuff! Love it! Put me on your mailing list DC!!!!

D.C. Stone is definitely an author to keep an eye on. I thoroughly enjoyed this novel and I&#039;m sure others will as well. I hope she keeps up the awesome writing and I can&#039;t wait to read her next piece of work.