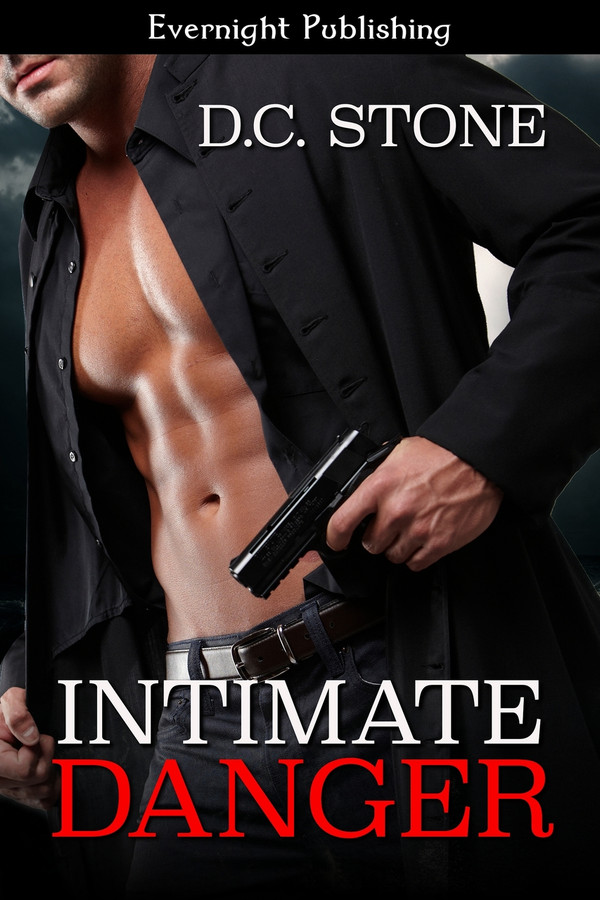 A sleeping threat has awakened in the cozy village of Nyack, and Detective Charlese “Charlie” Lopez is tasked with stopping the deranged perpetrator. Ready to prove herself, Charlie’s surprised by the arrival of two FBI agents sent to assist, one of which is the charming and sexy, but guarded, Trent Rossi. As the crimes progress, so does Charlie’s desire to know Trent on a very personal level. She finds her attraction surging for the agent—only to realize that his random disappearances, his silence when questioned, and his exceptional knowledge of the perpetrator make him the primary suspect.

Dark secrets begin to blur the line between who is on which side of the law. If she can’t solve these crimes, Charlie’s attraction to Trent could become fatal.

It may be too late already.

Jesus, he should be looking for this Detective Lopez, but his body screamed for this woman. He fought the urge to fidget, cursed the hours he had been working, unable to get any kind of companionship. He would have to work quick and then find Charlie. “I’m Agent Rossi with the FBI.” He leaned against the desk, gave her the look that had gotten him into pants faster than any of his college buddies, and held out a hand. She looked at his palm as if it were a serpent ready to strike.

“And? How can I help you, Agent Rossi?” She rose from her chair and crossed her arms under her breasts. He tried—and failed—to ignore how the movement pushed her plentiful mounds up toward her chin.

He pulled his hand back and ran it through his hair.

Bad move! The stench coming from under his arm made him wince.

“Look, I know you probably have things to do,” he said.

She nodded, brows lifted to her hairline, as if saying “no shit.” He went on, “But I do need to find Detective Lopez. You’d be a real sweetheart if you could point me in his direction. I’m here on a case and I don’t know…maybe after I’m done briefing him, you’d like to have dinner with me? That is, if you’re not busy?”

The contortion of her brows twisted before a sly smile spread.

Someone groaned, and Trent glared over his shoulder, perplexed. The heavyset guy in need of Tide shook his head and looked away. Irritated at the interruption and apparent lack of man code, Trent turned his attention back to the cute little female.

The woman shifted and sat in the chair with purposeful, slow movements. She set one foot on the desk, crossed a long leg over the other. Each action played out in slow motion through his lust-filled brain. He shifted, his focus glued to the smooth expanse of a jean-covered thigh, and stepped closer.

“And why is it you need Charlie?” The woman ran a hand up the outside of her leg and his attention followed it. His mouth went dry.

“Yeah.” When silence met him, he realized what was happening. You didn’t have to go through interrogation and interview classes in order to figure it out. He was being led. His gaze snapped to hers, except this time, her face did not look friendly. If the hardening of her mouth was any indication, she looked pissed. And he’d been totally caught just checking her out.

Resigned, he let out a breath.

“Yeah, a case. Look, I’m sorry for all—” He waved a hand between them. “This. Could you just point me in the direction of Detective Lopez?”

Her hard mouth softened and she stood from her chair again, lips turning up at the corners. Leaning into him, her scent surrounded him and he got a whiff of coconut.

His gaze tracked along her face, and dropped to her shirt, which parted as she leaned forward. He about choked as he tried to swallow, his mouth dry as the Arizona desert.

“If you could stop staring at my tits for all of two seconds, then I’ll tell where you can find Detective Lopez.”

The noisemaker behind him let out a strangled cough.

Detective Charlese “Charlie” Lopez has waited a long time to head up a big case and now she has her chance. Her small town is being terrorised by a peeping tom and it has drawn the attention of the FBI. Agent Trent Rossi claims he is not there to take over but to help profile the perpetrator whose crimes are escalating at an alarming rate. Immediately attracted to one another, Trent and Charlie must put aside the flirting and work together to catch the suspect before he commits a more serious crime. But time is running out, the offences are worsening and their chemistry is growing. Suddenly Trent’s behaviour is becoming erratic and secretive and Charlie doesn’t want to face the fact he could be a suspect. Charlie is a tough female detective fighting to earn her place in a male dominated department. She has lost people close to her and is wary of relationships. Trent is a heroic FBI Agent who fills a suit to perfection. The plot is gritty, suspenseful and fast paced with twist and turns aplenty. This book has all the ingredients for a great romantic suspense and I look forward to reading other books in the series.

Intimate Danger has it all: intriguing characters, steamy romance, and page turning suspense. A strong-minded female detective, eye candy agent, and the ‘who done it’ plot made turning off my kindle impossible. Great story.

If you like books with a strong female detective, a sexy good looking male FBI Agent, a case to be solved and a little HEA, then this is the book for you. Detective Lopez is a kick ass female police detective in a small town with her first case as Lead Detective and in walks FBI Agent Rossi. The case has twist and turns with ever turn of the page and you can&#039;t wait for the climatic ending. I think this is the best writing I&#039;ve read by DC and I look forward to reading many more of her books. I feel in love with a secondary character Detective Dwayne Gonzalez and I believe there is a story there to be told. I just hope DC feels the same way. This is a must read!

I came across Intimate Danger at a time when I was looking for a new book to read. I wanted something fresh. Blood-boiling hot, fast-paced, tense to the point of deadly, yet with the drama-filled ups and downs of a growing romance. D.C. Stone&#039;s story was the only one to fit the bill. I volunteered to critique it, but more as a reader - quickly becoming a fan - than a fellow writer able to be of any help. Among a great cast of characters, we meet the tough, beautiful heroine struggling to put a painful past behind while building a career as a police Detective... assigned to her case, the secretive FBI agent with looks to die for - literally - and most suspicious behavior... and, setting the stage, a deliciously naughty, perfectly mental bad guy whose untamable needs just keep escalating. Who is who? Know that if you choose to read Intimate Danger, prepare to immerse in tensions of *all* kinds, sweating gallons for hours on end because you won&#039;t be able to put it down. As for me, I&#039;m still a devoted reader and fan of Ms Stone&#039;s.