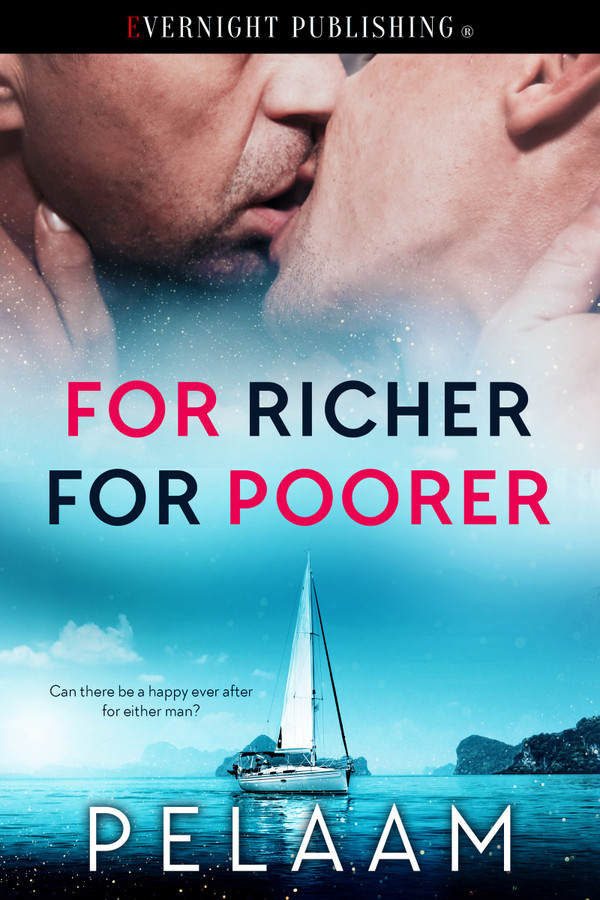 To successfully close a business deal, business tycoon Scott is horrified to discover he will need to find a husband in a hurry.

Having been once bitten, Scott is twice shy. But he finds a reluctant groom in his firm’s accountant, Connor, a young man who is dealing with inherited debts.

Connor is alarmed by the proposition, afraid his true feelings for the sexy older man will be discovered.

For the sake of his younger brother, he agrees to Scott’s proposal: to be Scott’s short-term husband in return for their debts to be paid off in full.

Can there be a happy ever after for either man?

With a nod to the other men, Scott teed up for the shot and sank the ball for yet another birdie. His guests applauded graciously, despite being many shots behind him. Normally, such a win would have him in a good humor, but it was offset by the edge of nervousness around his latest business deal. And how close to slipping from my grasp it’s become.

Scott hated to lose at anything and lived his life as if it were one of his beloved golf matches. Keeping my eye on the target, working out my strategy for completing the course, controlling the ball, and coming away with the prize at the end.

“Please, finish your game, then come through to the bar.” Scott indicated the green. “I think I spot a good friend in the clubhouse and I’ll see if I can persuade him to join us for lunch.”

Naturally enough, they’d known each other too long for Chris to bother pretending he wasn’t anxious as Scott strode into the clubhouse. Not that anyone but Scott would know, as he crossed the floor to the bar.

“I’ve told my guests to order themselves something to drink when they come through. Tell them it’s on me and to start a tab.” Scott gestured toward Chris. “I’ll join them in a moment.” Scott then turned his attention back to Chris. “Don’t tell me you couldn’t get me a ticket.”

“How difficult can it be?” Scott muted the gesture of throwing up his arms. “I need one ticket for that cruise trip around New Zealand. I want two, because you’re coming with me. It’s expensive, no worries. It’s exclusive, no problem.  Barry even said there would be no trouble.” Scott’s eyes suddenly narrowed. “He looked incredibly pleased with himself when he did. What’s that crafty bastard done now?”

If Scott lived his life like a golfer, Barry was a chess player. A man capable of playing a very long game and with the infinite patience, and tactical acumen, to make it pay off. Scott waited, his patience evaporating as Chris took a deep breath, letting it out slowly.

“Let me tell you the other problem first. Your ex is going to be on the cruise and while they may have a husband on their arm, that doesn’t mean they aren’t still after your ass.”

“Fucking awesome.” Scott’s dark eyebrows furrowed, giving him the devilish appearance that made women and men’s knees alike go weak. “More like my money than my person. But the problem’s not surmountable if I make sure there’s always someone with me when they’re around. And the other?”

The less said about Scott’s marriage the better. Fucking little gold-digging bitch. Even Chris was fooled. Thank the gods for pre-nups. They still got more than they deserved out of the deal. But at least Scott’s businesses and money were saved, even if his heart had been broken at the betrayal. Three years and it’s still as hard as stone, not so much as a date.

“Out of respect for one of those illustrious individuals on board the ship, who believe in the magic of love and marriage, all his guests must also be married to take part in the cruise. No exceptions, no excuses, and no exclusions. As your personal assistant, I can be single, as can any other staff while on board, but you must be married, or you don’t get a ticket. It’s as simple as that.”

“No fucking way. He can’t be serious. Can he?” Scott hoped he didn’t look as shell-shocked as he felt, but all Chris did was nod.

“He knows you’re running out of time. This is the last chance you’ll have to get those papers signed and clinch that deal and it’s on that boat. But you can’t set foot on board if you don’t have a groom, no matter how reluctant you both may be, on your arm.”

“That wily fox is up to something. I don’t remember him being so perverse since before my wedding. Looking back, I wish I’d taken up his offer of running out the back door of the church and hiding out at his place.”

“Hindsight is a wonderful thing.” Despite the situation, Chris chuckled, then he turned serious. “Just say there was someone. So long as I get the ball rolling by tomorrow, I can get a license and it’ll all be done with a day to spare. Barry will keep three tickets for us. But won’t release them without everything in place.”

“I don’t suppose you know a good forger and an even better actor?” Scott asked.

“No, but I think I know a good candidate for being your reluctant groom.”