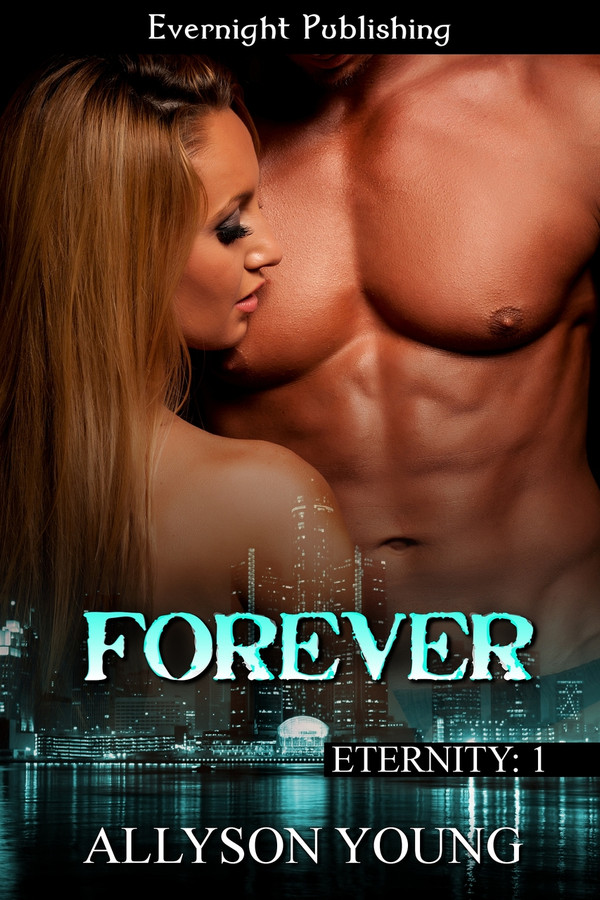 Dean Chambray is an arrogant, handsome, undercover crime boss, awaiting a certain man he must take down. Women line up for him, but when they put out, he puts them out.

Enter Amy Copeland, product of foster care, the streets and glitter of Vegas. Resolving to change her life, she abstains from relationships.

These damaged souls meet, and beneath the searing lust lies a deeper sense of belonging. Cautiously building a life together, Dean falls back into misogyny. Betrayed, Amy flees.

Recognizing his folly, he struggles to find her, while the pincers tighten around his small organization. Desperate, Dean resorts to kidnapping when she refuses to return.

It takes patience and considerable effort to convince Amy to trust him again, and accept he loves her. Then, caught up in a pre-emptive strike, her life is at risk. Dean must rescue Amy from certain death, making her his own, forever.

The door flew open with such enthusiasm it rocked back on its hinges to meet the flat of Dean’s hand. The look on his face sucked the air out of her chest. Nearly uncontrolled violence. Forcing her flight response down, hoping to help soothe, Amy made to go to him, only to be forestalled by the imperious upswing of his other hand. The Terminator couldn’t have done it with more terror-inspiring authority, the manila envelope he clutched—a weapon.

His grey eyes locked with hers and the glitter of rage then colored over with the sheen of scorn and hatred until they were shards of crystal. Being adept at reading looks and gazes, she knew this did not bode well for her, and she was always the master of understatement, the empress of hope since meeting Dean. Her hand drifted to rest on her belly, an automatic, protective gesture.

His tall, muscular form froze in the doorway, filling the space. She could hear his deep, heaving breaths. The faint ticking of the clock, the drip of the sink and all the other usual noises in their condo faded away before the sounds he was making, and her vision narrowed to focus on him. She was vaguely aware another large body flanked him, and saw an equally large hand clamp down on his shoulder in an attempt to fix him in place when he leaned forward threateningly. The nails of that hand were clean, with the exception of badly bruised fingers, the nail beds purple and blue. Randy, his hand injured in the fight—was it only the day before? Her anxious mind seized on the details while quailing from the symbolism. It knew pain was in the offing, just not the form it would take.

“Get your shit and get out.” Her man’s handsome face was set in granite, offset only by the unsuppressed fury churning in his eyes.

“What’s wrong?” Was that her voice? That tiny, tentative whispering thread of sound?

Dean never turned his temper on her. Amy saw him angry, pissed, furious even. He didn’t hide his emotions. He acted many of them out, but she liked that about him because she didn’t have to watch so carefully and ensure the accuracy of what she was reading in order to protect herself. It had been a huge burden Amy had been glad, no, supremely grateful, to relinquish.

Shrinking back at the vitriol in his voice, a nugget of humiliation taking root and unfurling way down inside, Amy worked hard at masking her pain. She gave Dean everything sexually. Willingly. He’d never spoken to her with such disgust, aired their personal lives. He knew how ashamed she was of her past. She couldn’t think of anything to say, couldn’t respond in light of the fury he exuded. Snatching up a jar of spices from the cabinet he hurled it at the opposite wall where it smashed and shattered into slivers to emulate her crumbling life.

“Find out what?” She finally managed to croak the query past the tightening in her throat.

The envelope sailed across the short distance, windmilling, catching her thigh with an edge, a surprisingly solid blow. It settled at her feet. She stared down at it, lifting her other hand to link fingers with the one at her belly, to refrain from reaching for it. The innocuous yellow brown of the packet didn’t shed any light of explanation yet pulsed with dark warning. Squinting, she could make out Dean’s name, written in bold, black strokes, but no return address, at least not on the side she could see. Amy raised her eyes once again to his.

“Out. You’ve got a half hour. And you don’t show your face anywhere I do. You see me in the distance, you turn and walk the other way. I come into a place you’re at—you haul your ass out. Or I won’t be responsible. Clear?”

It hit her then. She’d been wrong. She’d been wrong a whole lot of times when younger, but she was so certain she and Dean had it right. Wrong. And it gutted her, left her without an ounce of energy. She had no clue what it was she’d done, but it didn’t matter. Dean wasn’t going to give her a chance to explain, even if she could. His shit was deep and while knowing it well, she truly hadn’t believed it would drown what they had. Had. Past tense. She’d allowed herself to hope, been lulled by the apparent growth of their relationship, and was suddenly transported back in time to her expected reality.

Get over it, Amy, wrap it up. No time for tender reminiscences. Making herself nod she looked away from his beloved face. The familiar numbness from all past mistakes flooded over her, the comforting shield of shock easing the wrenching pain. His boots hammered out the door and down the steps.

Amy Copeland was raised in the foster care system, the streets and Vegas. Amy has trouble with relationships and always picks the wrong one so she stays away from all relationships now. Amy’s best friend moves around with Amy and is the one person that she can trust. Dean Chambray is a hot and sexy man whose main business is not always on the up and up. He is basically a crime boss looking to take down another crime boss. Before Amy woman lined up for him and Dean had the pick of them. Dean falls for Amy at first sight. The chemistry between Dean and Amy is blistering. The sex scenes are hot and spicy. When Dean is faced with an issue with Amy, rather than talk to her he kicks her out. Dean is not the nicest guy and Amy leaves everything behind to protect what Dean has no idea about. Forever is the first book in the Eternity series by Allyson Young. I found this book well written. The main and secondary characters were interesting and realistic. This book will suck you in and not let you go until the very end. Overall, this was a great story. I can’t wait to read the next book. I hope we get to see these characters again in the future.