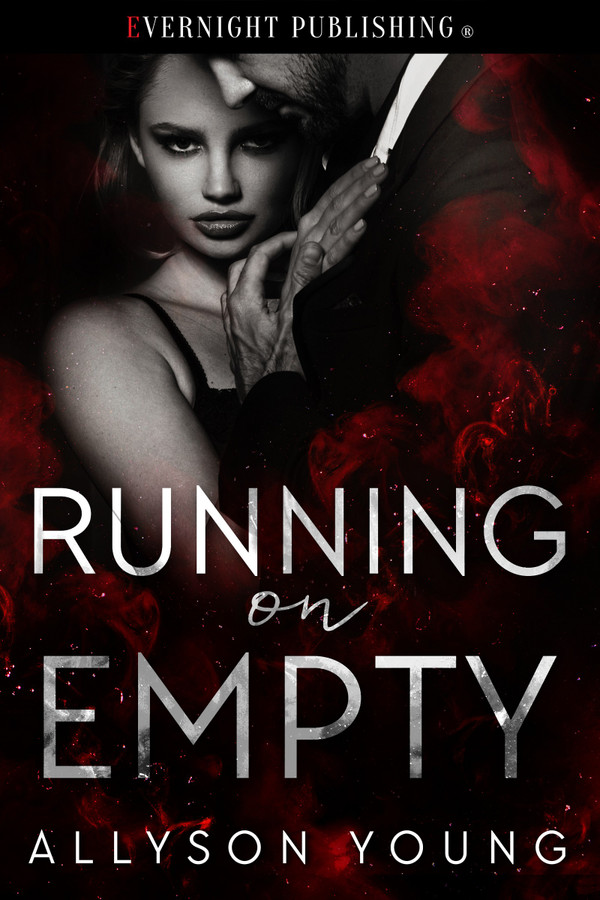 J.R. Redding saves ailing companies, and if his relationships with his personal assistants raise eyebrows, whatever works. He steps in to save Alanna Giles’s company and get closer to the beautiful blonde. Her father agrees that Alanna fill the position of his P.A.—not that she’s to assume the submissive role J.R. demands—yet.

Alanna must recover the money her father stole and return it to the company—without alerting J.R. She knows what his assistants provide, but if she refuses, can she ensure her little sister is financially secure? She takes the position, leading J.R. to believe she’s agreeable—to everything.

Truth will out, and J.R. fires Alanna, as he can’t abide liars, though she hasn’t been lying to him for some time. She loves him.

As she leaves, tragedy strikes, and J.R. faces the fact he dismissed the woman he loves. Do his skills extend to saving her?

He didn’t bother to hide his displeasure this time, not even minimally. Apparently, he felt he could be less than inscrutable around his PA. A frisson of fear etched her spine. This was a hard man, and she maybe wasn’t well equipped to deal with him. She was used to slimy, sneaky, manipulative men like her father—often stupidly blind men, but clever like foxes.

“Don’t go behind my back again. I didn’t like learning the provisions you instituted from the company’s legal beagles. And I don’t disrespect contracts. If you and I turned out to be incompatible, it wouldn’t have reflected on our preliminary payout figure.”

Inclining her head, she agreed. “I won’t. I apologize. I forgot my place.”

She ignored his comment about contracts because he was a despicable man even to remind her. The traitorous tinges of arousal hadn’t totally faded before his ire, and she found that far more disconcerting. His hard strength called to her, even as she was wary of it.

“Don’t forget it again. You won’t like the consequences. And no, you won’t be fired. I have other ways of dealing with disloyal employees.”

It was on the tip of her tongue to inquire if he was required to deal with large numbers of them. She thought better of it, her body quaking in bizarre areas at his comment because it conjured up some unacceptable impressions of precisely what he was referring to. She nodded again, instead.

“Verbalize, Alanna.” His voice wasn’t loud, but it cracked across her senses like a whip.

“And more, Alanna.” His tone was reasonable if the flaring in his eyes wasn’t.

Feeling her face flush, she lifted her head and stared him down. “Having sex with you doesn’t change facts, Mr. Redding.”

“Let’s get things out in the open, sweetheart. You appear to be carrying a huge chip on your shoulder. You agreed verbally. And I thought you read the contract and agreed to it. That you wanted this.”

“I know better than to waste my energy in a futile battle.”

JR barked a huff of laughter. “You could have refused and quit. Found a position elsewhere. One you wouldn’t have found so distasteful.”

Oh, no. She wasn’t going there. “I don’t have to explain myself, Mr. Redding. I agreed to be your PA, and all that entails from your … perspective, for the next six months or until my father is recovered enough to take over. We’ll ensure the viability of the company. What else matters?”

That bold statement made her head swim. The man was indeed a piece of work. A gorgeous, hot piece of work who appeared to believe that having his personal assistants sign a contract giving him not only their job skills but total access to their bodies with a nondisclosure agreement attached wasn’t forcing women.

But then, the other women before her hadn’t likely felt forced, and he was simply protecting himself from a lawsuit. With a hitch in her chest, she again wondered how many of them moved on or were moved on with their hearts broken. Not that there was any worry for her in that regard. She might be drawn to him physically, but she didn’t like him—or trust him.

“I signed the contract. You won’t be forcing me,” she repeated, suddenly struck with the fear he’d release her and pack it in himself. And the company would fail without his guidance, and her sister would suffer and—

“Jesus, Alanna! What is it with you? Do you have some kind of condition going on? This is the second time you’ve blanked out on me!” He was so close she could feel the heat emanating from him.

“What?” She pulled herself out of the anxious spiral. She had to convince him! “No, I’m fine. And you won’t have to force me. I want to do this. I do. I … I’ve found you attractive from the beginning as you probably noticed, and, well, I decided to quit fighting it.”

Maybe the fact that she spoke the truth made her words ring true. Her last relationship was forever ago and hardly memorable. She’d met JR once before, and he’d made an impression. One she hardly had time to think about, let alone pursue.

He spoke to her in a primal way. It might be all tied up with her other, less than happy feelings for him, but there was definitely chemistry. And there was a definite sense of relief when she put it into words.

Justin stepped back and returned to the couch. She couldn’t read him, couldn’t interpret the look flashing over his face. He studied her in silence, and she tried to look both attentive and interested, reassuring. Not terrified and aroused. It grated on her to be truthful and quit hiding from herself, but she’d been thinking about this man’s hands on her, stroking her breasts and dipping to find her needy clit, his cock thrusting hard into her pussy.

Whatever he assessed must have reassured him because he nodded and gave her a smile she’d seen him give others, only with a slightly evil tinge.

“Then we’ll begin. I work all the time, but I won’t expect you to work day and night. You’ll begin at eight each day, and there will occasionally be overtime, but usually, you’ll be finished by six. We’ll have lunch and dinner breaks regardless if there’s overtime. You’ll get a day off a week, which will need to fit in with the work schedule, so it won’t be the same day every time.

“I’ll require you sexually both here and at the office depending upon my mood as was indicated, but I assure you that you’ll be taken care of, and I never intend for you to feel … used or degraded. You’ll wear what I tell you to wear in my home. I’ll provide that clothing if you don’t have it and anything you’ll require if we need to travel.”

How could he be so blasé about the sex part? And travel? Shit, she hadn’t considered that, but she nodded anyhow. At his fierce glare, she added, “Yes, sir.”

“My hours are eight to six with lunch and dinner breaks. S … sex both here and at the office, and I’m to wear what you provide, here and when we travel.” God, this was insane, wasn’t it? Except having the decisions made for her was curiously freeing. Relief flared again. She was so tired.

All she wanted to do was get the job done, knowing the end result would make it worthwhile, unlike the roller coaster her father piloted for the past several years. Maybe then she could just … be. And don’t forget the fringe benefits, an evil little voice suggested.

“Good. And you’ll take orders from me and no one else unless I dictate otherwise. One last thing. If I do anything to you or ask you to do something you absolutely cannot abide, you’re to say the word breakpoint. But do not use it without careful consideration, Alanna. I don’t tolerate cowards, and if I believe you’re using it to hold me off without cause, then you won’t appreciate my response.”

“Tell me what you’re thinking.” He was obviously brooking no argument, and never had he looked so arrogant and determined.

“And we aren’t entering into such a formal relationship, I assure you. But I am demanding sexually, and I sense something in you that has me believing you’ll meet my needs. The chemistry you referenced.” He smiled again, and her belly lurched. “I’m only ensuring you won’t be pushed too far.”

She hardly knew this man. They’d struck sparks each and every time they’d met during the course of the negotiations, and she hadn’t cared to get to know him better, especially when he was taking over and making her uncertain about the future.

And when she’d said she didn’t like him, it was true. He was difficult to like because he embodied every male quality she’d decided to dislike and avoid.

She wanted a kind, gentle man, one who respected her wishes and treated her sweetly. Or so she thought. She hadn’t found that fictional individual, and it wasn’t likely she would, considering the cutthroat nature of the business she worked in and its demands on her time, let alone her commitment to Lonnie.

But that didn’t mean she ever wanted to like Justin Redding. So the compatibility he thought he’d picked up on was chemistry, something she’d already acknowledged.

“Suffice it to say I’ll hold up my end of the bargain. You won’t have to force me.” She meant it. He’d confused her with that reference to some kind of connection, but she was going to keep up her end of the bargain. For all sorts of reasons she could no longer catalog. Alanna Giles, who was so damn organized and scheduled she was like a robot, couldn’t get her thoughts straight.

Those eyes glinted of ice again. “I didn’t mean to imply I’d have to force your body, Alanna. I have considerable confidence in my sexual expertise. But I won’t force you to submit to me. You’ll come to that on your own.”

Fat chance. Her heart and soul were intricately connected. She wasn’t going to dignify his assumption with a response and ignored the butterflies in her belly and the fluttering lower down, right between her legs. The damn thrumming was back.

“When would you like to get started? I’ll fetch my laptop.”

“No need. We’ll be brainstorming for now. And we’ll start immediately. Strip.”

Her movement to rise from her chair was arrested. Her brain turned the command over in her head. Had he really said it? Meant it? She cautiously looked his way.

He stared back, waiting, not moving a muscle. He hadn’t said he’d terminate her employment or threatened her again since the interview. She had agreed to this, had willingly consented to his demands. She’d made her choice, no matter how she might want to make it his fault. All her recriminations behind that bedroom door only a few minutes earlier fell away, taking along all her options.

“Did you ask me to strip?” She thought she might ask, just in case…