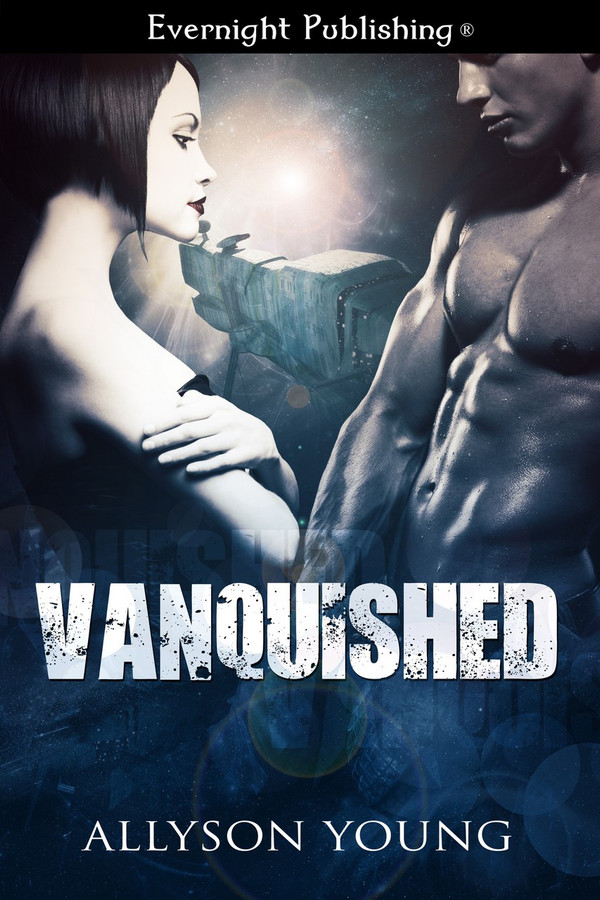 Sometimes, allies aren’t what they seem…

After a genetic bio weapon wipes out nearly every Shadalla female on the planet Nibiru, Sovereign Vayne Palldyn is determined that his species not become extinct and vows to take revenge on those responsible for the genocide. But Vayne is about to learn that some things can’t be taken by force.

Former prisoner of war Neira Grekov was looking for a new start when she boarded the starship Astris. Being kidnapped by the Shadalla wasn’t what she had in mind. She’s heard the stories before, rumors of the Shadalla abducting women, and she knows all too well what’s in store for her fellow passengers. When Vayne claims her as his chosen mate, Neira is determined to resist the handsome sovereign. She’s long since stopped believing in missing pieces and forever.

Then the stars align and truths are discovered—and nothing will ever be the same.

Daggers at the ready, the three once again approached the crack when there was a mechanical sigh and the doors opened. Vayne spied a young, fair-haired male standing wide-eyed, his mouth dropping open as the pirates charged from the lift. Vayne followed on their heels, wincing as they mowed the young man down with a hit to the head, the impact throwing him into the corridor wall. Then all chaos descended.

A significantly smaller figure, dressed completely in black, waded into the triangle of pirates. It laid Barek low with well-placed blows to his knees and an uppercut to his jaw as he fell to the ground. The baton inflicting the punishment flashed in a blur of movement to match the warrior’s whirling grace. Vayne was already moving to assist when the fighting dervish dealt with Duff, body moving with grace and deadly intent, bringing the pirate down with punishment to his kidneys. Short black hair gleamed in the harsh lighting as the warrior spun to take on Ristos, who’d become tangled in Barek’s long arms as he sprawled, almost senseless.

Vayne used his shocker, nearly catching one slender, black clad shoulder as their opponent made contact with Ristos’ ribcage, the baton making a dull, wet sound in contrast with the captain’s growl of pain and rage. But the little warrior whirled out of range, turning to renew the attack, and the bolt spent itself harmlessly against the bulkhead. Vayne’s cock filled and stood at full attention, causing him considerable discomfort in his tight-fitting space uniform. By the shades of Turco, it was a female. And what a female. He locked eyes with orbs a brilliant shade of the golden gemstones so prized on his planet before she charged, moving gracefully on the balls of her bare feet.

“He dies!” Duff’s howl cut through the tension as Vayne prepared to defend himself, and the female halted, stumbling as she did so. Duff held his weapon at the young male’s throat, vicious intent written across his features.

“No, don’t,” the lithe beauty called out, and Vayne watched, transfixed, as she dropped to her knees, carefully laying down the lethal weapon she used so efficiently. She then clasped her hands behind her neck. Her voice, while plaintive and breathless, was nearly musical to his ears.

Nothing in her posture spoke of true submission, but it didn’t matter to Vayne’s cock. That appendage throbbed painfully and he was at a loss as to how to calm it. Never had he ever… Vayne struggled to make his body move. Captain Ristos moved first.

Kicking aside the baton, he gestured to Duff, who released his hold on the still-unconscious young male and pulled his dagger away. Was this woman attached to the man? Guarding him? Vayne shook his head. It didn’t matter.

Ristos bent and clipped a pair of solar cuffs around the woman’s wrists, and Vayne approved of how efficient the captain was, yet afforded the little female respect. He wasn’t the only male to appreciate her attempt to defend this deck. The restraints emitted slight whirring sounds as they engaged. Charged by any light source, they were virtually impervious to tampering and would open only to the owner’s print. Vayne pulled the control from the captain’s hand, entered his own print to replace Ristos’, then crushed the control beneath his boot. The pirate captain didn’t blink an eye, though his two men exhibited some slight surprise.

“Help one another to our ship,” Ristos instructed them. He waited as they hobbled to the lift, throwing glances of retribution mixed with awe toward the woman still kneeling in the corridor.

“I’ll bring the other passengers out and offer them your conditions, Sov—sir.”

Vayne gave up any pretense. As desperate as the Shadalla were, their scientists had confirmed the compatibility of Earth females to breed and bear their children, and some of his species’ males had actually found their chosen. Gone was Vayne’s need to merely pick a female out of the women on this ship, using careful parameters to ensure she was suited for his position, able to bear his children, and of a nature and appearance to stimulate his desires in order to put those offspring in her belly. Royal concubines weren’t unheard of, after all, and the odds of him finding a chosen were slight. But he couldn’t look any further, impossibly drawn to this imperious warrior at his feet. And should he ever be fortunate enough to find an actual chosen mate, this lovely woman would retain concubine status, regardless.

“Bring the men out. Offer. I’ll send my exec to scrutinize the females.” He wasn’t that overwhelmed to forget he had a duty to other men in his service, Leric included.

“Good. And then we’re off. A pod to recover. And if you require any other…services…”

“And if you require anything I might be able to provide. Any assistance?” Vayne offered.

“I might take you up on that someday, sir.”

Nodding, he reached down and fit a hand under the elbow of the female, and his world turned upside down. The physical attraction had been immediate, granted. But the instant he touched her and her scent enveloped him, his brain exploded with a revelation he’d only experienced once in his life—and a very subdued and pale version at that, one manipulated by science. Vayne didn’t need another minute with her to understand the symptoms and wished to shout his joy out loud. She was a chosen and not his future concubine. She came up with the lightness of gossamer, and only his quick reflexes saved him from a knee to the groin as he turned to catch the blow on his thigh. Little spitfire.

I really enjoyed this Sci-Fi novel. Ms. Young did a great job with both main characters and the story line was simple yet very intriguing...am hoping for a squeal to this novel