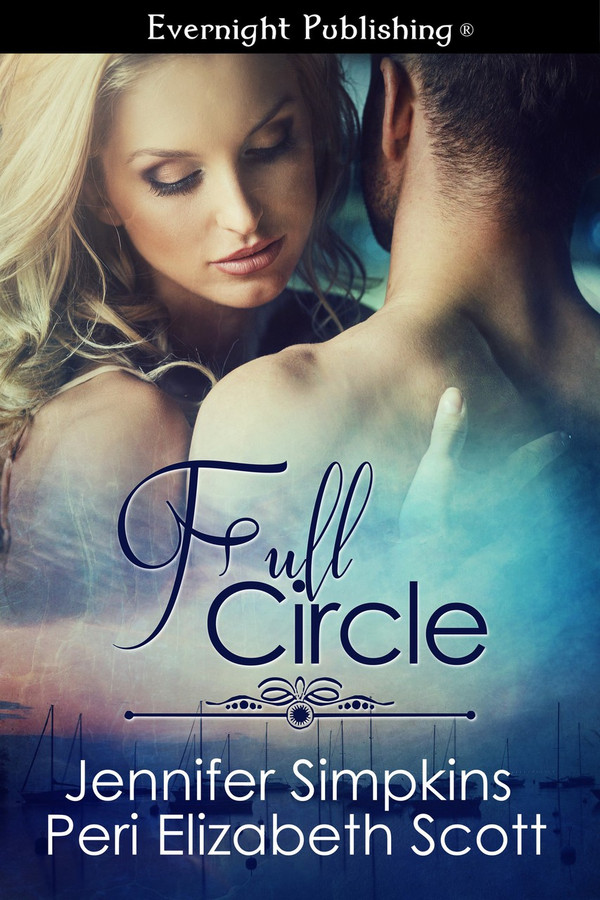 Heath abandoned Ellie Scott thirteen years ago, disgusted and betrayed. He’s now reluctantly back for his father’s—count ‘em—fourth wedding because he promised his little sister. Mia wants him to make up with their dad—and she’s never stopped talking about Ellie.

Ellie never got over Heath Granger. She had no idea why he left, only that it cut to the bone. She’s doing the flowers for his father’s wedding so they are bound to meet.

Thrown together again, Ellie learns why Heath abandoned her. Like father, like son, except she quite likes Mr. Granger. Heath, not so much, considering how quick he was to believe a lie—and think the worst of her.

Faced with the truth, Heath is terribly ashamed of his actions. He can walk away again, or man up and make amends. But will Ellie forgive and forget? Will they come full circle?

Ellie buried her head in her hands and silently screamed, frustrated by the situation Mia had put her in. When she looked back up she saw him. His dark hair was a tad too long for convention, but it suited him. For half a second she let herself imagine what it would feel like to run her fingers through the thick mane. The simple touch used to bring her so much pleasure, but then that thought forced her to remember their last time together and that was enough to bring her back to present time. She couldn’t ignore his same strong, handsome features. Heath gave off an air of command even at this distance, and he wasn’t soft at all from his desk job. So probably not staid either. Of course, he looked more mature, but still like Heath.

He stopped to say something to the hostess. She motioned in Ellie’s direction, but he’d yet to notice her. A white buttoned up shirt tucked into a pair of dark slacks was anchored with a thin belt. The first two buttons on his shirt were left unattended to, giving him a more casual, cool look. His slick, black dress shoes were the only part of his attire that stood out to her though. The old Heath only wore something so fancy to a funeral or wedding—even then it was iffy.

And if Heath being beyond sexy wasn’t enough to knock her off balance, him not being alone was. As she had somehow already suspected, a blonde bombshell in a sleek, blue dress hung on Heath’s side, as if claiming him and warding off all other women. High heels showcased her long, tan legs. Ellie became insecure in her simple, flowered sundress paired with white sandals. If this was what he was into… No, Ellie, don’t you dare do that to yourself.

“Here goes nothing,” she heard herself say, about the same time Heath and Blondie reached the table. Mr. Roy and Renee were not too far behind them. And God, Heath was indeed sexy with a little hint of danger surrounding him.

Mia saw them about the same time. Leaping to her feet, she about tumbled over her chair, trying to reach Heath. In that moment, seeing how happy her friend was, Ellie figured all the discomfort that was bound to happen tonight would be worth it.

A smile spread across his perfectly shaped lips as he took his sister into his arms. He looked genuinely happy. “It’s good to see you, little sis.”

Ellie watched the interaction between Mia and Heath, pleased for the both of them. It was apparent they’d missed each other. But all she wished to do was get the dinner over with so she could go home and possibly never leave her house for the foreseeable future—at least not until Heath ran off again.

Renee acknowledged Ellie first. “I didn’t know you would be here.”

“Yeah, Mia’s full of surprises. It seems she didn’t tell anyone I was coming tonight,” she said, looking in Heath’s general direction.

If Renee noticed her glance, she didn’t give any indication. “Well, we’re glad you’re here. You know we think of you as family.”

Mr. Roy left his children’s side, and Ellie stood, accepting his bear hug. “It’s good to see you, Ellie.”

The only other person left to greet—well, two people—was Heath and his date.

And then she was face to face with him. She felt all eyes were on them, but Mia was holding a conversation with Blondie, and Mr. Roy and Renee were taking their seats.

Heath was first to break the awkward silence. Extending a hand, he leaned into her. At that very moment she made the mistake of inhaling, taking in his fresh smelling cologne. “Ellie.” His voice came out low. And that did funny things to her stomach. The flip flops only got worse as he swept his eyes down her body, from her face to her painted toes and back up to her flaming red cheeks. Damn him.

“Hi” she said, clearing her throat, clearly not as unfazed by their meeting as he appeared.

His stare set her body on fire. He made no attempt to move and she became aware she’d failed to shake his hand. She’d taken it into hers, and lord help her. His hand was rough and strong, making her want to shiver. She also couldn’t ignore his eyes as they bore into her, dangerously dark, sending a jolt of excitement to her core. This couldn’t be happening. After all these years, he still had the same effect on her. And then it seemed the connection broke his calm and collected exterior because he didn’t let go immediately. Instead, he raised one beautifully arched eyebrow at her.

His touch, his smell sent her back to a time when things were just as complicated. Except then she welcomed the complication he brought into her life. His lips, warm and moving over hers. His tongue swirling with hers, sending little jolts of electricity to her sex. His body rubbing against her. The feel of his—

“Heath, darling, who is this?” Blondie was now back on his side, running her manicured fingers up and down his forearm.

A cold dose of reality put out the fire that had sparked between her thighs. It was going to be a really long night.

Heath cleared his throat and collected himself. She wondered if he’d allowed himself to go back to that place too. “This is Mia’s best friend, Ellie Scott. Ellie, this is Melissa Adams.”

Voice just above a whisper—audible to only Heath and Ellie—Melissa said, “I’m Heath’s lover.”

Ellie stared back in horror. Was she supposed to have a response to that? No wonder they’d never worked out, if this was the type of woman he’d been waiting for.