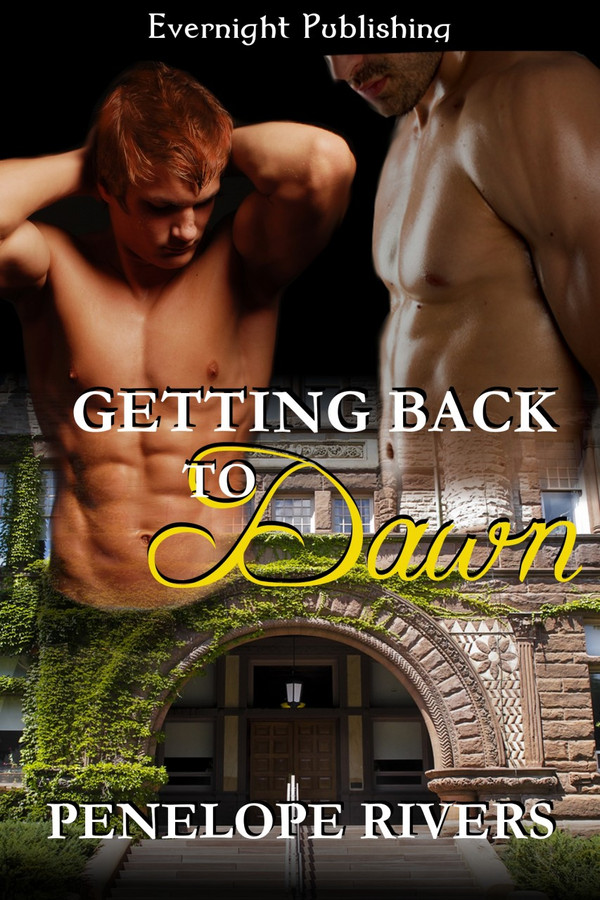 Don and Colton have always been together, but that is about to change…

When Colton goes on a one month trip, he is murdered when trying to save a woman from a mugger. Don is devastated. He can’t imagine his life without Colton in it. He is so overwhelmed by grief that he cannot survive on his own.

He goes home to be cared for by his parents, and his best friend takes him to help out in a mental hospital, believing it will be good for him to learn how to live again. There he meets Edwin, a catatonic man who awakens at the sight of him. Edwin claims, “I am Colton.” Don doesn’t know what to believe.

Is it really Colton who has found his way back to him, or is it a horrible man trying to manipulate him?

The airport was crowded with summertime travelers, and Don and Colton got pushed by quite a few people as they searched for Colton’s group . When they spotted them – a large group in bright yellow t-shirts that looked ridiculous – Colton surprised him by grabbing his hand and yanking him to one side. Don looked at his watch. Colton had only ten minutes.

“Colton, what are you doing?” Don asked him worriedly. “We’re in a big group of people, and all of your classmates are right there.”

“I don’t care what they think,” Colton said, pressing his lips against Don's. The kiss was so amazing that it made Don’s head swim. “I love you, and I’m going to say goodbye properly.”

The two of them stayed like that for quite some time, embracing. People turned in their direction and stared, but Don ignored them. Colton was right; it didn’t matter what anybody else thought. All that mattered was that the two of them were right there, right in that moment. He wouldn’t have traded this time for anything else in the entire world.

The two of them broke apart, staring into each other’s eyes with deep-rooted affection and love. Colton leaned forward and kissed him on the nose, grinning. Don glanced at the group of students that Colton was traveling with, some of whom had turned around, and sighed. Colton was really leaving him. This was going to be the longest month of his entire life.

“Don’t think about them,” Colton said, rifling around in his jean pocket. “I have something for you, okay? If you’ll accept it?”

Colton pulled out a blue ring box and then opened it. For a moment Don stared at it in confusion, but then understanding set in. Colton was giving him a gift above gifts. He stared at Colton with massive eyes, feeling tears of happiness choke him.

“Not just any ring,” Colton said, smiling. “Read what it says, Bug.”

Reaching forward, Don took out the ring and held it in his hands. It was a simple ring, silver without any fine gems or adornments, but on the outside was inscribed: Our love will last forever.

“I hope you like it,” Colton said. “I didn’t want anything too girly.”

In response, Don leapt forward and snaked his arms around Colton’s neck, kissing him good-bye. The two of them stayed that way for a moment. Don inhaled sharply into Colton’s collar, trying to memorize his scent, so that it would last him for the next month. He didn’t plan to wash the bed sheets the entire time that Colton was gone, either, as disgusting as that was. He wanted the scent to stay there, reminding him always of his lover.

“This is an amazing present, Colton,” he said, when they broke apart one last time. “Thanks.”

“Wear it on your ring finger,” Colton said, taking the ring from Don and slipping it on the proper hand. “I’ve already had it sized. I borrowed that clunky silver ring that you made in high school that you used to wear on your ring finger and had the jeweler take a look at it.”

“It fits perfectly,” Don said, holding out his hand and letting the light from the airport catch the silver. It reflected the words brightly.

That was when the group of students behind Colton began to move, and Colton looked up, a sad expression on his face. Don reached forward and hugged Colton one last time. The two of them smiled at each other before letting go. It was very hard to watch Colton’s back as he headed through the gate, even though he turned to wave one last time before disappearing from Don’s sight.

This book was really good. It made me cry! I read it in one day.

Getting Physical by Addie Fang