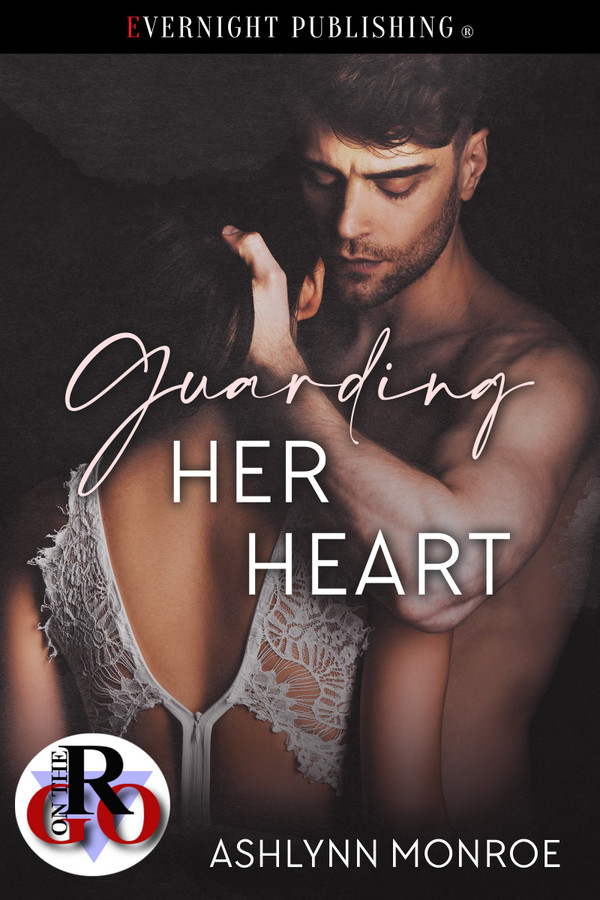 Nightmares have tormented Tragedy Michaels since her mother’s murder. Her relationship with her crime boss father is strained. All she wants is to turn twenty-one so she’ll have her trust fund and can finally go to college. Her dream is to do something good with her life and make the world a better place. The darkness her family has brought into society has weighed heavily on her shoulders. What she wants most? Redemption.

Eriq Brock was hired to protect Tragedy when she was fifteen. She’s an adult now, but at thirty-six he feels ancient in comparison. Her beauty and kindness make her a constant temptation. He’s had to save her life twice—only she doesn’t know it. Her father wants her sheltered as much as possible from his ugly feud with Dominic Santiago and family secrets.

Tragedy Michaels’ father is a man used to getting his way. When her father decides she needs full time surveillance he blackmails Tragedy and her bodyguard into a wedding that neither of them can refuse.

Tonight was a mistake. Tragedy opened the bar door and went inside, but she wished she’d never let Julia plan this party. She had tried all week to figure a way out of getting married. Her father was too good at getting his way. She’d finally accepted her fate. Eriq had been aloof. The week had not been one of her favorites.

Julia bought the first round. They were sticking to beer tonight. The fruity stuff went down too easy.

A few beers into the night and a lot of dancing she sat at the bar, resting. Someone sat next to her. The woodsy, fresh scent told her who it was. Eriq. She turned to look at him.

Hot. He was wearing a leather jacket, jeans, and a t-shirt.

She wasn’t used to seeing him so casual. In a split second, she decided. She leaned in, kissing him, hard.

I need to know what it’s like to be with him.

When he pulled back, she picked up her bottle of Miller and took a long pull. The taste of him mingled with the beer, and her flush from the alcohol burned hotter as desire coiled in her belly. Tomorrow he’d be her husband. Some girls would want to sleep with a stranger, but she wanted him. At least one time before they were forced into this bizarre arrangement. She wanted Eriq not as her husband, but as her lover. Her hand shook as she set the bottle down.

“So, you tracked me down. Cell phone towers? Network of spies?” Tragedy cocked an eyebrow.

“Nope. Social media. Julia tagged the three of you in a post. Something like, I D K feeling cute, might have to take over this town?” He grinned.

She hated that her father sent him after her. “I’m an adult and I can go wherever I want. You’re here now and so am I. I want you. Do you want to fuck me, Eriq?”

He inhaled sharply, close to the crook of her neck. The sound of that in her ear drove her closer to primal. “Of course.”

Eriq had the power to make her feral and a little buzzed and a lot anxious. She relished it. “Hmm.” She made the sound just before she kissed his neck.

“Not yet, but soon.” She took another drink of her beer.

“I think we should go home. You and the girls can finish up the bachelorette party at the house. You’ll thank me in the morning.”

She pulled back to look into his eyes. “Worried that I might want to sow my wild oats before you get a chance to plow the virgin field?”

“You’re a virgin.” His eyes widened and he flushed before his skin took on a sickly pallor. “But—you’re twenty-one?”

He couldn’t have looked more terrified if she’d told him she was a succubus. She was tempted to say “boo” just to see if he’d jump. If she wasn’t buzzed, she’d be pissed.

“Let’s get you home and to bed. Tomorrow is going to be … a challenge.”

“The only challenge I want is you—and me—tonight.

A hot story with a hot couple and some harsh circumstances. I like Ashlynn Monroe’s work. It flows well and the story always draws me in. This book was no different. I liked Eriq and Tragedy right away and hoped they’d have a happy ending. It’s a good one-sitting read and very hot, too. Tragedy has been sheltered, despite living with a crime boss for a father. Her mother was murdered and she’s been scarred by the situation. Eriq is her stability. I liked that they had a bond before getting into bed together. Eriq wants what’s best for her and has been drawn to her. I liked his protective quality and the way he gets her to come out of her shell. There is a forced marriage aspect to the story, which might put off some readers, but was handled well by the author. There’s a lot of drama and action in this story and it’s hot, too. Did I mention the heat? Yeah, there’s a lot of that. The chemistry between the characters is off the charts. I liked the age gap and while it might be too much for some, it wasn’t too much of a gap for me. I liked the pairing. If you’re looking for a romance that’s got some darkness, some sweetness and a lot of heat, then this might be the one for you.

Guarding His Anchor by Kacey Hammell