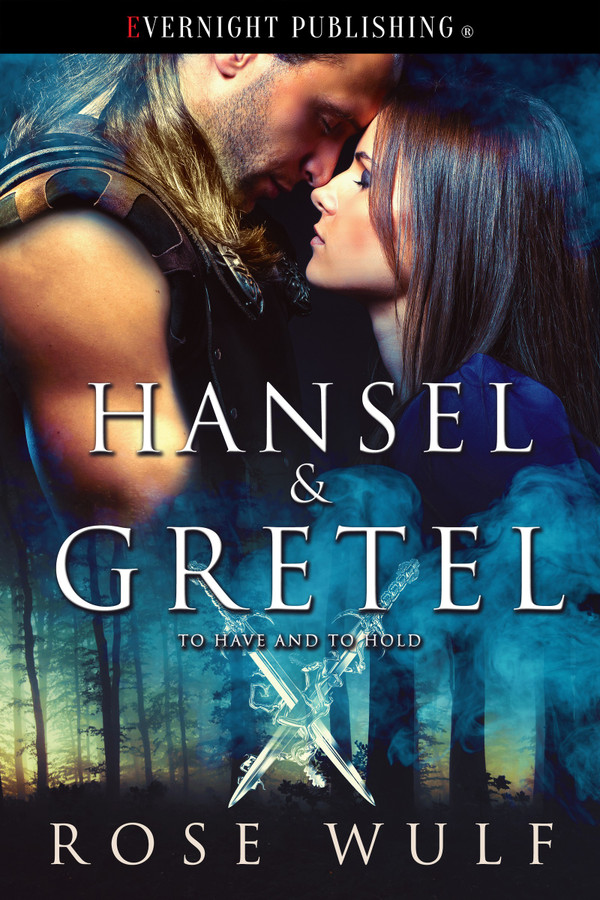 For nearly two hundred years, the Hansel and Gretel Academy has trained young adults to fight and protect the rest of humanity from the magical threats of the land.

After a decade of partnership, the Hansel and Gretel team of Katz and Chessa are going strong. They’ve never met a monster they couldn’t kill. When Chessa’s twin brother, Declan, finally writes her back after numerous months of one-sided correspondence, it’s with barely a note of acknowledgment. So Katz makes a surprise decision, bucking the tradition which insists upon keeping distance between different teams. He vows to Chessa they’ll track her brother down, just so she can have a face-to-face conversation with him.

As their journey begins, unbeknownst to them, they set off the first part of an ancient prophecy threatening the destruction of the very establishment that supports them….

Before they can learn about that, they have to survive some dangerous situations unlike anything they’ve encountered before. And when one momentary lapse forces Katz to reveal a dark, intimate secret he’s kept from Chessa for years … Chessa offers him an ultimatum. He can have her body, or he can pursue random strangers from whatever village they land in when he’s in the mood. But he can’t do both.

It’s a no-brainer for Katz, but will Chessa understand what their changing relationship really means? Or will her insecurities get the better of her, and ruin their blossoming romance?

“Chess? You with me?” She was still breathing, but she hadn’t spoken. Part of him was afraid to remove his hand from her shin.

She licked her lips and her eyes fluttered, as if she were struggling to remain conscious. “Yeah,” she said. “Just … ow…”

Relief flooded him. She wasn’t one hundred percent yet, but she would get there.

“We don’t … have to move yet, do we?” Her voice was weak, but she was stringing together multiple words now, forming thoughts into coherent sentences.

He was so happy he wanted to cry and kiss her simultaneously. But he would do neither of those things. Instead, he reached across himself to take her hand off his arm and hold it without releasing her leg, and looked into her eyes. “Yes, we have to move. You know we can’t fuckin’ stay here.”

She pouted at him. “My leg still hurts.”

He wasn’t surprised. “Lemme look at it, okay? Try not to move.”

She swallowed and nodded, releasing his hand obediently. “Okay.”

He didn’t actually want to look. The curse was obviously gone, that was probably most important, and he didn’t feel as if he were holding in blood. But he was afraid of finding a gaping hole. Or of removing his hand and allowing blood to start flowing again. Still, they couldn’t sit here like this on the forest floor forever. Come on, man up, asshole. She’d taken worse hits. He didn’t like to remember them any more than he’d enjoyed witnessing them, and this would join that list just as soon as it was behind them. But she had, and she’d pulled through.

That thought firmly in mind, Katz carefully eased his hand off her shin. In the back of his mind, he wondered if she could hear his heart hammering wildly against his ribcage. He resisted the urge to glance up at her face.

Chessa winced, subtly, when his hand moved. Meaning her leg was still rather sore. But no new blood dribbled free. Not right away, at least.

Katz exhaled, as quietly as he could, when he saw the wound. The hole had closed up. Not so much that it would withstand a direct impact, he imagined, but technically it was sealed. The skin was a bright, angry red that sort of reflected the mood he’d been in when he cast the spell. It looked sore, to say nothing for how he was sure it felt. Of course, blood still soaked her pants and sat, puddled, in her boot. That all had to be dealt with the old-fashioned way. But that wasn’t a surprise.

“Is it that bad?” Chessa asked quietly.

He turned his gaze away, finally looking into her beautiful blue eyes. “What?”

She offered him a weak smile. “You look really mad.”

He frowned. “I’m fucking pissed.” He took a breath. “But not at you. You’re gonna need another round of healing.” Quieter, he mumbled, “I’m sorry.”

Katz stared at her for a second. He glanced down at the wound, then back to her face. “Probably.”

Her smile got a little brighter. She was happy about that? “That was a bad hit,” she said before he could ask. “You did a good job with the spell, Katz!”

Fucking seriously? He grunted. “Just hold still.” Before she could ask why, he took hold of her boot in one hand and wrapped his other around her leg—above the wound, in an effort not to cause her pain—and tugged. He felt her wince beneath him, likely still feeling some kind of discomfort, but she didn’t resist. The boot popped off, leaving a smeared trail of drying blood down her ankle and stocking-covered foot.

“How am I supposed to walk without my boot?” Chessa asked, wiggling her toes for emphasis. He could see the outline of her toenails through the thin material of her stocking.

Katz arched a brow at her. “You’re not puttin’ weight on that ‘til it’s all healed up.” He pushed to his feet and went to retrieve his sword as her first exclamation of denial-fueled outrage reached his ears.

“Excuse me? What the hell is that supposed to mean? What am I supposed to do, just sit here?”

By the time she was done, he’d returned, and he laid the sword beside her on the ground. She still had her daggers, most of her arrows, and her bow. Her mana was probably low, but she was just as skilled with weapons as he was. Imperfect solution or not, it’d have to do. “You’re armed,” he said, cutting off her next tirade. “And yes, I expect you to just sit here. For maybe five minutes. One of us has to go get the crap we left behind.” They really needed a new carriage.

She looked down at his sword, then back up at him. “You’re not taking this?”

“I feel better leavin’ it with you.”

He picked up her bow and set it across her lap, keeping his hand curled around the grip and trying to ignore the softness of her thigh beneath his knuckles. “Don’t you fuckin’ dare get up from this spot, do you hear me? I’ll be fast. I’ll be fine. We’ll figure our shit out from there.”

She folded a hand over his, never breaking eye-contact. “Promise.”

He understood her concern. Two witches back-to-back, when they weren’t expecting them, was both uncommon and disconcerting. He didn’t particularly love the idea of leaving her, weapons or not. But, fuck, the look in her eyes… Why did she have to look at him like that? Did she not understand how hard he was battling with himself? He curved his thumb over hers. “I swear.”

Rose Wulf’s Hansel and Gretel: To Have and To Hold is not some tale of two naïve children wandering through the forest. Instead, the author takes readers into a world where hunting pairs train at the prestigious Hansel and Gretel Academy. Graduates are then sent out into the world to deal with all sorts of foul creatures, constantly moving from job to job. For one Hansel and Gretel pair, will their feelings for each other get in the way of stopping an ancient prophecy? Katz and Chessa, who go by Hansel and Gretel when on a job–as tradition demands, have been a hunting pair for over 10 years. Chessa is great at being diplomatic and dealing with the townspeople who request their aid. On the other hand, Katz is a total hothead which makes him seem prickly. This trait serves him well – the monsters, not so much. I love a book where the love interests are friends first before they end up in bed together. The tension and romance between Katz and Chessa have been developing for years by the time we meet them in the book. When they finally stopped resisting and allowed their relationship to develop into more, it was palpable and hot. Ms. Wulf left me hooked and wanting more – I couldn’t stop reading until she delivered all the spiciness she had been teasing readers with. I am happy to report those scenes were worth the wait once they arrived. Fairytale retellings can be hit or miss. An author should use enough of the original story so it’s recognizable, but put their own spin on it such that it doesn’t feel stale or repetitive. I was quite happy with the direction that Ms. Wulf took the Hansel and Gretel story in. I prefer stories where Hansel and Gretel are not siblings. However, despite my love of the idea, the plot execution fell flat for me at times. One issue I had while reading was the lack of knowledge on how the Academy operates. I was eighty percent of the way into the book before the author started revealing details like how the academy is structured, how pairs are matched, and who directs the hunters in the field. The magic system was also a big question mark for me. As a die-hard fantasy fan, there wasn’t quite enough detail for me to be satisfied with how everything worked. As a result, I didn’t appreciate some of the plot twists until well after the event had taken place –which took the fun out of it. This aspect may be off-putting for some fans who are looking for books that involve more fantasy and fairy tale references. Mature erotic romance fans who enjoy books filled with action-packed adventure and paranormal elements will find themselves fans of this book. Despite some minor issues, I’ll definitely be checking out other books by Rose Wulf in the future when I have a free moment.