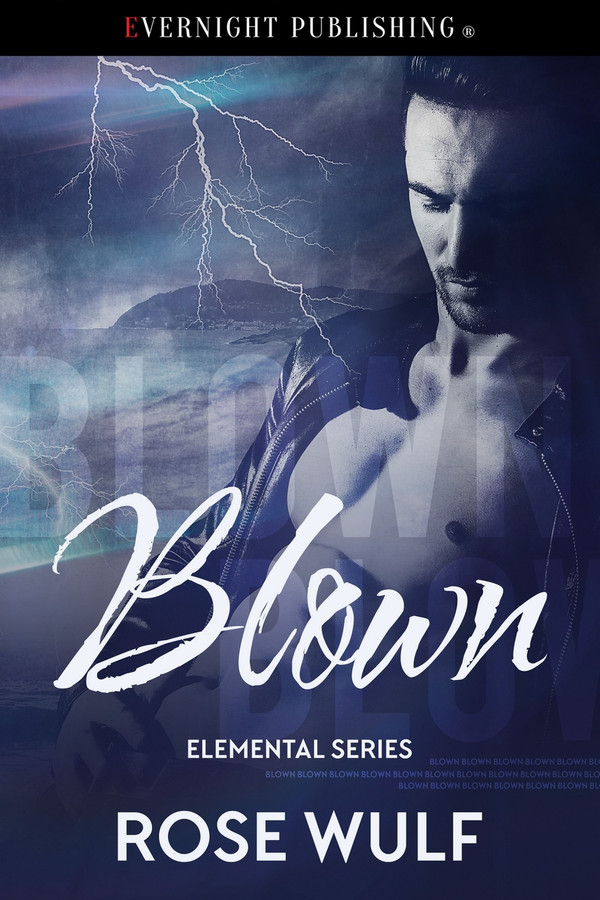 With enemies that can pull lightning from the sky, it’s probably a bad time to fall in love.

Air elemental Nate Hawke had it bad for his new renter, Madison Price. He should have been staying away, but then it was too late—her place of work was up in flames. So he planted himself at her side, vowing to stand between his enemies and the woman he was falling in love with.

Madison knew better than to have a thing for her sexy new landlord. She just couldn’t help herself. After her work burned to the ground, leaving her with the battle scars to prove it, she didn’t have much to do other than think about Nate Hawke. She just never imagined what he and his brothers were truly capable of—or what it might mean if she were to lose him.

“This was an amazing idea, Nate. Thank you.” It was the truth. She couldn’t remember the last time she’d enjoyed herself as much.

Nate smiled, reaching over and brushing his fingertips lightly along the base of her throat as he leaned down and murmured, “You’re welcome.”

A shiver entirely unrelated to the breeze raced down her spine and Madison swallowed heavily. Her skin tingled beneath his feather-light touch as his warm breath fanned over her ear, and she doubted any woman would begrudge her such reflexes. She leaned back, into his touch, and shifted so that she could reach over and loosely grasp the collar of his shirt as she tugged him closer. He leaned in willingly, and this time when their lips met there was no hesitation. After a lingering moment, his tongue slipped out and trailed along her lower lip before sweeping into her mouth.

Her hand released his collar, sliding up his toned chest and curving around his shoulders until she could tangle it in his loose, dark hair. His hand tightened slightly over the nape of her neck, his fingers massaging the skin, as his other hand landed on her hip and hauled her up against his chest. His tongue slid along hers, more interested in the sensual dance than the exploration that awaited him, and Madison’s other hand lifted to curl into the side of his shirt. She hadn’t expected his kiss to awaken her senses quite so thoroughly, but she couldn’t deny that it had.

He rolled his tongue over hers one more time, letting the motion linger, before pulling away.

Madison dragged in a deep breath, her own hold on him relaxing, and she slowly offered him a small, appreciative smile.

He swallowed as he pulled his hands from her and asked, “So … ready to keep going?”

She nodded, taking a moment to find her own voice. “Can I borrow your phone? I want to take one more picture before we move on.” She also needed to catch her breath. She wanted to enjoy the environment as much as the man sharing it with her and, at the moment, her instincts were to focus mostly on enjoying him.

His lips twitched and he tugged the camera out of his pocket. “Sure.” He handed it over before adding, “I’ll just clean up while you’re doing that.”

“Okay,” she said, smiling again as she pushed to her feet.

Madison moved closer to the edge of the cliff, wanting a picture of the clearing from the other side, and secretly glad that she would get at least one shot with Nate in it. And maybe she’d take a shot of the rocky shore that was surely far beneath them, too. But before she did either, she decided, she was going to shed her jacket. She had cooled down for the moment, but she knew that what was left of the hike would keep her temperature high enough without the fabric. So she dropped the phone in her jeans pocket and shrugged out of the coat as her gaze glided across the surface of the water before her.

She was too distracted to register the shifting of the ground beneath her feet at first, and when she shifted her weight to tug her arm free of the remaining sleeve, it was too late. The ground beneath her seemed to give, sinking slightly, before cracking and crumbling away entirely. The surface of the cliff arched out over open air, and there simply wasn’t enough to support her weight.

For a moment, Madison’s eyes widened and her heart stopped as she felt herself begin to fall. And then an instinctive cry tore from her lips as she attempted to spin around and throw herself backwards. She succeeded only in losing what was left of her footing and finding herself in free fall.