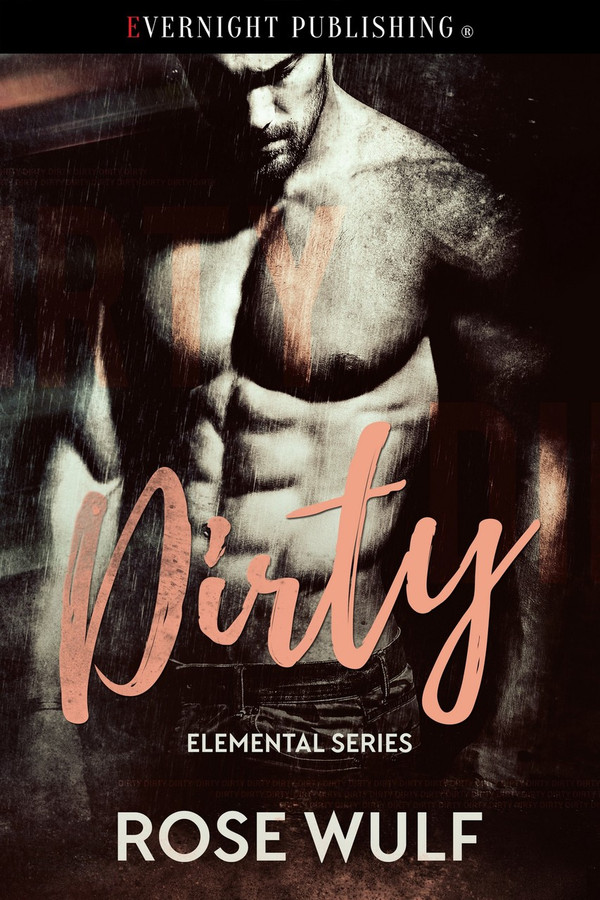 Clarabelle Buchannon never imagined the secret Logan Hawke and his family kept. But no amazing secret would change how she felt.

The real problem wasn’t that the man she wanted controlled the earth—it was that he was as stubborn as a rock. And he had some lethal enemies who’d recently bumped him to the top of their hit-list. Now that she’d inadvertently foiled an attempt on Logan’s life it seemed Clare was in their sights, too.

She’d have to think fast if she wanted to keep Logan from doing the heroically stupid thing and pulling away.

Clarabelle blinked up at the broad-shouldered man before her. She was as surprised to see him standing on her doorstep as she was to see him standing there with a box of pizza and a bouquet of colorful flowers. The overall sight had sufficiently tangled the frustrated lecture she’d planned to greet him with the next time she saw him. “Logan…?”

It wasn’t like he’d called first. Or answered her call from that morning. Or even said a word to her at all before leaving his family’s home the day before, apparently in a hurry to catch up on missed work. He’d been obviously avoiding her, and frankly, it hurt. He’d never treated her so rudely before.

But he’d never shown up at her door, unannounced, with pizza and flowers either.

Logan cleared his throat, possibly the most self-conscious sound she’d ever heard him make, and said, “I, uh, I owe you an apology. A big one. And I thought maybe you’d take it better with pizza.”

Her lips twitched. She couldn’t help it. “Pizza’s a start,” she relented, stepping aside and holding the door open for him. “Come in.” She waited for him to pass, telling herself it was the pizza or the flowers she was drawing a quick, deep breath of, and not the man carrying the items, before shutting the door and moving toward her kitchen. “Plates are in the cupboard to the right of the fridge,” she offered. “I’ll take the flowers.”

“Clare,” Logan said as she arranged the flowers so that each color spread out as evenly as possible. “I’m sorry.”

Clare paused, keeping her gaze on the flowers, and swallowed. “Thank you,” she said. She wasn’t sure what about her learning his family secret had upset him, or if it was just that she’d stayed to wait, or if it was something else entirely. She still wanted to know. But she didn’t want to push him either. It was his secret, after all. Still, he could’ve been a little more grown-up about this whole thing.

A warm presence settled beside her, drawing her out of her thoughts, and Clare glanced over to see Logan had moved in closer. Muchcloser. She felt her heart skip a beat.

“Please understand,” he said, his voice quieter than usual. “The more you know, the more involved you get, the more likely it is you’ll be targeted. The Matthews’ aren’t rational. If they think there’s a chance they can get to one of us through someone else, they’ll take it.”

Clare swallowed and turned to properly face him, inadvertently putting herself inside his personal space. She looked up in order to maintain eye contact and said, “And you being rude before protects me from that somehow?”

Logan looked away, turning his head slightly, but otherwise remained as he was. “No,” he said, “it doesn’t. That was just me reacting poorly.” The muscle in his jaw twitched as if he were clenching it too hard.

Without really thinking about it, Clare reached up and curled her palm around his cheek, angled so as to press the flat part over that area of his jaw. His eyes widened and she felt her own cheeks flush as he looked immediately back to her, but it was too late. So she plowed ahead. “I appreciate your apology, and I accept it.” She paused, took a breath, and added deliberately, “It’s not your job to protect me, you know.”

Logan’s blue eyes flashed, darkening slightly, and the next thing Clare knew he’d backed her into the counter and covered her lips with his in a firm kiss. His hands, strong and hot, landed on her hips. He held her against him as she twisted her fingers in his shirt and kissed him back. After a moment his tongue swept inside, rolling along hers before moving to explore as he angled his head and deepened the kiss.

Clare moaned and adjusted her grip until she was digging her fingers into the muscles over his spine, her back partially arched into his chest. She’d never been kissed this way before—as if she were some long-desired reward—and it was making her head spin. To say nothing of what each sensuous stroke of his tongue was doing to parts further south. And the way his thumbs had begun rubbing circles over her hips while his fingers dug in just a little deeper… Clare could hardly feel guilty for her instinctive responses.

Logan’s chest rumbled as he leaned a bit more into her and the kiss broke, but he didn’t step away or release her. He trailed feather-light kisses up her jaw to her ear, and, breath still heavy, whispered, “I need you … to understand. Associating with me right now endangers you.”

Previously released with the title Rock Steady, Dirty was reworked for it’s release with a new publisher. The paranormal part or fantasy part of book are the elementals. The family of five siblings are born, with four sons and one daughter. The daughter is the healer, and also the one in the family that will bear the next generation of elementals. Each son has an element, fire, earth, water and air. This book centers on Logan, who controls Earth. Logan has blamed himself for years for the deaths that were not his fault, so he keeps to himself and doesn’t allow anyone to get too close. Along comes Clarabelle – a woman he’s admired since high school, and who smashes through his walls. I didn’t get real attached to Logan, maybe because he was too depressing most of the time, and angsty like a teenager. I really enjoyed his family almost more than him. But he and Clarabelle are a good match, and she’s strong enough and stubborn enough to persist. When a feud with another family reaches its peak, Clarabelle and her family will be in the crosshairs. This is book 3 in the series, but it holds up well as a standalone, with plenty of suspense and action. I am really looking forward to reading more within the series and the other elementals. Reviewed by Cyrene