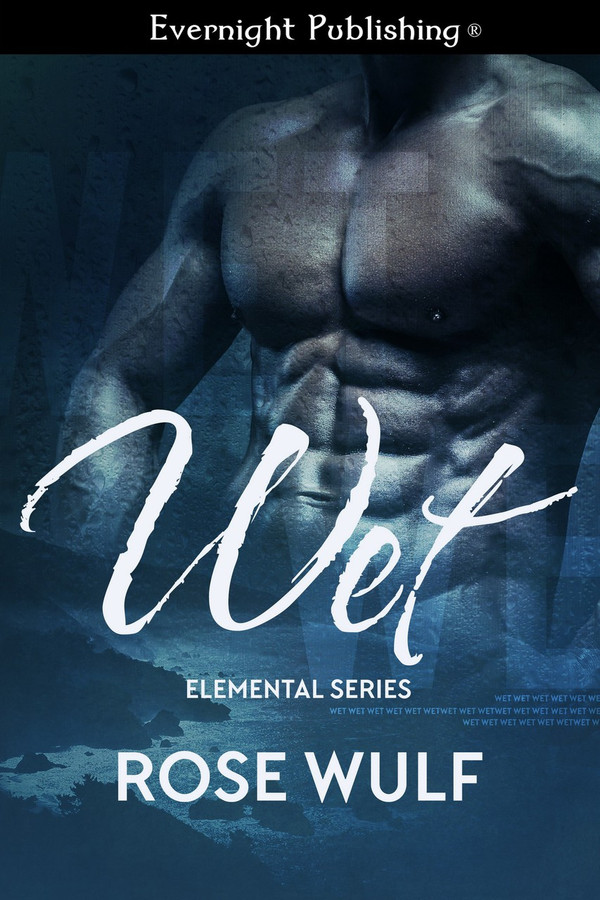 Blake Hawke, first born of the four Hawke brothers, has the ability to control water.

Keeping the family secret is a big deal. A deal Blake all but throws out the window when he finds Brooke sitting alone on the beach. Before he knows it, he’s showing her everything he can do—until he gets the call that his baby sister is trapped between an impossible fire and a cliff.

Brooke has barely come to terms with the fact that she’s got the hots for a real-life Aquaman when news breaks that they have serious enemies. Now she’s got a guy to win, a secret to keep, and weather-controlling enemies to look out for. The last thing she needs is to add some creepy stalker to the list.

Can Blake protect his family and the woman he’s falling in love with from an enemy he never knew he had?

What kind of secret are we talking about, exactly?”

He held her gaze as he replied, “An ancient one.”

Now thoroughly intrigued, Brooke slowly nodded. “All right … on one condition. I don’t want anyone hunting me down for knowing about it.”

Blake’s lips twitched and he shook his head. “Don’t worry. It’s not life-threatening.”

“That’s good.” Brooke reached over to run her fingers along the collar of his shirt and tease his skin. “Because I’m ridiculously curious now.”

“The best way to explain it,” Blake began, pulling away and pushing to his feet, “is for me to show you. So watch closely.” He offered her a quick smirk before he took two steps backwards, away from her, and held out one hand towards the ocean. The wave, which had been rolling in at its steady, calm pace suddenly stilled, holding the line several feet lower than usual. Then, abruptly, the water reversed, rushing back into itself.

Brooke was confused as her eyes flicked between her companion and the strangely behaving sea. Was it possible for the ocean to be behaving like that? It must be, her brain told her, because otherwise I have to believe it’s possible for Blake to be doing that.

As if sensing her disbelief, Blake curved his hand slowly so that his palm was angled towards her, and then swept his arm in almost casually.

The flow of the tide seemed to return to normal, but as the water came up, a stream separated itself and continued moving forward even as the rest of the water receded. This stream lifted off the ground as it broke free and glided with an unnatural grace through the air until it had curved completely around Brooke’s seated form. It swirled around her, separating completely from the ocean and spiraling up.

Brooke was wide-eyed, and barely breathing, as she watched the seawater move around her. It was like magic, and she had no idea how to react. The water curved around her one final time before continuing on, this time flying toward Blake. She watched as he held out one hand, palm up, and the water gathered there, forming a type of puddle and hovering above his hand.

With a flick of his wrist, the water snapped quickly back to the ocean before collapsing, as if the spell that had possessed it had suddenly broken.

“Wh-what … was that?” Brooke asked shakily as she drew in a ragged breath. That was impossible, that’s what that was.

Blake stayed put, letting his arm fall to his side, and met her gaze solidly. “That was my power. I have the ability, if you will, to control water. It’s as natural to me as breathing.”

He said it with such a straight face, and such a serious, calm voice, that Brooke found herself inclined to believe him. Except that it was impossible. She just didn’t know how else to explain what she’d just witnessed. And that was a lot to take in. Did she—could she—really believe what he’d just shown her?

Despite the fact that his family’s secret should be kept, Blake Hawke can’t resist telling Brooke about this ability to control water which is a good thing when he suddenly finds himself trying to protect his family and the woman he’s falling in love with from an enemy he never knew he had in this exciting paranormal romance. Brooke has barely accepted that she’s falling for a real life Aquaman when the news breaks that his family has some serious enemies and the reader can’t help but become caught up in Blake and Brooke’s lives as their relationship grows all while trying to stay alive. The characters are strong, compelling and grab the reader’s attention making it easy for the steady to fast paced and smooth flowing plot full of suspense and romance to captivate readers throughout. The romance in the story is sweet and passionate, giving the readers the chance to experience the blossoming of true love while they deal with all the emotional turmoil that comes from the situation. Secrets to be kept, unknown enemies with surprising abilities and a creepy stalker add lots of intrigue and excitement to the story with unexpected twists keeping everyone on their toes and elemental abilities that wow the readers and add spice to the story. The scenes are well written and full of vivid details that ensure the reader’s imaginations are captured and they stay glued to the pages. The author has created a fascinating world full of interesting characters with intriguing abilities which Blake uses in some amusing and some sensual ways that add flair and depth to the story. I was completely enamored with Blake and his family and I am looking forward to finding out what happens next.

A bit of everything for everyone in this excellent story. The balance of action, adventure, romance and steamy scenes work to compliment each other throughout the story-line. The plot is original and refreshing. The character&#039;s personalities and interactions are commendable. Overall a unique and wonderful work.