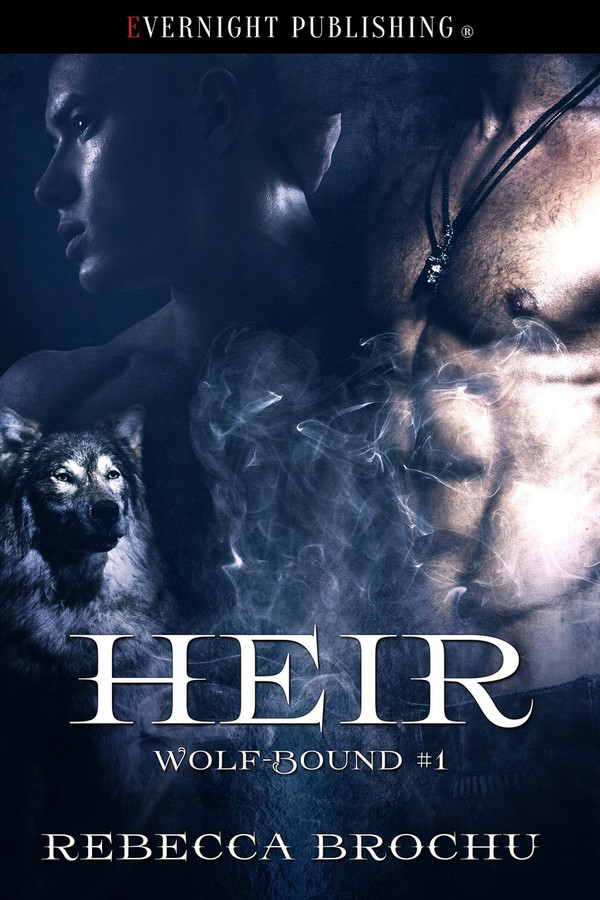 Uninterested in politics or the pressures associated with the House of Arlen, Cyril is content to leave it all behind to live a quiet and peaceful life on his own. Unfortunately not everyone agrees with that choice. After a decade of peace, Cyril is unexpectedly shoved back into the spotlight against his will.

Now he's forced to deal with a power hungry half-brother and the pressures of one day ruling his House. Cyril’s only comfort is Alpha Sinclair Ferus. Sinclair is a wolf shifter duty bound to protect him, and he's also the man who has fascinated him for years. Despite his reluctance to accept his new position Cyril finds that having Sinclair around might just make it all worthwhile.

For one tense, almost too long moment, Sinclair was rigid against him, the shoulder beneath his hand as hard as marble. Just as Cyril was prepared to pull back, to stammer an apology and find somewhere to hide until his hurt and humiliation had faded, Sinclair moved.

Alpha in all the ways that mattered, Sinclair took control of the kiss with a barely suppressed snarl. His mouth went from passive to aggressive as his arms came up, one large hand cupped the back of Cyril’s neck firmly while the other arm wrapped itself around his waist. Cyril barely had time to blink before he was tugged even closer to the heat of Sinclair’s frame and desire threatened to completely white out his thoughts.

There was a low rumbling growl building in Sinclair’s chest, Cyril could feel it with as close as they were pressed together. Caught up in his lust, Cyril couldn’t help but try and press even closer to him. The arm around his waist was a band of steel that clutched him tightly as Sinclair’s tongue swept into his mouth to tangle with his own. Sinclair tasted of mint and hints of spice, chai like the tea he drank in the afternoons.

The arm around his waist moved then. Sinclair’s hand trailed down across his waist and his lower back only to pause long enough to squeeze his ass for a brief moment. Then, with a flex of muscle, Cyril found himself hoisted in the air so that he could wrap his legs around Sinclair’s tapered waist. He groaned at the sensations the new position invoked, at the way Sinclair’s hips fit so nicely between his thighs, even as Sinclair shifted them until Cyril felt a wall at his back.

Sinclair broke the kiss a few seconds later only to nip sharply at Cyril’s bottom lip and duck down so he could mouth wetly at the curve of his throat. Cyril didn’t hesitate to tip his head back as far as he could against the wall behind him, purposefully baring his throat.

Sinclair made a rough growling noise and then his mouth seemed to be everywhere. He sucked harshly at Cyril’s pulse point, ran his tongue across the throbbing vein, nipped at the sensitive skin until Cyril knew he’d have marks. He also knew what the willing and open baring of a throat meant to a wolf.

Cyril has been given responsibility he doesn’t want; being the youngest son to his Matriarch mother he was chosen as the Heir to lead their people in the future. Sinclair is his trusty bodyguard Alpha Wolfe and totally enamored with our little Heir. I enjoyed this story very much and wanted more from the characters ending. Seeing as this is Book 1 I can’t wait to see what Book 2 has in-stored for us. The best leaders are those that don’t want the power in the first place; usually those that crave power are never fit to lead.

Cyril was supposed to live a quiet life. It’s all he wanted. Despite his power and his intelligence, Cyril just wanted to run his little teashop and be free of the politics associated with the House of Arlen. But his mother had ideas and almost overnight his life has been turned upside down. Now he is Heir to the House of Arlen, a title that bypassed three other siblings. Crushed by attention and the loss of his independence, Cyril finds the only saving grace is his bodyguard, Sinclair. An Alpha of his own pack, Sinclair has bound himself to the new Heir and done so happily. Though he realizes Cyril questions his ability to lead, Sinclair knows the younger Arlen is perfect for the job of Heir. And he’s determined to make sure Cyril believes it. For Cyril, being in such close quarters with a long-time crush is both maddening and wonderful and he knows that Sinclair feels the same way. But before they can think of romance, Cyril must confront his enemies and survive long enough to accept the title he was born to wield. Heir was a fast-paced novella that does a decent job setting the stage for a future series. Cyril is the star of the show and we’re given a fair amount of information about his reluctant rise to power. He is a sympathetic character and the author does a good job of making readers care about him right from the start. It’s easy to like Sinclair, but when compared to Cyril, he’s more of a blank slate. I wish we were given a bit more character development where he was concerned, but he’s still somewhat relatable. The novella is fairly well written, although there were a couple of minor typos. My only real complaint with Heir was the pacing. We’re dropped into a story that already seems in progress and, as a result, we’re constantly trying to play catch up. Everything seems to happen too quickly and over too short a time and combined with the novella form, I always felt a step behind. I wanted to know more about the politics surrounding the Greater and Lesser Houses and while the author doesn’t ignore these subjects, nor are they given the development they need. Overall, Heir was an enjoyable start to a new series. Cyril is a great character and very easy to champion as a reader. Sinclair is more of a mystery, but there is no doubt these two men click on a lot of levels. The pacing of Heir leaves a lot to be desired and really keeps the book from fully evolving. But I did have some one fun with this one and I’m looking forward to seeing what the rest of the series has to offer.