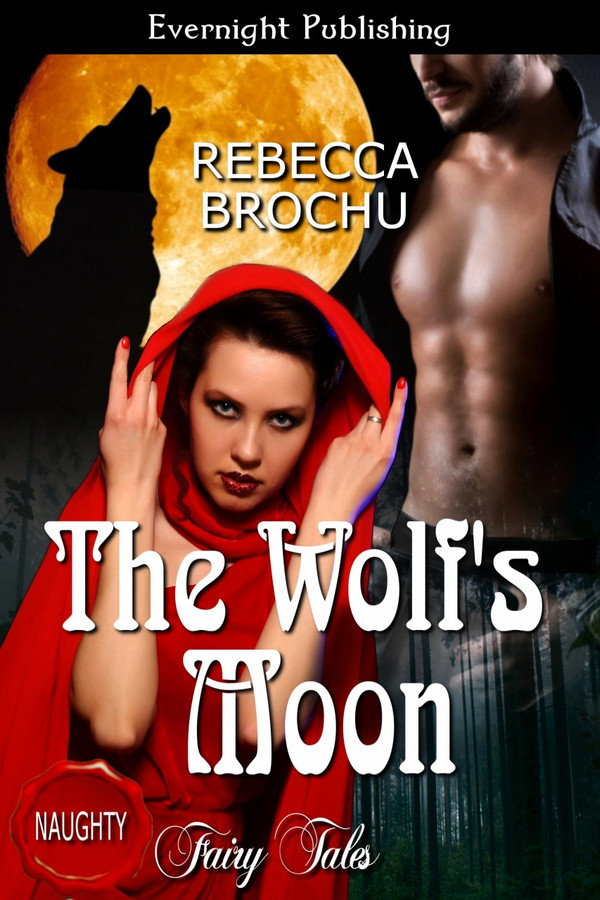 Silke’s life in her village has not been easy since the death of her parents.  Things only get worse when the local healer takes her under her wing.  Branded a witch and tormented by the other villagers, Silke has resigned herself to living her life alone.

Then a chance encounter in the woods with a dark and handsome stranger named Raoul throws Silke’s carefully ordered life off balance.  Now she has to deal with the stormy emotions that Raoul brings to life within her as she works at solving the mystery of who’s leaving gifts on her doorstep.

When the time comes, will Silke be willing to give up everything she’s ever known for a love that’s deeper than she’s ever thought possible?  Or will she reject the gift the wolf’s moon has given her?

Raoul growls low in his throat and yanks Silke’s body back up against his own as one of his hands forces her head to tilt back.  His lips close over hers, and there’s no hesitation this time, no gentle coaxing or playful teasing.  He dominates her mouth, tongue sweeping in and going deep as he licks at the back of her teeth like he’s chasing her flavor.  Silke gives back as good as she can as she digs her nails into his naked shoulders and returns his passion to the best of her abilities.

Silke almost doesn’t feel it when he begins to move them, but she doesn’t stop him when he begins to pull at her skirt, rucking it up until he can wrap large, hot hands around her thighs.  She moans and clutches at his shoulder harder as he lifts her without any effort and presses her back up against a nearby tree as he steps into the space between her thighs.  Silke gasps, breaking the kiss and bucking her hips up into the cage of his hands as best she can.  She can feel him, can feel his heat as he presses the hard line of his cock against her.

“Raoul!”  Silke cries out and Raoul answers her by dipping his head down to mouth at her neck as he presses his hips down against her.  He racks the vulnerable, pale line of her throat with surprisingly sharp teeth before he soothes the sting with his tongue.

“Silke.”  She hears him murmur against the skin of her throat, but she pays him no mind, too caught up in the pleasure of having him against her.  Then one of his hands shifts and he trails it slowly up the soft flesh of her thigh, fingertips tracing lightly over her skin.  For the first time, despite how much she wants him, she feels uneasy, hesitant.

Raoul makes a soft noise and brings his face back up so he can capture her mouth again in a surprisingly gentle kiss.  When he pulls back his hand has stilled high on her thigh, the ends of his fingers just brushing her curls.