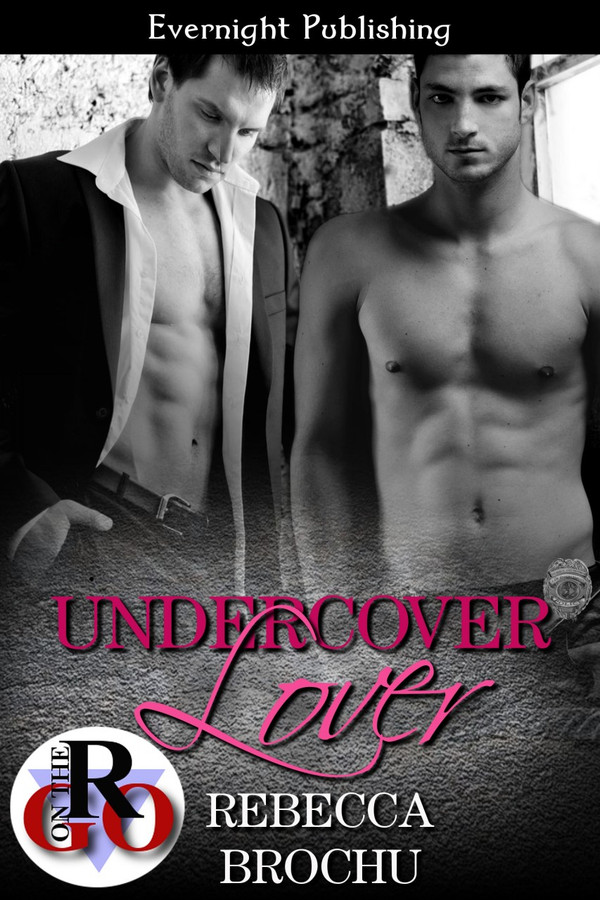 When vice cop Gentry Trecall is informed that he’s going to be going undercover as a hooker, thanks to the city’s latest bid to crack down on prostitution, he’s skeptical but resigned. What he doesn’t expect is to encounter someone like Dublin MacAulay, the owner of the popular night club The Pale that just so happens to be right across the street from the corner Gentry has been assigned.

Dublin’s unlike anyone Gentry’s ever met before. He gruff and sincere, trying to get him off the street. An unspoken attraction lingers between the two, but the truth about Gentry’s profession is the only thing that keeps it at bay.

When the truth finally does come out will Dublin be able to forgive Gentry for the lie he’s had to tell? Or will his undercover work lose Gentry the lover of his dreams?

"I didn't think this far ahead," Gentry admitted quietly. His lips were slick and dark from being kissed, and Dublin pulled himself back from Gentry’s neck only to surge forward again to recapture them. Their tongues slid against each other, hot and wet and deliciously dirty, before Dublin pulled back again with a low groan.

“What do you want, Gentry? You have to tell me. You have to say it,” Dublin rasped, voice husky and eyes heavy lidded.

Gentry' mouth fell open, and his eyes dropped to Dublin's lips as he swallowed hard against the wave of vicious desire that roared through him. "I want everything. I want you and me naked in your bed, or on this bar, or where ever I can have you right now. I want you to fuck me hard and fast or deep and slow. I want you to give us both what we’ve been wanting since we met, and then I want you to do it over again. Please," Gentry added. His cheeks burned red, and he licked his lips nervously as he met Dublin’s gaze head on.

Dublin didn’t say a word, but he wasted no time in ushering Gentry to his feet. He led Gentry towards the back of the club and up a flight of steps into what Gentry could immediately tell was his private office. Dublin tumbled them both down onto the couch, his hot, firm weight pressing Gentry down into the thick cushions, and then Dublin kissed him again.

This one had me laughing fairly regularly through the story of the undercover cop trying to do his job and the good samaritan club owner trying to help the &quot;hooker&quot; working the street corner outside his club. Gentry Trecall tried very hard to get Dublin MaCaulay to leave him alone, but as the story progressed and the slight attraction turned into a lot more, we arrived there along with Gentry and Dublin. This one was short and sweet. A very good read. When Gentry Trecall is called to go undercover as a street hooker he&#039;s embarrassed and soon gets frustrated because the club owner across the street keeps trying to rehabilitate Gentry and get him off the streets. Gentry is doing his job as best as he can. When his cover is blown, that&#039;s when the sparks fly and Dublin learns the truth of who Gentry is. Does it turn him away or does it bring them closer?