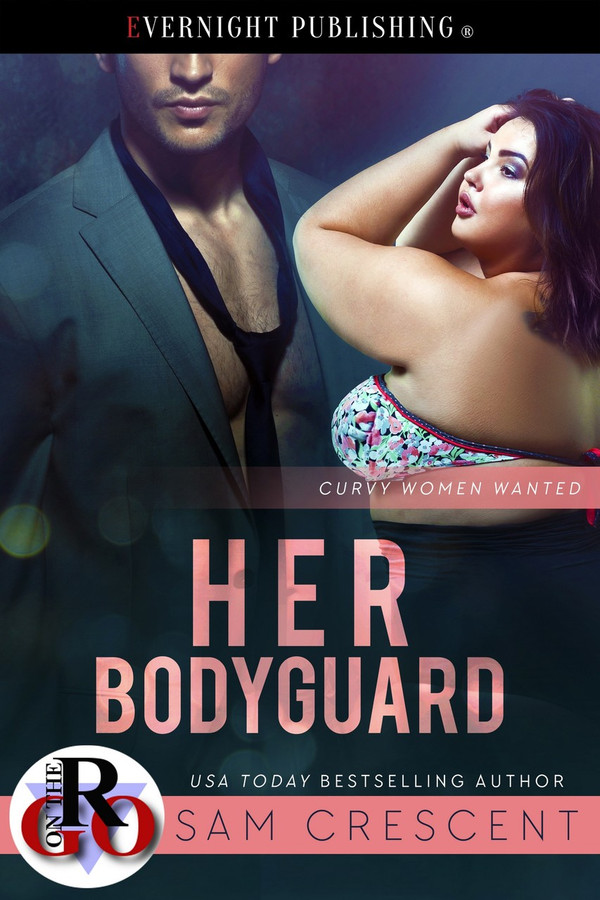 Lucas Evans is a personal bodyguard, and he’s been called in when a world-famous pop star was stabbed on live television. No one knows who did it, and it’s up to him to protect the beautiful young woman. He’s a professional, but when it comes to Kate Swanson, all he wants to be is unprofessional.

Kate had been receiving death threats long before she was attacked, but Kate doesn’t have a clue who’d want to hurt her. The only person she feels safe with is Lucas. He’ll protect her, but it’s not just safety that he makes her feel. The attraction between them is undeniable. Kate has never allowed a person into her heart or her bed. She’s seen how ugly breakups go, and she doesn’t want that. But Lucas is different, and Kate craves his touch more than she does performing on stage. He gives her a chance to be herself, and there’s a freedom with being with him that she’s not had since she rose to stardom.

With the threat looming over her head, is there any way that Lucas can forget that he’s her bodyguard, and finally give her what she’s been craving? Can Lucas bring himself to love the starlet? Can he protect her from someone who is intent on hurting her?

Lucas wanted her to forget about her fears and to only focus on the here and now. She didn’t need to worry about her safety. She had him, and now he had her.

Removing his jacket and his guns, he stared at her, adjusting his cuffs.

Her hands were fisted at her sides.

“I’ve already taken your panties from you.”

The red fabric lay at the floor near her feet.

“You’re my woman, Kate. I’m the first man that claimed you, and I’ll be the last man inside you.”

He folded his arms, waiting.

Seconds passed, and she finally began to unbutton her shirt. The black shirt looked sexy especially as she revealed her matching red bra beneath.

He’d noticed many months ago that she loved sexy lingerie. They were her one weakness, and he didn’t have a problem with that.

She had to get used to him tearing them from her body though. He didn’t like anything getting in his way, especially panties.

His cock hardened as the shirt fell to the floor. She didn’t immediately go for the bra. Her fingers played with the band around her waist, and the skirt dropped to the floor, showcasing her rounded stomach and thick thighs.

He’d not had those thighs wrapped around his waist enough, and he wanted them again.

She reached behind her, unsnapping the catch of her bra.

His woman stood before him completely naked, and she looked breathtaking. He saw the real Kate that no one got to see. She never hid from him. Her smiles were his and his alone.

He lowered himself down into one of the seats directly in front of the bare coffee table.

He liked wooden tables as he always felt the glass ones were way too dangerous. “I want you to lie on this table, and spread your thighs for me.”

“Trust me, Kate. I’ll never hurt you, and I certainly won’t bring any harm to you.”

She nodded, and stepped forward. He watched her glorious tits bounce with every single step she took, and just the sight of her made him want to put her down on the bed and fuck her hard.

She sat down on the table and lay back a little awkwardly, her thighs still very close together.

Leaning forward, he captured her knees—he was that close.

He stared into her eyes, as she’d risen up on her elbows, and she didn’t fight him as he began to spread her legs. He didn’t look down at her until he was sure she was ready for that.

With her legs open, her tits rising and falling, and the glaze of desire in her eyes, Lucas looked his fill of her body.

Her stomach quivered, and he sat back in his chair, admiring her.

The lips of her pussy were soaked with her cream, and he liked her response to him, always aroused.

He intended to keep it that way.

Kate Swanson is a singer with a stalker on her tail and Lucas Evans is the bodyguard who is going to protect his employer with everything he has. Only one complication: Lucas finds the luscious pop star at the center of his growing desire and when the stakes get high, so does the heat between them. Curvy and full of life, Kate wants to sing and please her fans. When a stalker corners her and she is wounded, she takes the much needed step of hiring a bodyguard. Lucas Evans is everything she could want. The older man is attentive, seeing to her safety and even holds her at night when the terrors become more than she can bear. But when their mutual attraction sparks into something deeper, she might lose more than her heart. The tension between the two characters is a driving force of the story, as is the mystery of who could be stalking Kate. As the flame burns brighter between the two characters, so does the risk to her well-being. Overall I enjoyed the quick read, but wanted to have more character depth with Kate. The interplay between the older man and younger woman was scintillating as was the threat of unknown violence with Lucas as her protector. The book was a fun, adventurous spin on my e-reader that fans of American Idol and The Voice will particularly enjoy.

Sam Crescent proves why she is my go to BBW author with this awesome love story. I’m a sucker for well written curvy heroines and Kate Swanson is an absolute wonder. She’s the kind of person everyone wants and needs as a friend, a genuinely good person. The fact that someone wants to hurt her just blew my mind. Lucas Evans is the kind of hero I love. He knows he wants Kate and as a reader I do not have a doubt in my mind that he is serious and that he plans to treat her right. The fact that he is so protective of her just melts my heart. I know it’s his job but I also know that she is more than a job to him. The bonus mystery and adventure just took this story even farther over the top for me. I know what I like and what I like is a strong hero, a curvy heroine and an entertaining story. That is definitely what I got. If like me you love your guaranteed happily ever after and your share of steamy romance, this one is a gotta read from the Queen of BBW romance. The Story: Pop sensation Kate Swanson has been stabbed and her stalker intends on completing the job but personal bodyguard Lucas Evans will stop at nothing to protect her. Even if it means protecting her from her entourage and perhaps even himself.

What a fantastic read I loved how they came together as one it&#039;s such a fab read.

Sam Crescent is the queen of the full-sized female genre. In a world of anorexic super model like characters, her female characters are curvy and are more likely to shop at Lane Bryant than Forever 21. They also get the hot guys, and there’s nothing wrong with that. My Bodyguard is a book from her Curvy Women Wanted series , and it’s a quick little read, but it’s full of passion and suspense, along with some steamy hot sex scenes that will melt your e-readers! Kate Swanson is a rocker chick with a stalker problem on her hands. She’s already been put in the hospital from being stabbed, and what’s worse is that she doesn’t know who it is. Enter bodyguard Lucas Evans, who owns his own security company. Not only is he determined to keep Kate safe and catch the stalker, but he’s falling for the curvy beauty in a big way! As usual, Sam Crescent pens a sexy story that you just can’t put down! I read this all the way from start to finish, and this is one of my more favorite series!

This is the 8th book in this series, and even though its 8 I am still loving it. This one was no different. Kate has an angry stalker who attacked her previously and still they can&#039;t find out who this person is. Step in Lucas Evans, a retired Marine who now owns his own security service, and has been hired to be Kate&#039;s bodyguard. When Lucas took the job he was surprised to find that he was attracted to Kate. Expecting a spoilt drama queen he was surprised by how kind and sweet and innocent she was. And can&#039;t help but fall for her. But there is still a stalker loose and he must do everything he can to protect her and that is exactly what he will do, nobody will get to his women no matter what. A Short sweet, hot story filled with lots of passion and steaminess.

I loved this book and I loved the characters that were written. There was character development and a plot that was more than just the smut. Though the smut was hot as well. Another great addition for the bookshelf

I just love this series !l In this one, Kate is a singer in love with her bodyguard, Lucas. Lucas is older than her but he doesn&#039;t care he&#039;s been in love withe the curvy woman since he first met her. Someone is trying to kill Kate and Lucas is doing everything he can to secure her and her heart. A great add to your reading list .

Overall this was a beautiful love story. Kate &amp; Lucas came together because of a threat what developed was a build-up of confidence by a man who saw the real person behind the stardom. Has a little drama involved. Highly recommend.

After finishing reading all I could think is, that I really liked Lucas. He&#039;s older, sexy, loyal and protective. I&#039;m kinda jealous. Kate got so lucky with this guy. And he showed in her life when she needed someone on her corner the most.

This book was sweet and passionate, i love everything about it. I can&#039;t wait for the next one Miss Crescent

Ruin Her by Sam Crescent