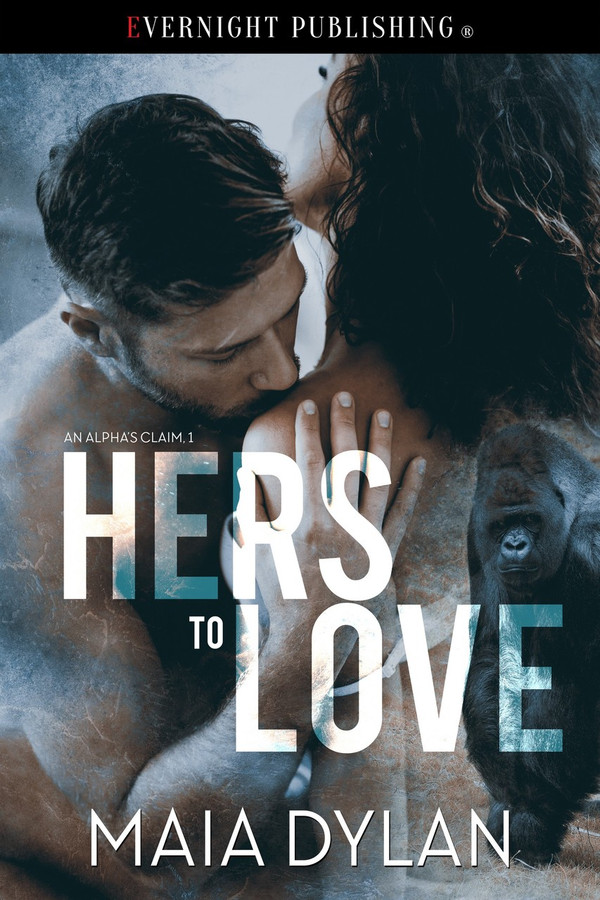 Ataahua Hemopo needed to find the man who killed her Grandmother. Thanks to a waking dream, she knew exactly where to find him. He’d stolen something precious from her family, and she was determined to get it back. Killing him as revenge was just an added bonus.

Taika Morgan was not a man easily surprised, but he's stunned when a woman appears out of nowhere on his property, only to press a gun to the back of his head. Not just any woman—his mate. She disappeared into thin air, and he's determined to find her, and prove that she's his.

When he finds her, he sets out to prove they're made for each other, but an evil from her past threatens their new found happiness, and they have to fight just to survive.

Taika Morgan froze at the same instant his gorilla growled a warning within him.

Too fucking late, you dumb hairy bastard. Where the hell were you when a woman managed to sneak up on us on our own damn lands!

His gorilla’s response to that was a grunt, and Taika had no doubt the sound came with a lip curl that showed equal amounts of disdain and contempt for his human side. Gritting his teeth at the surge of power that flowed through him as his beast pushed forward, Taika lifted his hands in the air.

“You’ve got some skill to be able to sneak up on me on my lands, and without the rest of my group tearing you apart,” Taika said in a low voice. “That’s grounds for punishment, and by that I mean a fucking beatdown, so you might wanna tell me what the hell you’re doing on my lands before I turn and show you why sneaking up on a man like me was your worst mistake ever.”

“We’ll get to that,” the woman responded with no fear in her voice at all. “First you have a decision to make, and because I have about as much desire to be here as I do the possibility of a full body cavity search the next time I fly through LAX, you had better make it quick.”

Despite his anger at being caught unawares, Taika felt his lip quirk at the woman’s words. “Well, I have never been accused of keeping a woman against her will, sweetness, so let’s hear it.”

The woman moved slightly, just enough that the air around her shifted, and he inhaled her scent for the first time. Everything within him stilled, his gorilla huffing low as everything became confusing and clear at the exact same moment. As a silverback, he was the leader of his group, and had fought for that right on more than one occasion. He was an alpha, a shifter no body ever fucked with. He was feared and revered. He never knew he’d felt so untethered to the world until a bond snapped into place within him, holding him steady. The emotion that came with it was so fierce it almost dropped him to his knees, the realization that the woman standing behind him was his. His mate. His.

The confusion that came with that powerful recognition was the fact that the scent was difficult to catch, so weak he might have thought he’d simply crossed paths with his mate, and not that she was currently standing directly behind him. Click. With a weapon apparently, and Taika had a feeling she wasn’t just pointing it at the sky. A suspicion that was confirmed moments later when he felt the hard metal of the barrel press against the back of his head.

“Oh, I’m sorry,” his mate said in a voice that said she was anything but. “Did I interrupt you ignoring me? That is so rude of me. I mean, here I am talking like you might actually be listening to me, and in the middle of my badass rhetoric, you ignore the shit out of me, and I have to press the barrel of my truly beautiful Glock 9mm to the back of your head to make myself heard.”

Taika loved that his mate was a badass. Oh, he was pissed as hell that she was standing there with a weapon in her hand, but not because it was pointed at him. As long as she stayed close to him, he didn’t give a shit if she pointed a goddamn grenade launcher in his direction. No, he was angry because beneath the bravado and the sexy as hell sass flying from his woman’s lips, there was a thread of uncertainty and, if he wasn’t mistaken, fear, in her tone. He was fairly confident it had nothing to do with him though, as surprising as that was. What that did to his gorilla wasn’t surprising at all. He wanted to shift, take control, find whoever or whatever it was that made her scared and rip. Them. To pieces.

“You have my complete attention, sweetness.” Taika heard the anger in his voice, and from the way his woman stilled behind him, she did, too. “You’re scared. Stop it. It’s fucking with my animal, and he’s a monster. You ain’t ever seen anything like him. Just tell me who it is you fear. Give me a name, and I promise you, they will never fucking frighten you again.” Or breathe.

“And what makes you think that it’s not you that I fear?” His mate’s tone was more quizzical than anything else.

Taika held his breath as he raised his hands, desperately trying to appear as non-threatening as possible. Not an easy task for a guy who weighed over two-fifty, stood close to six foot six, and had the ability to shift into an eight-hundred-pound silverback. “I’m gonna turn around so we can have this conversation face to face. I’ll try not to scare you, and you try not to blow the back of my head off by mistake.”

Her laughter was something someone could write sonnets about, and had him closing his eyes briefly as pleasure rolled through him. “Trust me. If I blow the back of your head off, it won’t be by mistake.”

So enjoyed this fast-paced, sexy read. It left a few questions in my mind, and had already planned on reading her 2nd in this series, His to Protect; in this the questions were answered. Both-terrific!

A promising start to a new series, An Alpha’s Claim is an engaging paranormal read. Great characters and a support cast with stories of their own to be told, this one is certain to be a hit and I will be recommending to others as I am sure they will feel the same. I will definitely be looking forward to book 2!

OH wow....Oh wow!!! This was such an awesome story!! I love reading the first books in a new series and this one is GREAT!!! Ataahua and Taika are mates but will have to fight to stay alive. She&#039;s hunting the person who killed her Grandmother. At first, she thinks she&#039;s found him but then leaves. Taika must find her and convince her they are meant to be together. Drama, intrigue, mystery....it&#039;s all here. The book hooked me from the first page and kept me going until the end!!! And wow, I can&#039;t wait for the next book. Maia Dylan is a very gifted author and it&#039;s always a pleasure to read her stories. On another note, GET THIS BOOK!!!!!