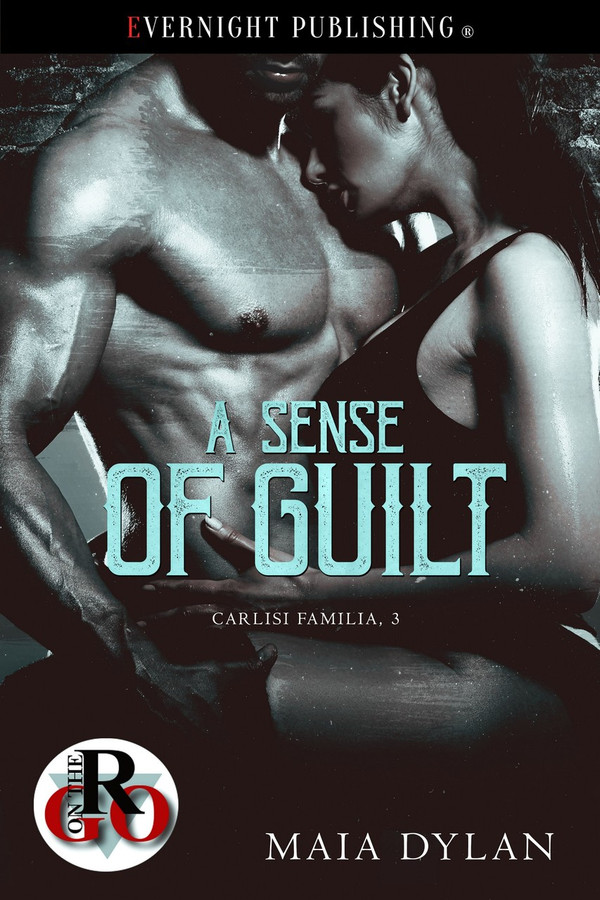 Guilt—the gift that keeps on giving. Gino Esposito lived with a lot of guilt from his childhood. His father was very clear. Gino was responsible for all the beatings he’d taken, all the abuse, and ultimately the reason why his mother was murdered by his father. And it was the guilt from not being able to protect Rosa Hernandez, the woman he knew to be the one for him, that had Gino believing he could never be worthy of her.

Rosa knew a lot about guilt herself. Hell, she was the reason why Gino was captured and tortured by the Battaglia family in the first place. She might have had a small role to play in ensuring he survived that night of horror, but she also knew Gino’s survival was worth risking everything.

When a threat against Rosa from her own family comes to light, it becomes very clear that her newfound freedom might very well be short-lived. Can Gino overcome his sense of guilt to take his place at Rosa’s side and protect her, or will he succumb to that guilt and lose the best chance he had at a future?

Rosa jerked in surprise. “I never thought you would. Why would you think that?”

Gino lifted his fists to his hips, a move that pulled the white business shirt he wore beneath his suit jacket tight across his muscular chest. “Because you are fucking looking at me warily and you stepped back.”

Rosa bit her bottom lip, not quite able to meet his gaze, and she closed her eyes when he stepped even closer.

“Cara? Talk to me.” She felt him slide his hand beneath her jaw, gently tugging until her face came up. “Come on, sweetness, open those eyes and tell me what’s going on in that beautiful head of yours.”

She shook her head, refusing to open them, afraid that he would read more in them than she was ready to reveal.

“Then I guess I’m going to have to make you.”

As she was processing that statement, Gino pressed his warm lips to hers. When she gasped, inhaling sharply, her eyes flew open. She caught the lust in Gino’s gaze in that brief moment before he cupped her face in his hand, tilting her head slightly, and then took the kiss to another level. This time, her eyes slid closed as her body filled with sensations sparked by a man who knew how to kiss. And Gino kissed like no one she’d ever kissed before.

He claimed her mouth for his own, simply devoured her, and there was nothing she could do about it. Not that she wanted to. Gino demanded everything she had to give, and she gave it willingly. When he finally pulled back, they were both breathing heavily, and she was completely off the ground as he held her up against him. Her arms locked around his neck and her legs wrapped intimately around his waist.

Gino leaned in to press his forehead against hers. “Can I take it from that, cara,that perhaps I was mistaken and you aren’t afraid of me?”

Gino’s smile was genuine and her heart stuttered at just how incredibly handsome he was. “Good. I’m glad we have that cleared up. Now, tell me what happened tonight to scare you.”

And just like that, all the warm fuzzy feelings that had heat pooling deep within her were washed away by ice-cold reality. “Why do you think something happened?”

She winced at the tremble she heard in her own voice. Gino’s arched brow told her that he had caught it, too.

“Cara, just tell me who those men were and what they said to you.”

Rosa sighed, lowering her legs and pushing against him until he lowered her gently to the ground. “They were two men sent by my father.”

Gino frowned as he moved back to lean against the wall. “You’ve never mentioned your father before. You’ve been pretty vague about your entire family, in fact.”

Rosa nodded, crossing her arms around her middle, suddenly feeling chilled. “I know. I let you believe that I had no family, and to be fair, Gino, as far as I’m concerned, I don’t. You once asked me if I’d worked for the Battaglias and I said yes. But that’s not entirely true.” Rosa took a deep shaky breath as she prepared to tell him her greatest shame. “My father gave me to Vincent Battaglia three years ago.”

The third book in the Carlisi Familia, A Sense of Guilt is a gripping read. Gino &amp; Rosa are brilliantly delivered characters and the dynamic support cast of characters around them make for a truly engaging story. If you haven’t read this series yet do yourself a favour and add it to your collection.

Gino and Rosa are survivors. When a threat from Rosa’s own family comes to light, Gino has a choice to make. One that’s life or death, love or loss. Dark, dirty and heart wrenching. That pretty much explains this book. The pain this author put these characters through is just cruel and it really makes me cheer for them. In terms of the action, there’s a ton. The growing love between Gino and Rosa is beautiful then some seriously hot romance. I love this dark romance vibe that’s been so popular lately. A Sense of Guilt is a must read for those readers who like their heart pulled out of there chest and then sewed back up by an amazing story. Intense action. Stunning romance. I can’t wait to read more in this series!

Gino and Rosa, hmmmmmm. Wanted their story after book one, the torture and abuse they suffered was appalling. Can two very damaged people make one relationship or is the past too much baggage between them? I needed the answer to this question, had to know what happened to Gino, who was the woman who tried to save him, all these questions have been haunting me since book two. And yes, they were answered, and nope not gonna tell what happened......half the fun is the journey! But now I&#039;m left with more questions.....what&#039;s Marissa&#039;s story? Who&#039;s next in the line of fire and most importantly........how long do I have to wait???

One Last Hit by Maia Dylan