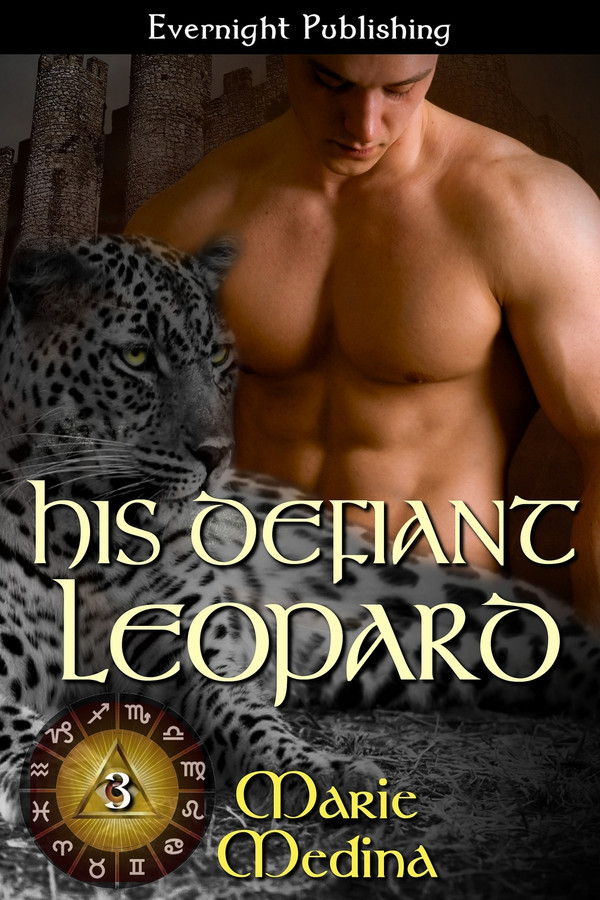 Thanos enjoys his quiet and solitary life, but when he finds two lost leopard shifter cubs, he starts to see that he’s been missing out on life by keeping to himself. Before he has a chance to try to help them, their older brother practically storms the castle, accusing Thanos of holding the cubs against their will. From the moment he scents Declan’s blood, Thanos knows the fates brought the cubs to him for a reason.

Declan is furious when he discovers that a vampire has taken his brothers, but Thanos is not what he expected at all. He knows he can’t trust anyone, yet he wants to believe the handsome vampire who immediately offers him and his brothers a safe and luxurious life. But Declan and his brothers have a secret, and once the vampire finds out, Declan knows the happiness being dangled before him could be lost forever.

Declan sat on the long couch Thanos gestured to. The captain and his lieutenant had been most helpful, and they had mobilized immediately. Declan had heard Thanos giving express orders to make finding the men a priority. Something wasn’t right, and that scared Declan. Why would the vampire care so much about robbers? Yes, they had hurt Declan physically, but no one had been killed and no property actually destroyed or stolen. They might have had evil intent regarding the cubs, but nothing could be proven. Even though vampires could deal out justice however they liked, Thanos’s actions seemed too extreme.

Thanos went to a table and opened a small wooden box. Declan tensed when he saw Thanos pull out a knife, and he jumped to his feet as Thanos cut his own wrist.

“My lord, what are you doing?” Declan asked, inching forward to see better yet wanting to back away.

Thanos let some of the blood dribble into a small silver bowl and then he licked the wound. “If you drink this, your arm will heal. Unwrap it and let me look to see it is set properly. I don’t want it to heal in a way that could harm you.”

“I would prefer not to imbibe, if it’s all the same to you.”

Thanos set the bowl aside and grabbed Declan’s arm, cutting the bandage off with one swipe of the knife. Declan tried to free himself, but between the broken limb and Thanos’s strength, he could not.

“What have I done to deserve this treatment?” Declan asked.

Thanos examined his arm and didn’t answer. He took the bowl and held it to Declan’s lips.

“No.” Declan turned his head away.

Thanos sighed and set the bowl down. Still not saying a word, Thanos wrapped his other arm around Declan’s waist and pulled him close. His irises had turned red, indicating his need for blood. His fangs sank deep into Declan’s neck before Declan could protest. Desire surged through his body, but he fought it. Thanos drank deep, moaning and pressing their bodies together. Declan felt the vampire’s arousal, as well as his own. He’d heard stories, but he’d never imagined a vampire’s bite would truly feel so good. Thanos sealed the wounds with several long licks of his tongue, much to Declan’s relief. Another a few moments, and Declan would probably have climaxed and embarrassed himself.

Declan had to obey, as the vampire now had power over him. To his amazement, the blood tasted good, almost like honey, and heightened his arousal. His arm tingled, and he knew Thanos’s blood was healing him. The pleasure and shock had so overwhelmed him he hadn’t realized Thanos had bitten him in order to gain the power to command him. The vampire’s eyes had transitioned to black now, and Declan knew that meant Thanos wanted to penetrate him in a completely different way. He could still feel heat where Thanos’s tongue had swiped over his flesh, and part of him wanted to give in to the vampire’s desire.

“That was wrong of you, my lord,” Declan said, keeping his voice low to hide his need. “You take an unfair advantage to get your way.”

“I know you can’t feel exactly what I feel,” Thanos said, setting the bowl aside and making Declan look at him. “You’re stubborn and would not accept my help, so I forced you to accept it. I’m sorry. As penance, I’ll give you relief but ask nothing in return.”

“Relief?” Declan gasped and jerked away when he realized what the vampire meant.

The third and final story in the ‘Year of Eyes’ trilogy set on Valladora focuses on Thanos, a vampire lord who is rather more withdrawn than some of his brothers in earlier books. Thanos stumbles across his mate, Declan, purely by accident - right after he rescues two small snow leopard cubs who can’t seem to change into humans. Actually, Declan comes banging on Thanos’s door ready to storm the castle because he is afraid his young twin brothers have been kidnapped or worse. This belligerence remains part of their dealing with each other for quite a while as these two men get to know each other. It made for some very entertaining banter, but the threat that follows quickly takes over. Thanos, unlike his brothers Kyros and Ladon, likes his life quiet, solitary, and without interference. It doesn’t mean he is a total recluse, so when he finds two helpless snow leopard cubs, he does not hesitate to take them home so he can keep them safe. Thanos doesn’t quite know what hit him when their much older brother turns up, accusing Thanos of all sorts of things and “demanding” the kids be released immediately. The story could have ended with Thanos turning over the cubs – if it weren’t for the fact that Declan is wounded from fighting off the robbers who attacked him, and the scent of his blood alerts Thanos that Declan is his mate. Thanos is ecstatic, ready to defend all three brothers with his life, and determined to protect them whether they like it or not. Declan is super prickly. He has raised the cubs since their mother died three years ago, they have been on the run all that time, and Declan’s only purpose in life is to keep them safe. He has learned not to trust anyone, so to find a powerful vampire lord has “taken” them brings up Declan’s hackles. He assumes the worst and none of Thanos’s assurances that they are all safe in his castle will make Declan calm down. Being told he is Thanos’s mate just sounds so ludicrous, Declan doesn’t even want to think about believing it. Except – he is extremely attracted to Thanos, and the vampire has done right by the cubs (and Declan) – so where does that leave him? In an awful quandary, that’s where. Despite their attraction, these two men have a very hard time communicating, never mind building trust. If it weren’t for the threat to all of their lives that suddenly turns up at the castle, I am not sure they would have found common ground anytime soon. If you like stories about mates who start off on the wrong foot, if you enjoy reading about intense courtships with lots of fighting, and if you’re looking for a read that is intense, suspenseful, and very rewarding once the main characters understand each other, then you will probably like this novella. I look forward to reading the next trilogy – ‘The Year of Moons’.

Adorable leopard cubs, a sexy vampire and a stubborn adult leopard equals a ready-made family. It&#039;s just that the adult leopard doesn&#039;t know it yet. Declan is a secretive and lonely man. His beloved mother is brutalized before he could save her. The only family left, he clings to tightly--his two little brothers who he helped bring into the world as his mother died. When he&#039;s separated from them through an ambush, he is determined to get them back. Thanos is a vampire who is watching his large family finding their perfect mate. A bit envious, he hopes for the woman who will make his life fuller to show up. To his surprise, he trips over his soul mate&#039;s siblings. Surprise! An angry man shows up and demands for the release of his imprisoned brothers. To say that Thanos and Declan&#039;s first meeting is rocky would be an understatement. The world building in this story is light. The characters are sweet and easy to like. The conflict is set up well and resolved efficiently. The romance between Thanos and Declan is cute, just as adorable as the two playful cubs. The sex in this story is mild and tame. One would expect a bit more rough body play between a vampire and aggressive shifter. This is a short and darling novella about lovers who bond regardless of biological sex. Love conquers all for them. Recommended to paranormal lovers who want their happily ever after.

His Wild Wolf by Marie Medina

His Second Chance by Marie Medina