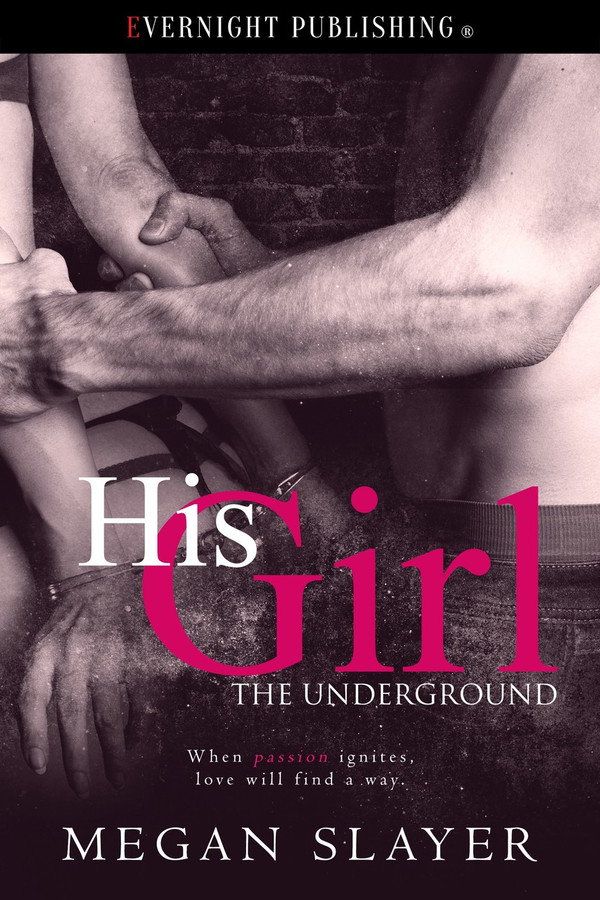 Mary Allen’s never been a guy magnet. Most men are put off by her confidence in the workplace. Not Sebastian. He kindles a passion she thought was long dead. After one scene, she’s ready to jump back into the lifestyle. But can a workplace romance really work?

Sebastian Paul came back to the Underground after time away to figure out what he wanted from his life. He can’t escape the desire or the need for the scene, but he hasn’t found his perfect sub—until he spots Mary. He never expected to see her at the club. She works with him, and although she oozes confidence, he notes her desire to submit. He wants Mary as his girl. No question. But will she want him in return?

When passion ignites, love will find a way.

He patted her ass. Damn. He hadn’t expected to find Mary when he’d come to the Underground club. She hadn’t been a member during his first run at the club. If she had, he’d have remembered her and probably already owned her. He’d dreamed about her luscious body and longed for her kiss.

But they worked together. He considered her a friend and hadn’t asked her stance on dating coworkers. Maybe he should’ve.

He shifted on the bench to watch her. He had a thing for tall women. He liked curves, but something about Mary spoke to him. “I have one request.”

She glanced over her shoulder. “Yes, Sir?”

The words sounded sweet coming from her lips. “Leave your shoes on.”

“Yes, Sir.” She smiled, then stood in front of the bed.

“Tell me what you like when you’re getting yourself off.” He folded his hands over his crotch to hide his burgeoning erection. She turned him on in so many ways. He longed to taste her.

She’d said she liked to be on display. Was she turned on by performing? He’d tuck that fact away for later.

“I like to be touched.” She hooked her thumbs in the thin elastic of her thong and shoved the narrow fabric down her legs. The garment landed at her feet. “I prefer being blindfolded, but when I touch myself, I don’t want any barriers.”