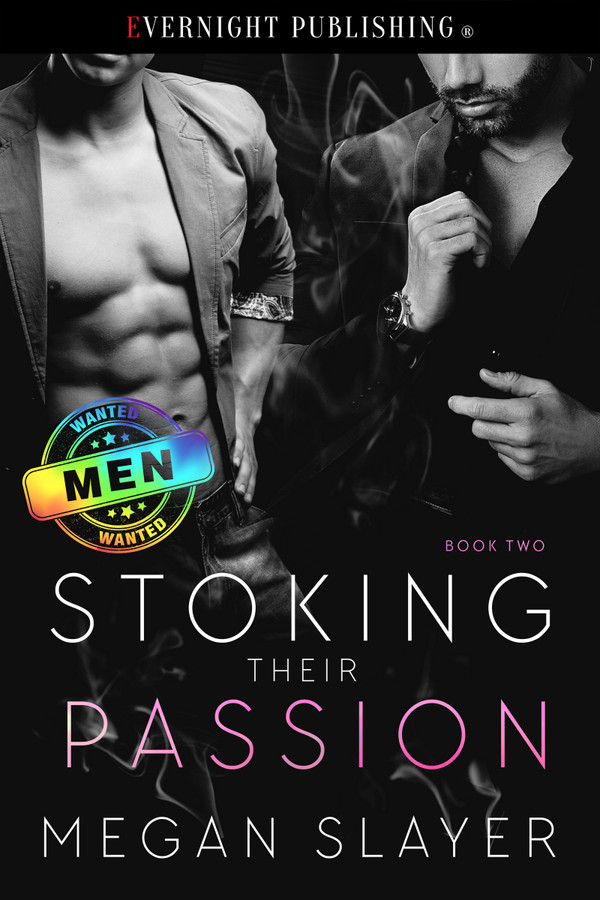 Arlen Lake wants a partner and won’t stop until he gets the man of his dreams. He goes straight to Men Wanted for his match, knowing he’ll get his money’s worth. He’s in love with his assistant, Noah Maxwell, but Noah isn’t out of the closet. Getting matched with him seems impossible, but a little magic from the gods can’t hurt, right?

Noah Maxwell wants a match, too. He needs to come out of the closet first, but can’t deny he’s been in love with Arlen for years. With the help of Men Wanted, he comes out of the closet and allows them to help find his match. He’s convinced he can’t be paired with Arlen because Arlen wouldn’t want a man so unsure of himself. What if the perfect match is the last person he expects and exactly the one he needs—Arlen?

“I did. Did you?” Stupid question. Why would Arlen be wearing the exact correct outfit per the email?

“I did.” Arlen smiled. “Did you … ask for me? I mean, the odds we’d get paired up are astronomical, but long shots are possible.”

“You know, I could ask you the same thing.” Noah wished he had more courage like he’d had when he talked to the blond man. “You were paired with me. Coincidence?”

Arlen tipped his head. “It could be, but I doubt it.”

“You told them you wanted me because it’s safe.” He was guessing, but his guesses didn’t tend to be too far off.

“I mentioned you in my profile and in my answers,” Arlen said. “So I believe we were truly paired.”

Mentioned him? “Ah.” He’d been foolish to think Arlen would see him as anything but his friend. He’d probably mentioned having Noah for his date would make the first one easier. “Well…”

“What?” Arlen frowned but his eyes sparkled. “We’re here. We should enjoy ourselves.”

“Yeah.” Noah fidgeted. He had the man of his dreams at the same table and looking at him with love or something akin to it in his eyes, yet he doubted. Himself? The date? Something else?        He wasn’t sure.                He could hear the pesky voice of his mother telling him that coming out was a mistake. Except coming out didn’t feel like a mistake. Felt like he stood at the beginning of something wonderful.

But his doubts still crept in.

The one thing he did know was that he cared about Arlen and wanted to be with him.

“Can we go for a walk? It feels so stuffy in here.” He left a twenty-dollar bill on the table. “Please?”

Noah exhaled to compose himself. He needed the time and fresh air to think and decide what he wanted.

But was he good enough?

Stoking the Fire by Megan Slayer