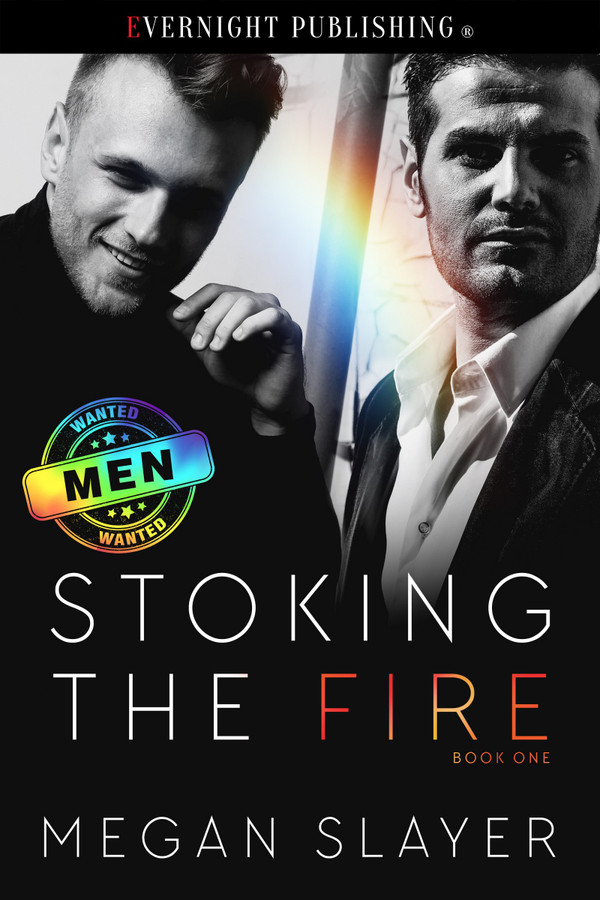 Andrew ‘Duff’ Wagner goes straight to the gods to get his love match made. He relies on Men Wanted, the matchmaking service run by Apollo, Artemis, and Eros to find his perfect match. He’s in love with a certain lawyer, but there can’t be enough magic in the cosmos to get them together, right?

Christian Foley knows exactly who he wants as his match, but he works with Men Wanted to find the perfect partner. He’s got a thing for Duff Wagner and won’t rest until he gets a date. Christian and Duff might have a chance if only Duff’s ex would stop butting in. When he finally hooks up with the sexy shop owner, they have to decide if their passion will go up in flames or start the fire to last forever.

“So is this gentleman. Honey?” She touched Duff’s hand. “Right?”

Duff wanted to melt into the floor. Christ. Despite every cell in his body screaming to look at Christian, he held still.

He couldn’t ignore Christian any longer. “Hi.” God. He was still so handsome. Christian wore his suit coat and vest with the rose tucked into the lapel. He smelled like sin and Duff paused. He was indeed wearing a red rose. It had to be Duff’s imagination or a joke. Christian was the one who said they shouldn’t mix work and pleasure. “What brings you here?”

“Me?” Christian sat next to him. “I’m looking for a guy who ordered a coffee with four creamers.” He pointed to the little unopened containers. “That looks like four.”

“I am.” Christian narrowed his eyes and smiled.

Duff knew that smile. It meant Christian thought the situation was amusing and hard to fathom―but he’d never say so out loud. He toyed with one of the creamers. “It’s okay. You’re probably waiting for someone else.”

“Well, kind of.” Christian shooed away the waitress. “Thank you.” He faced Duff. “It cannot be a coincidence that you’re here with that coffee and cream at the counter and I’m here with a red rose. I don’t know why we were the ones the service chose, but Men Wanted isn’t stupid. They must’ve seen something we didn’t.”

“I did.” He pushed the creamers away. “So … what do we do?” Declaring his undying love and demanding they go back to his condo to fuck until they were both breathless seemed a bit presumptuous and over-the-top. Still, a man could dream.