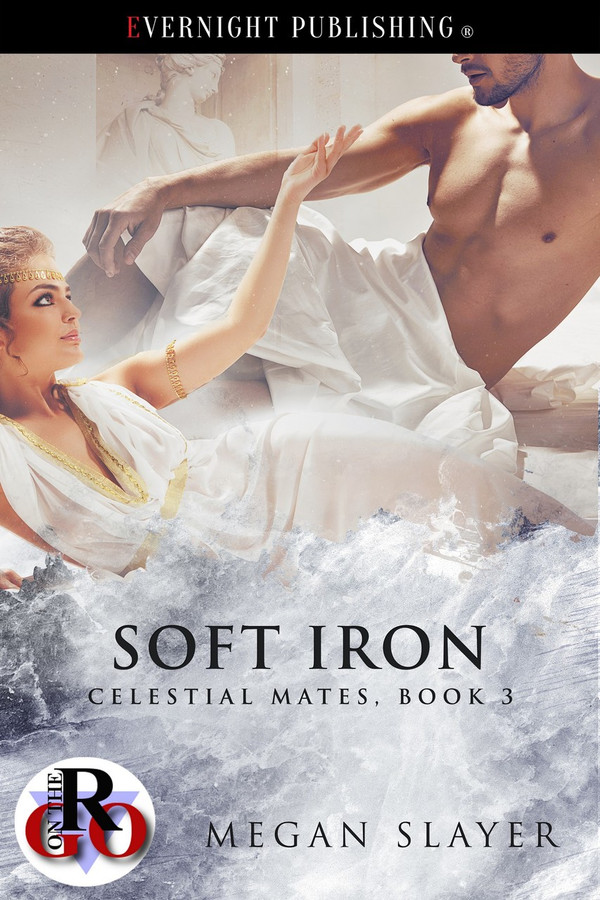 Bia is the goddess of strength and compulsion, but those traits have her trapped in iron. A simple kiss could break the curse, but who wants to kiss a statue? Especially a statue of a woman stabbing a man in the heart? She knows better than to hope her celestial mate will find her, but what if her hopes are justified?

Oliver, a very quiet, geeky guy, knows his way around fabric and fashion. He excels at his job of dressing mannequins for storefronts, but he's lonely. When he sees the statue of Bia, he's smitten. She's everything—strong, confident and sexy—everything he wishes to be. What will happen if the shy man overcomes his fears and gives in to his heart's desire? He just might be able to harness the power of the goddess.

He waited until the door closed and peeked around the closest boxes. He didn’t want anyone listening in to his conversation. Call him overly private, but he liked keeping some things to himself.

Oliver whipped his phone from his pocket and snapped a few shots of the statue for future reference. He draped his bag over his shoulder, then hesitated.

Oliver turned and ascended the ladder one more time. He stared into her black eyes. He didn’t know what to say, but he felt he owed her a good-bye of sorts. “I’ll do my best for you to make you beautiful,” he said, then pressed his lips to hers. His mouth tingled and he bit back a moan. He’d never forget the statue. He’d see her again, but still she was one in a million.

Oliver eased away from her and touched his mouth. “Good night, Bia. Until tomorrow.”

He climbed down the ladder and headed out of the stockroom. He’d find the best dress and make her look stunning. Now he had to get her out of his mind so he could focus on his other jobs. He waved at Kratos, who was on the phone, then left the store. His favorite consignment shop tended to have summery dresses in stock and always the one-of-a-kind garments he preferred. If he played his cards right, he’d be able to find what he needed, get the statue dressed, and still make it to his six o’clock appointment before Matilde had a snit fit. Time to hit the stores.