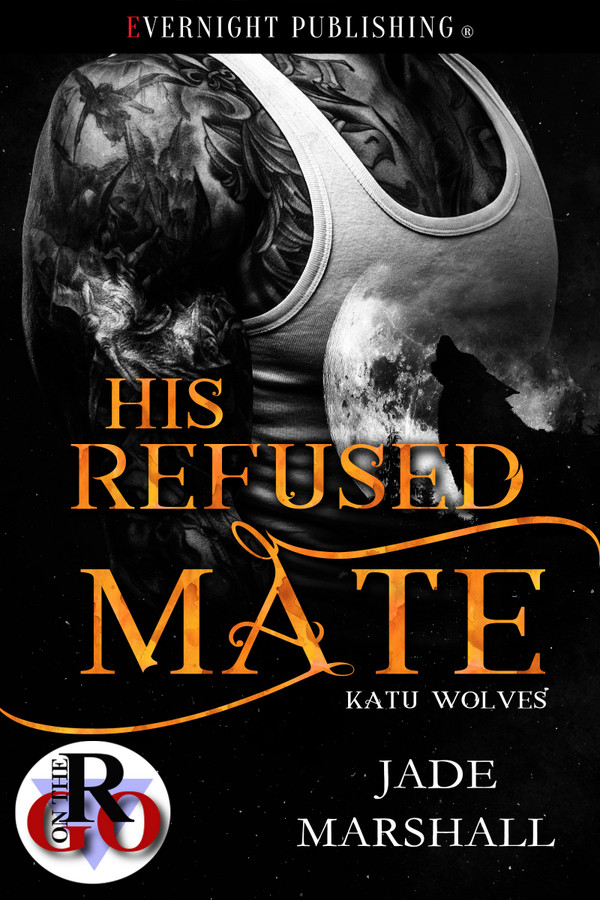 Wolf shifters are fated with one mate. Losing your mate or refusing it causes immense pain and, in some cases, death. But what if fate gives you a second chance?

Payton has been on her own for longer than she can remember, even when she was still part of a pack. Being refused by her fated mate has her fleeing, starting a life of solitude away from any other shifters

Caine is the Alpha to his pack and although he loves his pack dearly, he longs for his true mate. When he catches her scent he will do everything to make her his. But can he convince her to take a chance?

Deciding to go for a swim before I shift to my wolf, I get undressed, fold my clothes neatly and place the pile, along with my shoes, behind a tree. Slowly I wade in, enjoying the coolness of the water against my skin. I feel overheated and my skin feels stretched tight over my bones. It has been that way since I got here, and I can’t explain it. I have the most vivid dreams about a man whose face I can’t see no matter how hard I try, and more often than not I wake up with my breasts feeling heavy and an intense ache between my legs.

Dipping my head beneath the water, I clear my mind and take a deep breath as I reemerge. Pushing my hair back, I stare up at the stars and thank the goddess again that I am finally free.

A sound to my left startles me, drawing my attention. Emerging from the treeline is the largest black wolf I have ever seen. I don’t move, afraid to even breathe. I may be able to defend myself against a would-be human attacker, but a wolf, especially one this size, is not something I would ever take on.

Slowly he pads forward before lying down in front of the pool, resting his head on his front paws, his yellow eyes watching me intently. As the fear starts to dim—because he clearly isn’t intent on attacking me—a new scent assaults my senses. Dark and rich, like freshly made coffee. When it hits me, I am transported back to my dreams. Instantly my nipples pebble harder than they already are, my breasts starting to feel heavy, and the throbbing between my legs returns. The arousal is so intense that my knees threaten to buckle.

The black wolf whines before crawling closer on his belly. Even in wolf form, his gaze appears pained. But as I take another deep breath of fresh air, catching the strong scent again, I remember. I remember the last time a smell affected me this way, turned me inside out. I remember the pain that followed once I was rejected. The humiliation of not being good enough for the mate the goddess chose for me.

But it isn’t possible. I have only heard stories of wolves finding a second mate, old wives tales that very few put any stock in. I don’t know anyone who has ever experienced it.

“What do you want?” I question.

Slowly, he starts to shift back to human form. I watch in amazement as the most beautiful man I have ever seen appears before me. If I ever thought that Slade was attractive, I knew nothing. The man before me is gorgeous, with dark hair and a chiseled jaw with a little scruff. Broad shoulders lead down to an expansive chest with beautiful artwork tattooed over his arms. My gaze skims over a perfectly defined abdomen with a V indent beside the hip I have the sudden urge to lick, down to an impressive cock. A fully erect cock.

He stands perfectly still as I take my fill of his physique, but as I stare at him, his cock twitches. As part of the shifter community, I am used to nudity. I have seen my fair share of naked men and cocks in all shapes and sizes, but never in my nineteen years have I felt the urge to get down on my knees, naked, and present myself to a male.

“What do you want?” I demand again, straightening my shoulders.

“My mate,” he snaps in return.

A good book with good characters and an interesting plot. It kept my attention from the start. Overall an enjoyable book.

Wow! So much emotion in 1 book. I could literally feel Payton&#039;s hurt, I didn&#039;t think she would trust any mate again, but with a lot of patience, love and respect Cain won her heart. Not without obstacles though. I loved the action and didn&#039;t know there could be written so much in one short story, but you did it Jade.. All in one without neglecting any part of emotion, action and romance....I totally loved this book and can&#039;t wait for the next one.

I really liked it. I have been looking for a short story that would capture me. And that did the job. The characters were enjoyable and given enough background history for qick read, and the story was quick paced and didnt drag along. I loved how the main heroine has grown from hurt and defensless to power in itself Alpha female. I don&#039;t think anyone would be dissapointed in this if the theme and lenght of this story is what You are looking for.

A good read, I do wish the situation with Slade would have been a little longer and Sara that end was disappointing still I loved it

Peyton is the daughter of the Alpha, but when he took off and didn’t return, the pack took her and made her their maid. She owes them for taking care of her and giving her a roof over her head, even if she is treated as a slave. When she turns eighteen everything changes, and she becomes a free of the chains that have bound her. Caine is the Alpha of the Katu Wolves and is looking for his mate. He is lonely and wants to find the one person to complete him. As “a wolf shifter he wants nothing more than to find his mate, protect his family, and serve his pack”. Too bad that he is unable to find his mate within his pack. Peyton is free to roam whenever and wherever she wants now that she has left the pack, she was raised in. When the new Alpha figures out that Peyton is the key for him to become a true Alpha, he goes looking for her. Caine has his sights on his mate, but he must convince her that he’s not going to hurt her. Peyton finds her home and acceptance in a new pack and is called upon for advice by those in her new pack as the Alpha’s mate. I enjoyed this quick read and the characters in this story. I give the book a 4-star review. If you are looking for a quick shifter story to read with determined Alphas pick up His Refused Mate, by Jade Marshall.

I like this book, it is the first time that i have read this author, but i do like it and will read more of her books. Peyton, who is a slave to her pack, turns eighteen and is rejected by her packs Alpha. Fast forward one year, Peyton has made a life for herself away from her pack, but it seems Fate isn’t done with her just yet, and puts her is the path of the local Alpha. She is scared, because her old Alpha ruled with fewer, and intimidation, where this Alpha rules with understanding,love and guidance. The old Alpha comes to claim Peyton again, only because he is not the true Alpha of the pack, but Peyton is. A fight, death, and understanding is had by all.

Wow, so much in a short story, I am always careful when reading short stories, many try to cram as much as possible with absolutely no sense, this is not, it grows over the pages and draws you in, and I loved the characters.