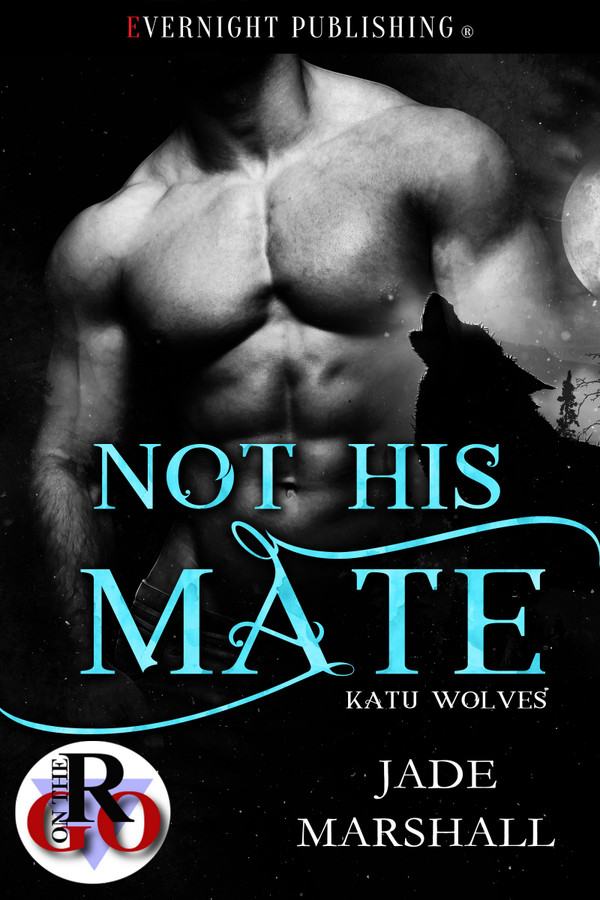 When a wolf shifter finds their fated mate their entire world changes. There is nothing on earth they wouldn’t do to keep their mate by their side. But what happens when your fated mate is already mated to someone else?

Calum Beckett, Beta to the Katu wolf pack, has finally found his fated mate in Talon Quinn. The only problem is that she already has a mate. Trying to stay away from Talon is pulling him apart and driving his wolf to the brink of insanity. But what choice does he have?

Talon has moved to the Katu Pack with her mate Parker, but Parker isn’t her true mate, but someone she was forced to mate by her previous Alpha. When she finds her fated mate her life is thrown even further into chaos. Difficult choices lie ahead, and no matter which path she chooses, pain is inevitable.

How much pain are you willing to cause? How will either mate react to choices that Talon makes? Can anyone have their happily ever after?

I still have a rebellious streak, it’s part of my personality, but I try to tamp it down. Today, I have pushed more of Parker’s buttons than I have in the last year, and the outcome will not be good. Not that it would matter what my attitude was toward any of this. It’s obvious Parker could sense the mating bond between the Beta and me. It is a palpable aura that clings to unmated wolves when they find their true mate. I may not be as heavily affected as Calum is because I am already mated, but with our heightened senses, he couldn’t have missed it.

“Talon,” Calum calls out to me.

His voice flows over me, coating me. The deepness vibrates through me, turning me inside out. I want to continue walking, but my body responds to him so strongly that my feet stay planted to the path. I don’t turn to watch him approach me because I can feel his presence get closer with every step.

“You’re at the wrong house,” he says lowly into my ear. “This is my house. And although you will always be welcome here, it would be inappropriate.”

Placing his hand on my lower back, he guides me to the house beside his, sending goosebumps skittering across my flesh. All thought has fled from my mind as I allow him to touch me and guide me. At the door to the main house, we stand in silence for long moments, his fingers lightly flexing against my back before he knocks.

The door is flung back, and Peyton beams at me.

“Talon!” she squeals before throwing her arms around my neck and embracing me closely. “Come in! I am super excited to have you here. Let me show you around.”

Peyton grabs my hand and leads me deeper into the house, pulling me away from Calum’s touch. A touch I immediately miss. In the massive kitchen, she flutters about, talking continuously, but I don’t hear a word. I am trying to center myself in this new normal that has been thrust upon me.

“Talon?” Peyton looks at me quizzically. “Are you okay?”

“You can talk to me. The new pack can feel overwhelming but we have always been friends. If it’s about the mating scent clinging to you, maybe I can help.” She looks so supportive I can’t stop myself from spilling the beans.

Taking a seat at the solid wood counter that runs the length of her kitchen, I haul in a deep breath before letting it all out.

“Slade forced me to mate when I came of age. You had already been gone by the time that Parker found his way to the pack, but he isn’t a good man. He isn’t a good wolf. And then we came here because you said we would be safe and accepted, and now I’ve found my true mate. And I don’t have a clue what I should do.” Sighing, I rest my head in my hands. The migraine I will definitely have later already forming at the base of my skull.

Footsteps can be heard from deeper in the house before a large male appears at Peyton’s side. His hands are all over her face and body, looking for the cause of her distress. When he finds nothing, he finally scans the surrounding area before his gaze lands on me. His gaze narrows and my wolf wants nothing more than to submit and bare my throat to the man who is clearly my new Alpha.

“Stop that, Caine. Talon didn’t do anything wrong. I was just shocked by some news she shared with me.” Peyton pushes at his chest. “Go and be domineering somewhere else. This is girl talk.”

“Are you sure, my moon?” He cups her face gently in hands that I am sure are capable of immense violence.

Her face softens as she smiles up at him before placing a kiss on his scruffy jaw.

“Yes, my love,” she replies, and the moment feels way too personal for me to witness.

You’ve got a mate, but it’s the wrong one! That’s what happens to Talon when she is mated to a shifter called Parker in her previous pack. He is not her mate but was ‘given’ her as a reward for being loyal. So when that pack is taken over and some of them integrate into a new pack, you can be sure of trouble when her real mate shows up. This was a quick read with all the parts I love in a shifter story. There are fated mates where the path is anything but smooth, humour, steam, and most importantly for me, a HEA! I just wish there had been more of it! This is the second book in the Katu Wolves series and although I read this as a standalone, I’m not sure if reading book one would have been more beneficial to me. At least then I would have had some idea about Slade’s pack and how the takeover worked. Still, maybe that’s me wanting more… again! On the whole, this was a great read for a coffee break. If you like shifter romances, I see no reason why you won’t like this!

loved it !!! love this series !!! love Callum... love Talon... this is their story... a fast paced drama... finding your true mate... is supposed to be the most joyous thing but, not if she is mated to another... it tears you apart... Talon was forced into a mating by her old alpha to an abusive controling mate...can she break her mate bonds ... to mate with her true mate ? OMG !!!

I love this story, there are so many people that are with someone, but not happy, in this wonderful story, true love finds this couple bringing them the love and happiness they deserved, even though they had hurdles to overcome, a crazed ex mate who was forced upon her before her true mate came to her rescue , it&#039;s beautiful, read the first book before this one, it&#039;s wonderful too, it&#039;s called rejected mate, you will love it!! Waiting eagerly for next book in this series the Katy wolves,

In Jade Marshall fashion, She writes a story that keeps your interest with ups, downs, twists, and turns in the plots. You are pulled in by the characters and all you want to do is dive in and explore with the characters to live their lives so you can escape for a little while. I have been reading Jade Marshall for while now. Talon is part of the worst pack in the worst pack in world and she is forced into a mating of not her choosing. After a challenge, the alpha of her pack is killed and she and her mate must move on to the Katu pack. Now if you have read any type of shifter books you will know most have fated mates but if this is your first one wow you are in for a ride. I will not give away the plot. Read Jade Marshall&#039;s books she is a great storyteller. Now on with the story this pack does not like lazy people so Talon&#039;s mate is one that thinks he, Parker, should be served and not have to work. The pack that is willing to take them, the Alpha and his mate Payton, say that each member must carry their own weight. Callum, the beta, stops by to give job assignments well I am going to stop there. This is where the story gets interesting. Lets just say Parker and Talon are not fated mates. So read the story to find out about how it ends YOU will not be disappointed.

I absolutely loved this book. Talon is from the Hatcher pack. She was forced into mating with Parker. Once their so called alpha Slade was killed by Caine. His pack took in the Hatcher pack with stipulations. Turns out the beta Callum of the Katu packs fated mate is Talon who is already mated. There is so much more to this story and it is extremely exciting.

I really liked the premise of this book. Beta wolf shifter Calum found his fated mate when she joined his pack. The only problem was that she is already mated. Talon is already mated to a man she was forced to be mated to by her old pack alpha. He&#039;s controlling and abusive, even more so when he recognizes she has found her fated mate but refuses to give her up. To renounce her mating bonds is severely painful and might even cause death to either of the bonded. Does she have the courage to do so, and if she does, will Parker ever let her go? While I enjoyed the premise of this book, it was a short story. There was no real room to focus on the characters or have their relationship grow. Things happened very quick and were at times too quickly/easily resolved. 4 stars

This is a great shifter story and it didn’t disappoint at all. I loved it. The main characters are fated mates, but she is mated to another, by her old Alpha. Callum and Talon try to not want each other, but the pull is to powerful for them. First thing first is that Talon must disclaim her current mate to be with Callum. When she does the pain is so great that it feels like she is being ripped apart from the inside out, Callum helps her through it and they mate. Their connection is powerful and lastin