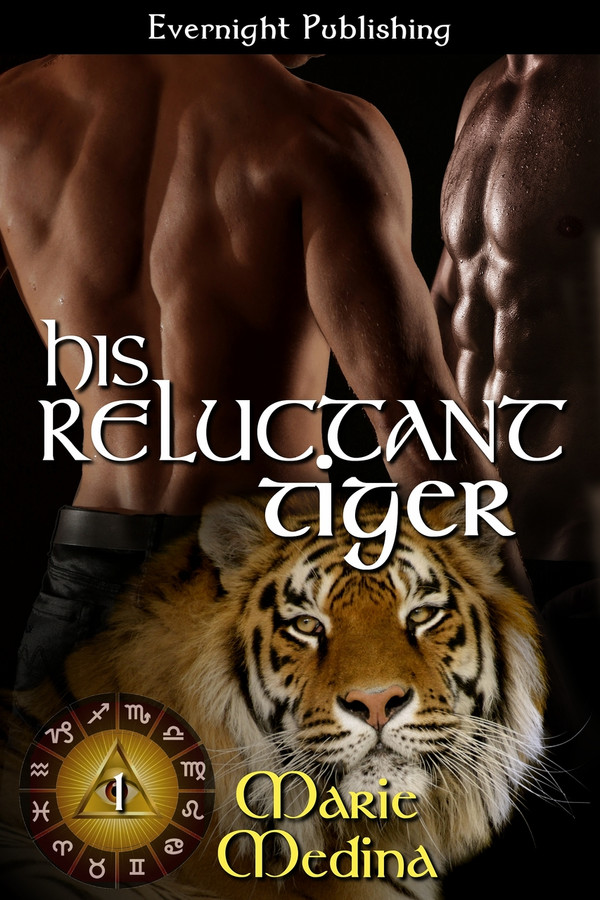 Shigure finally has a home and friends who love him, and even a brother he’s slowly building a relationship with after years of estrangement. He thinks his life is settling down, and then he discovers he’s a vampire’s mate. His focus changes completely when he offers his mentor’s brother, Kyros, his blood and feels their connection. Loving others has always ended badly for Shigure, so he’s afraid to believe the fates are truly blessing him with so many good things all at once.

Kyros wants to curse himself for not seeing that his mate was right under his nose for almost a year. But now that he’s found him, he’s going to do everything he can to show the timid and reluctant young man how beautiful every aspect of love can be. Just as Shigure starts to open up emotionally and yield physically, a summons from the king separates them. Now they have to trust that the gods didn’t give them a brief glimpse of happiness only to separate them forever.

Kyros felt bad that Shigure had worried, but he knew Ladon hadn’t meant to cause Shigure anxiety. “I think Ladon just wanted to be sure you were safe and focus on what we were doing. He probably didn’t think how you would worry.”

Shigure ran his hands through his thick brown hair, ruffling it as he laughed. “He ought to know how much I worry by now.”

Kyros took a deep breath as they stepped outside. “It’s a lovely night. I wish my arrival hadn’t been marred by this … incident.”

“Was it random?” Shigure asked.

“We don’t know. But the man made it clear he wanted to kill me.”

Shigure blanched at Kyros’s words. “He did? But why? What reason could he have had? That’s awful.” He hands balled into fists at his sides. “It makes me angry.”

“Angry? I’m flattered,” Kyros said, trying to keep the mood light. He hadn’t meant to upset Shigure. Over his many visits, he had noticed that the young man did worry and brood often.

Shigure looked at him, his expression sober and serious. “You’re a good man, and you have a loving family. You did not deserve to be attacked, and if he’d succeeded, your family would have grieved and experienced lots of pain. It bothers me. I love your family so much.” Then Shigure colored and turned away, going to sit on a bench beside a small pond.

Kyros hesitated, not wanting to add to the embarrassment he saw on Shigure’s face, but then he went to sit beside him. They sat there in silence a while.

“I’m sorry. I never had what you have. It makes me place that much more value on it,” Shigure said.

“Don’t apologize.” Kyros watched the orange and silver fish swimming in front of them. “You’re right. It would have been tragic. People who are blessed often take things for granted.”

“I don’t want pity, my lord.” Shigure looked to him. “And I didn’t mean to be forward. About your family. I’m not trying to worm my way into it.”

“You weren’t being forward at all. Ladon is adopted. The twins and Deanna, too. Honestly, I’m amazed Mother let Ladon take you away at all. I’m sure she wanted to keep you, the way she hugged you when you two set off to come here.”

Shigure gave him a small smile. “I’m too old to be adopted.”

“You’re still quite young to a vampire.”

The young man shrugged and looked up at the stars. “For so long, I was terrified of vampires. What a fool I was.”

“Children should not be blamed for believing what they’re taught.” Kyros rubbed his forehead, sighing as he looked to the stars as well.

“Are you still weak?”

Kyros truly was flattered by this offer. Shigure could be very shy at times. He hoped Ladon wouldn’t mind and tell him off later. Turning Shigure down would insult him and hurt his feelings, after all.

“I’m the one who would be honored. Thank you.” Kyros did not intend to take much. He ran one fang over Shigure’s wrist, and then he froze.

The scent hit him like a slap to the face, and he watched the thin line of blood grow, mesmerized.

Kyros did not answer. Instead, he licked the wound to heal it, savoring the taste of his mate’s blood. He drew Shigure to him and kissed him on the lips. The little gasp Shigure gave pleased him, as did the fact Shigure did not pull away. “Mine,” he whispered against Shigure’s trembling lips. When Shigure gasped a second time, he deepened the kiss. He trailed kisses down Shigure’s neck and sank his fangs in. Shigure tensed, but then he moaned and pressed against Kyros.

Shigure’s blood tasted sweeter than any ever had, which was natural because he was Kyros’s mate, but there was something else there. Kyros tasted another element, something tart that he had never encountered before. He drew back and got himself under control, healing the wounds. Then he wiped his lips and looked down at Shigure.

“You’ve been right before my eyes for almost a year. Why did I never drink from you before?” Kyros said.

“But … I like women,” Shigure said, though his voice held little conviction. “I don’t understand.”

“But don’t you feel the pull? We’re mates. I like women, too, but I’ll never look at anyone else but you with desire ever again.” Kyros pulled Shigure into another kiss. His hand traveled down, and he found that Shigure’s cock was as hard as his was. He broke the kiss and stroked Shigure’s hair, staring into his eyes and loving how surprised he looked at the intimate touch. “And you won’t either. I’ll make you happy, little one. I swear I will.”

“Wait. We need to discuss this. I don’t really think I’m ready for—” Shigure left off in the middle of his sentence as Kyros rose and threw him over his shoulder.

“We need some privacy,” Kyros said, feelings of possessiveness and pure lust taking over in that moment and making him impatient. “And I don’t feel like debating and then dragging you through the halls, if it’s all the same to you.”

“Mhm,” Shigure said as he latched on to Kyros’s robes.

Kyros had the urge to slap the young man on the ass, but he assumed he was already embarrassing him enough to owe him an apology later. Suddenly, Shigure’s shyness was very cute and arousing, and Kyros couldn’t wait to get him alone and start making him gasp again.

‘Year of Eyes’ is the third trilogy set in Valladora, a feudal society that sounds somewhat futuristic due to the date (3152 for this trilogy). At the same time, it has an entirely historical feel, and since it is populated with vampires (the ruling class), shifters, lycans, demons, and who knows what else, there is a paranormal aspect as well. And while the stories can stand on their own, I’d recommend you read them in order since all of the back story is common and some of the characters reappear throughout as well. It’s an entertaining series with some imaginative creatures and customs, but above all some great characters. I’m glad to be finally diving back in! Shigure and his half-brother Hiroki (from ‘The Vampire’s Kiss’) were held prisoner by an evil demon for years, and now that Shiroki is free and has a home, all he wants is to focus on learning as much as he can from his vampire mentor, Ladon. Shigure has a well-kept secret, he is shy, naïve, inexperienced, and not at all prepared to meet his mate. Kyros is also Ladon’s brother, and Shigure has no idea how to deal with that. But his innate curiosity will not let him back away, so he embarks on a journey of discovery that leads to all sorts of adventures. Kyros can’t believe he hasn’t noticed that Shigure is his mate for an entire year, despite the fact that he visits Ladon regularly. To be fair, in Valladora vampires find their mates by drinking their blood, and Kyros never had reason to drink from Shigure. But once the young man offers and Kyros knows, there is no way back, and he embarks on full-out courtship. Instead of getting the time they need to find out more about each other, Kyros is arrested, accused of a crime he did not commit, and ends up drawn into a dangerous fight for power. If you like the first two trilogies set in Valladora with all its fantastical inhabitants, if you enjoy reading about a more experienced mate courting a hesitant younger man, and if you&#039;re looking for a suspenseful read with lots of hot intimate interaction, then you will probably like this novella.

I love it it was different but good I hope there&#039;s more of this series.Those who read this try it you will like it.

I wish you had put some of the background of shigures capture and rescue in. However I love the fact of a vampire and shifter mating and taking turns topping.

Hunted by His Alpha by Marie Medina