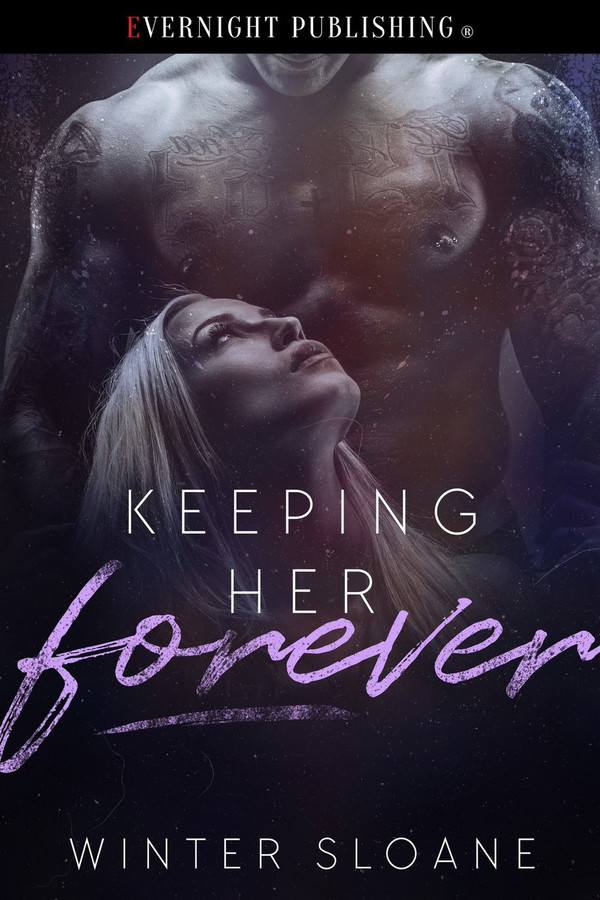 The first time Jax saw Lia, barefoot and bloody, he knew she would be his to keep and protect.

Most of the world doesn't consider Jax a good man. An ex-con who’s spent ten years behind bars, Jax has trouble adapting to normal society. He chose to drive big trucks for a living to avoid human interaction. When an injured and curvy beauty runs in the middle of the road, begging for his help, Jax knows he doesn’t need Lia's kind of trouble but he lets her in his truck anyway.

Eager to leave her small town to see the world, Lia’s made the mistake of trusting one dangerous man who turned out to be a monster. Now she has no choice but to trust a muscled, scarred and inked stranger—but Jax isn’t what she expected. Encased beneath a rock-hard body is an unexpectedly protective and fierce heart. If Lia isn’t careful, she might just wind up begging him to keep her.

“Why are you still dressed?” Jax practically growled out the words.

Lia didn’t get very far on her own. She took off her shirt when Jax yanked her bottoms down. The plain cotton panties, he left. Finally, she stood in her underwear. Wanting his skin to touch hers, for his big body to straddle her, she reached for his shirt, but he caught her wrists. He slammed her against the nearest wall, lowering his mouth to hers, the kiss full of bite and heat.

Lia responded hungrily, eager to feel him buried deep inside her wet pussy. Jax stepped away for a moment, then discarded the rest of his clothes in a hurry until he stood in front of her, massive body looking like it had been carved from rock. They resumed.

Jax kept one hand on her arms, and he used the other to unclasp her bra. The sexy bastard moved his big hand down her belly, past the waist band of her panties. Lia parted her legs for him, moan muffled as he found her slick. Jax rubbed circles around her clit before thrusting two fingers into her cunt.

She cried out as he released her mouth only to feel him close his talented mouth over her right nipple. Jax grazed the sensitive bud with his teeth before biting down, leaving a perfect imprint of his teeth there. Lia hardly felt the pain, especially when he began rubbing her pussy lips. Without shame, she thrust herself at his hand.

“Go on, baby. Get yourself off on me,” he ordered, the words raising goosebumps over her arms.

One tug from Jax and the fabric gave away. Cool air kissed her pussy lips, but the warmth of his hand kept the cold at bay. She rubbed her cunt on his hand, aware of her nipples pebbling as they came in constant contact with Jax’s hard wall of muscle.

Opposites attract. Lia is a shy woman with curves all over while Jax is a hit first, ask questions later kind of guy. Lia trusted a man that gave her the attention and time as well as had the ability to get her out of town. However, when she ends up on the wrong end of the stick, and encounters the bad side of humanity her mom always tells her of to be aware of, she runs. She meets Jax when she tries, and succeeds, in getting away from her abuser. Lia and Jax were two very different people but the things that bound them together were their attraction and chemistry. This was a dark romance. The attraction Jax had towards Lia morphed into a sense of ownership that for some may be a little too much. However, their relationship had soft sides that more than made up for that. There were instances where it felt as if she was trying to convince herself that Jax had a good side instead of actually believing that. The plot was a simple one, however, I do think that a little bit more backstory would have enhanced and made connecting with Jax easier. Keeping Her Forever is a short erotic romance but one that allows a reader to follow in the footsteps of these incredible characters: a hero and heroine who found love that healed their wounds one bit at a time. I recommend this book

It was much better then I expected. I really liked Jax. He was rough and raw with a touch of softness. Jax for sure will make me to check out other books by this author to find out, if they are as intense as he.

It was much better then I expected. I really liked Jax. He was rough and raw with a touch of softness. Jax for sure will make me to check out other books by this author to find out, if they are as intense as he.