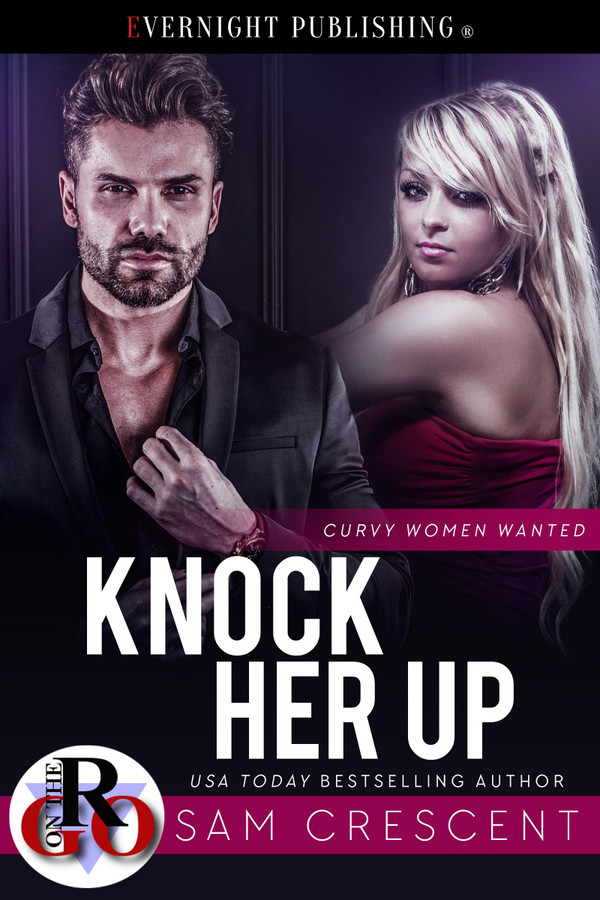 Finding out that Noah wants her is a dream come true. At thirty years old, Sage is ready to take that next step.

Noah wants Sage, and he intends to have it all with her. The only way to get her is to knock her up. That’s his plan. Sage is fire and passion—everything Noah loves and craves in his woman. He wants to share the rest of his life with her, but when Sage tells him she loves him, he freezes. Even though Sage is the only woman he wants, he cannot bring himself to say the words.

When one of his old clients threatens to take Sage away from him forever, will he have the strength to finally tell Sage how he feels, or will his fear of losing everything hold him back?

“I have a thing about cheating assholes, sweetheart,” he said.

“And it surprises me you don’t have a wife of your own. Any woman would love to have you.”

“You haven’t found the woman you want?” she asked.

“I’ve found her, but I need to make sure she feels the same way.”

She covered her glass. “No, thank you.”

“What about you? Have you found a man you want?”

He paused in lifting his glass to his lips. “You have?”

“Yeah, I’m just waiting for him to make the right move.” She slowly teased her fingers over the rim of the glass, waiting, wondering. She didn’t know if she was doing the right or wrong thing.

Should she just tell him she’d seen his plans? Teasing and flirting, this wasn’t her. She didn’t want to be the woman who kept secrets. That wasn’t a way for any relationship to start.

“I stumbled across your file, and I read it all.” She waited a second for him to digest her information. “I’m all in. You don’t need to get me drunk, or try to manipulate your way into my bed. My door is open to you, and to you alone.” She slid out of her chair. “I will leave that decision to you.”

She turned on her heel and left.

Sage made her way out into the warm night air, feeling better for not keeping the truth to herself. She wasn’t a liar or a manipulator.

She believed in telling the truth, and that would never change.

The rest was on Noah. She wouldn’t hold his plans against him. Sometimes people got desperate.

She began to walk toward her apartment. With each step she took, she wondered if she’d gotten it all wrong until a car suddenly pulled up near the side of the road. She stopped, recognizing Noah’s car.

The window rolled down, and she bent forward to look at him.

She slid into the seat beside him, tugging down her skirt that had rolled up.

Noah put his hand on her knee, and that touch alone sent a shockwave of electricity through her body. His fingers were so soft, and not for the first time, she wondered what kind of pleasure his hands would create.

“Where are we going?” she asked.

“My place.” He spun the car around, and Sage leaned back into her seat. With each passing second, excitement built inside her.

“You have to know, Sage, there is no going back. Tell me if you can’t handle this. You’re mine. You know what I want.”

This was a quick read that hit all the right spots. It&#039;s steamy and surprisingly emotional and some points in the book. Sage has been working for Noah for awhile, and both have had feeling for each other but just haven&#039;t acting on it. Finally Noah acts on his feeling and there&#039;s no stopping him after that. They can&#039;t stay away from each other or keep their hands off each other. I Loved these two so much! Five star read for me!

Another tasty tidbit from this fantastic author! The story is steamy, and these two captured my heart as they built their perfect HEA while watching others’ fall apart. The characters were amazing! I love how these two hid so much behind the file folders and survived terrible things to before finding each other. This book is a wonderful fast-paced read, perfect for a couple hours of relaxation and escape.

This was a quick, steamy read. Sage works for Noah and he&#039;s wanted her almost to the point of obsession. Sage, in turn, has dreamed about him and when her dreams may come true, will he truly commit to her. There&#039;s a little bit of drama when someone tries to take her from Noah. Will that wake Noah up to the fact that he does love her?

I absolutely loved it. It was such a sweet story for two people who had a hard life growing up. I LOVE Sam&#039;s books so much. Hope you enjoy it as much as I did. Happy reading.

Fantastic. Sweet hot sexy .. He loved her for a long time but even when she said it he was afraid .. He went did alot to get her in his life , and had a plan , but he was scared so he messed up , bit she forgave him

Sometimes I just want a quick, easy and steamy read and this book was perfect for that. Sage works for Noah and he&#039;s wanted her for awhile now. She&#039;s dreamed about him and when he makes her dream come true, will he truly commit to her or is he just in it to get her out of his system. No OW drama and no cheating but there is a little bit of drama when someone tries to get her to work for him! Will that wake Noah up to the fact that maybe he does love her?