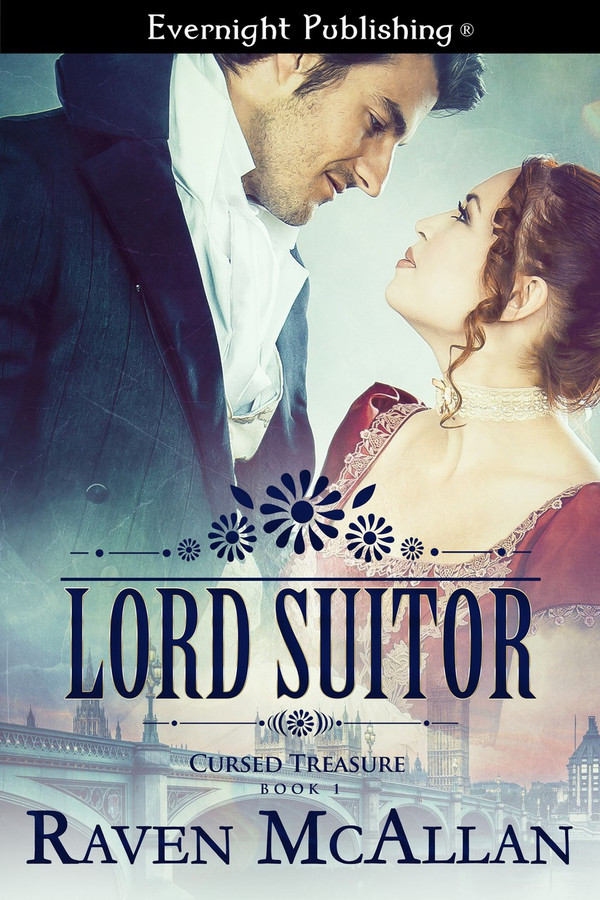 A smuggler and an aristocrat. Who should Tessa choose?

Both profess their love for her, both intrigue her. How can she pick one over the other?

When Tessa is accosted by a smuggler, her life takes a turn for the better—or so she believes. Until Nathaniel, Lord Fenniston, indicates his interest in her. She has to marry to help her family, but her loyalties are torn.

Luckily, fate has its own way of deciding...

"You've gone and done it now, youngster. She be dead. How you goi'n t'splain that to his Lor'ship, eh?" The rough voice echoed and fluctuated like the sound of waves rushing in and out of one of the numerous caves in the cliffs below Birch House. Tessa took a sharp inward breath and winced as one of the drums of the local regiment played a brisk march on her skull. How dare they? She needed to sleep, not be entertained in such a manner.

"She's not dead," the smooth-as-her-morning-chocolate voice said. "I didn't hit her that hard, a mere tap. Just to let the ponies get on. See, she's still breathing, you fool. Look, her bosom is heaving like a ship under full sail."

A ship under full sail indeed. She may be nicely endowed in that area, but not to those extremes. That picture in her mind conjured up Lady Frame, whose bosom was akin to his description.

Tessa moaned and struggled to sit up. Strong hands held her firmly.

"Don't wriggle, woman. You may well do me a mischief if you do, and I swear you might not welcome the results."

She stilled immediately as a distinct bulge made its presence known in the cleft of her arse.

Was it familiar? Tessa couldn't get her thoughts straight enough to work that out.

"Come on, sweetheart, show us you're back with us again." Those strong arms—she had no reason to believe it was any other—gathered her up, and she felt safe and cossetted as a calloused hand stroked her cheek and then gave it a gentle tap. "Stop pretending."

If she considered she was cosseted before, now she felt scolded like a recalcitrant child.

"Get you off, young sir." The rough voice had become urgent. "Leave her with me. I'll knock her out again and get away afore she comes around again."

"Rubbish, enough of the violent thoughts. You go and do your bit, and I'll speak to you tomorrow. She won't see my face. The men need to know all is well, and you can reach them better than I can. I'll do what is needed here. Off you go before my lady opens her eyes and clocks your ugly phizog. It might send her off again."

There was a cackle of laughter, then a rustle and the fading sound of someone walking over what sounded like shingle.

"Come on now, I know you're awake. Your breathing changed. Stop playing the dead man, and let's get on."

She bit her lip as she tried to open her eyes. They didn't want to cooperate, and she suddenly realized why.

"Why am I blindfolded?" Was that weak and whinging voice really hers? "Take it off at once." There, surely that sounded more in command?

It seemed not. Someone laughed.

"Sorry, sweetheart, nothing doing. It's in your own best interest not to see anything. Look to the wall while the gentlemen do their work."

One night while walking in her backyard in the country Tessa is kidnapped by a smuggler. But what she was worried about didn’t happen and instead she experienced something she would never forget. But back in London she learns that Lord Fenniston, Nat, has expressed his interest in marrying her. He will stop at nothing to woo her to becoming his wife. Tessa knows she must marry but she dreams of the smuggler. How can she agree to marry Nat when she is drawn to the mystery man, a man that isn’t the one who wants to marry her? But things aren’t always as easy as you think or see and fate sometimes does what she wants, not what others want, or expect.