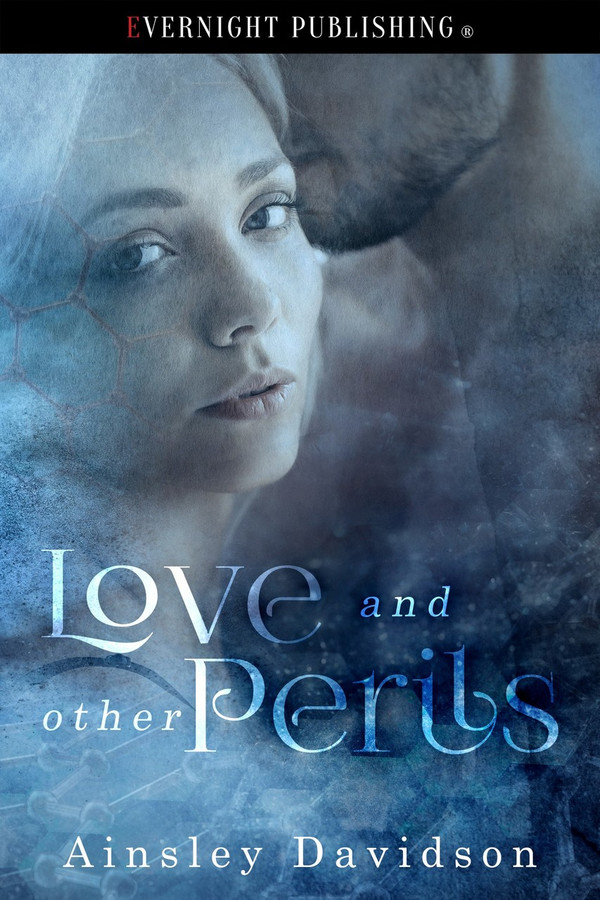 Hanna Grace is a robotics expert with a secret digital past. A mysterious group, with roots in an ancient cult, asks her to use her cracking skills to hunt down the makers of a poisoned drug. She refuses. But when they kidnap her baby sister, she has no choice. She’s double-crossed, forcing her to use any and all means to get her sister back.

Linc, a tough-but-tender ICE agent, agrees to help. Together, they uncover a deadly mix of nanotechnology, mystical union drugs, and plague. And maybe—if they survive—they’ll also discover love.

He stopped his stirring, and turned to face her. “No. But it’s complicated, being undercover. You have to go all in. Half-hearted gets you killed. You do things, say things, and even think things you know are wrong. But you do them anyway and you get the job done. And then you come home, wash up and try to forget. But she couldn’t.”

Linc’s vulnerability moved her. This was the first time he’d shown real emotion. His expression relaxed and he returned to his dish, pureeing the contents of the pot in a blender.

"So what are you making?" she asked.

"This is a little pre-dinner appetizer. Squash apple bisque."

"Sounds delicious.” She hopped off the island. “You know, in my world, appetizers are why they invented microwave popcorn."

He chuckled. "I don't even own a microwave oven."

“Really? My sister and I would have starved if we didn’t have one.”

Returning the thick soup to the pot, he doctored it up with cream. “Want a little taste?”

He spooned her a sample. Sweet, velvet smooth, with a pumpkin pie taste, the tang of fall apple. Altogether wonderful.

His black eyes flicked over her affectionately. “I’m glad you like it.” He took a pasta dish from the oven and set it on the island. “This needs to sit for a few minutes.”

Edging closer to him, she placed her palms on his shoulders. “Only a few?”

She leaned into his scent, a blend of lavender and cedar. Her arms came up around his neck, and she pressed her body up against his. Cradling her head gently, he kissed her eyelids, her forehead, her cheeks, and her mouth.

She adored his tenderness. He was a big, strong man, with a dangerous job, but his kisses were ethereal, exquisite, as if he were tasting a rare and refined liqueur. Did he kiss like that when he was undercover? Or did the role demand that he be impatient, salivating, and greedy?

Speculation fled as he ran his hands down her hips and his kisses became more urgent. She felt something unspool inside her. Goose bumps welled everywhere, the back of her arms, and breasts, and then they swept down, turning into heat. His kisses made her dizzy, her body butter-soft with need.

Belonging to the Steer Brothers by Sam Crescent

By Any Other Name by Lee Ann Sontheimer Murphy