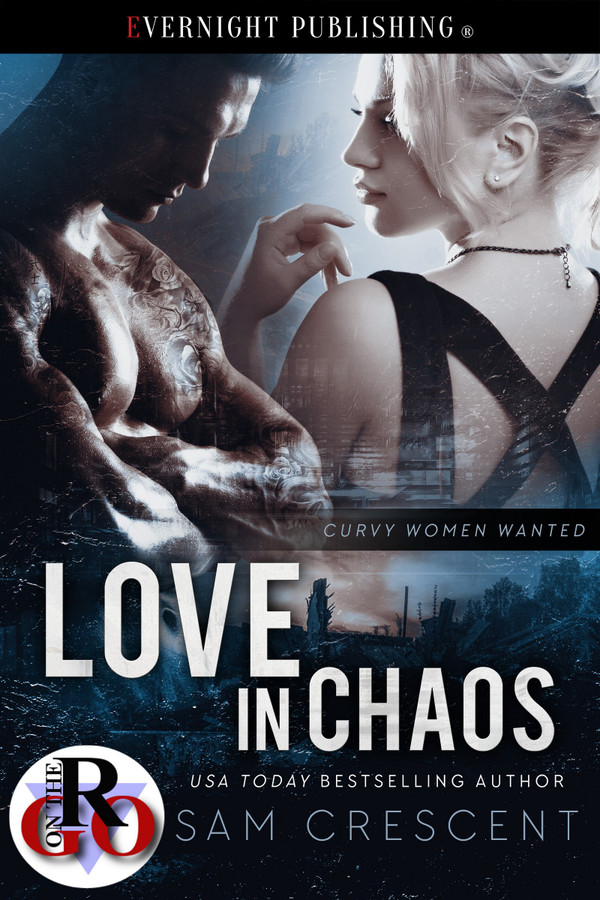 After the world’s population is nearly wiped out, Maggie has been able to protect herself—until now. Captured in the dead of night, she is offered to a man. A leader. Only this man isn’t a stranger. Three years ago, he was the first man she ever had a crush on. Her teacher.

Clayton would recognize Maggie anywhere. In all his years, Maggie was one who got under his skin. He thought she was dead, perished like so many others. But she’s back, and he’s not going to let her go. He wants every single part of her, hoping she won’t hold back.

She always imagined love, but she must settle for what she can get. When Clayton realizes his carelessness and that his woman could be pregnant, he screws up. His fears keep him from admitting his love for her.

Heartbroken, Maggie plans to have her baby, but she’ll protect her heart from Clayton. Is it too late, or does he already have the key to her heart?

Entering the motel where they’d set up for the night, he threw her away from him and locked the door. She caught herself before hitting the floor. She whirled around to face him and he looked his fill.

“Don’t treat me like the teacher you once knew.”

“No, I’m not.” He advanced toward her. “I haven’t been that man in a long time.” He wrapped his fingers around her neck. He didn’t tighten his hold, but the threat was there. He stared into her eyes. “No one is the same in this world. Not anymore. Like you, Maggie. What will you do to survive?”

“What?” she asked. Her hands were on his arm, almost trying to pull him away, but he kept a hold of her. He didn’t want to let her go. The beat of her pulse beneath his fingers was a heady experience.

Clayton pulled her close so his lips were right next to her ear. “I can protect you.”

She looked up at him. “I’ve been doing fine.”

He chuckled. “Maggie, I’m not going to let you go.” He’d wanted her back then, but it had been illegal for him to take her. Now, there was no reason to wait. No reason to be disgusted with himself. “I’ll make your life easier.”

“Everyone has a price. Will you be willing to pay it?” he asked.

He smirked. As he marched her back toward the wall, she let out a gasp. He took her arms, holding them up above her head, keeping her trapped. “You will be my fuck toy. At my beck and call. This body, this pussy, ass, and mouth, it all belongs to me to use when I see fit.”

“I am. Give me everything, and in return, I’ll give you what you need.”

“You can’t bring my parents back.”

“Don’t be a fucking child. You know I can’t bring anyone back, but I can give you what a woman like you needs. Protection. Have you been attacked? Have you seen what men do?”

Tears filled her eyes. “I’ve seen what they can do.”

“Have they hurt you?” he asked.

“They haven’t?” This did surprise him.

“I’ve been good at hiding.”

Not much for the science fiction/futuristic setting, but loved this book!

Loved it .. She loved him since he was her teacher , he loved her to but was to stubborn to let her know and when she asked and he didn&#039;t tell her yes he almost lost her for good .. but he kept trying to prove himself and she finally forgave him .. Hot sweet sexy loved it

LOVED THIS! Wish it was longer but a great story as always!!