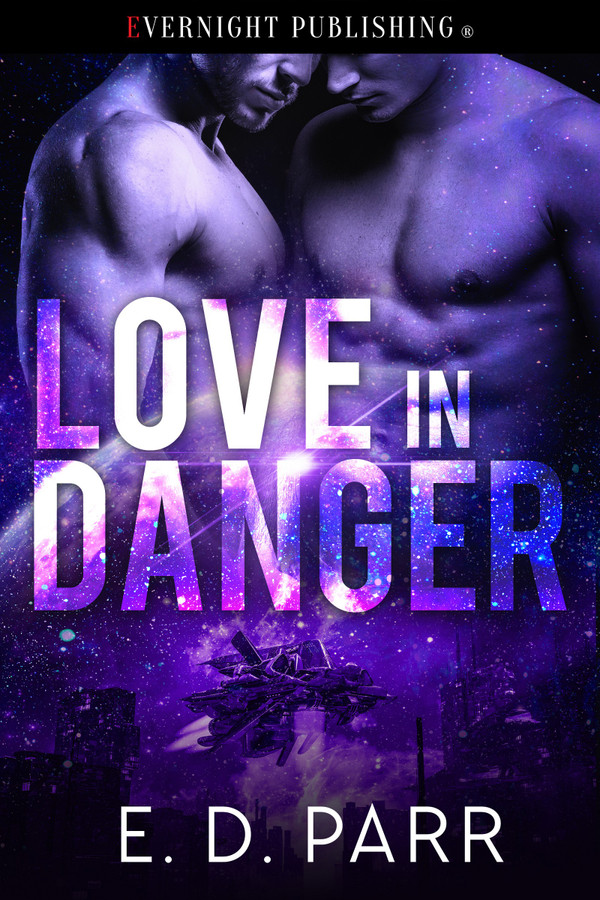 Centuries ago, the planet they cherished was conquered, but now three warriors from an ancient race of gifted beings intend to remedy that.

Corin JaKobi and Marcus D’Ath are lovers and members of an elite planetary squad that rid the city sectors of the dangerous Fallen.
When an old friend uncovers the true horrific nature of the elders in the organization they work for, anger at their duplicity drives Corin, Marcus, and rogue squadron hunter, Zeb to plan for the ruling group’s demise.

It won’t be easy, and when Marcus is captured and detained at the elders’ pleasure, Corin’s white-hot fury at the thought of losing the man he loves knows no bounds. Will Corin get to his beloved in time to stop the horror that awaits him? Can the warriors free the planet and return it to the lovely place it was before the aggressors arrived?

Corin received a call on his communicator just as he and Marcus loaded the crockery from their meal into the dishwasher. He looked over at Marcus as he listened to the order and gave his lover a stare to convey annoyance at the task they’d been given.

Marcus grinned in return at the silent communication and pressed the button on the panel to start the machine.

He leaned on the counter, arms folded, waiting for Corin.

Affection flowed over Corin as he looked at Marcus. He traced the handsome man’s face with appreciative eyes. He walked quickly to his lover, dropped the communicator onto the table as he passed, and slipped his hands around Marcus’s face. He kissed Marcus tenderly, until his lover grabbed his hips and thrust against him with a low moan. Passion surged through Corin and he rained hungry kisses on Marcus’s lips.

He broke to breathe and whisper. “We have a job over in the badlands. Some idiot’s crash landed over there.” Then he kissed Marcus again. He swept his hands along his lover’s shoulders and down his sides to pull off his lover’s soft shirt. Raw sexual need gripped him and he ran his fingers over Marcus’s muscled chest. Little sounds escaped him as Marcus returned his frantic kisses.

Marcus helped pull his shirt off, casting it aside, then resumed kissing Corin. He murmured against Corin’s mouth. “How close are you? I can feel your cock rock hard through your pants.” He bit softly along Corin’s bottom lip and palmed Corin’s erection.

Corin groaned and pushed against Marcus’s hand. The need to come made his voice thick. “Close.” He dotted kisses along Marcus’s bare shoulder breathing in the masculine aura and light rosemary scent of bath soap on his skin. He dropped his hands to between their bodies and opened Marcus’s pants, trembling, hardly able to wait for the feel of his lover’s cock. He dragged the cotton pants down around Marcus’s thighs and curled his fingers around the huge erection that sprang free.

Marcus groaned into his open-mouthed kiss. “Corin … you have no idea what you do to me…” He held the counter edge, leaning back and his dick leaked onto Corin’s thumb.

Corin’s stomach flipped with the feel of the pre-cum on his fingers as he circled the head of Marcus’s cock. He closed his eyes and pumped his lover’s dick, groaning a little at the pleasure that consumed him and pressing his lips to Marcus’s. His own cock leaked and grew so hard he thought he’d come just from the delicious feel of Marcus’s kiss and satin-skinned erection in his hand.

Corin smiled onto Marcus’s lips. He waited for his lover to finish coming and kissed him softly every time he felt a throb run through his lover’s cock.

Marcus slid his hands around Corin’s face and kissed him.

The tenderness in the kiss dropped a blanket of love over Corin. He sighed as Marcus drew away and with a gentle push to move Corin, dropped to his knees.