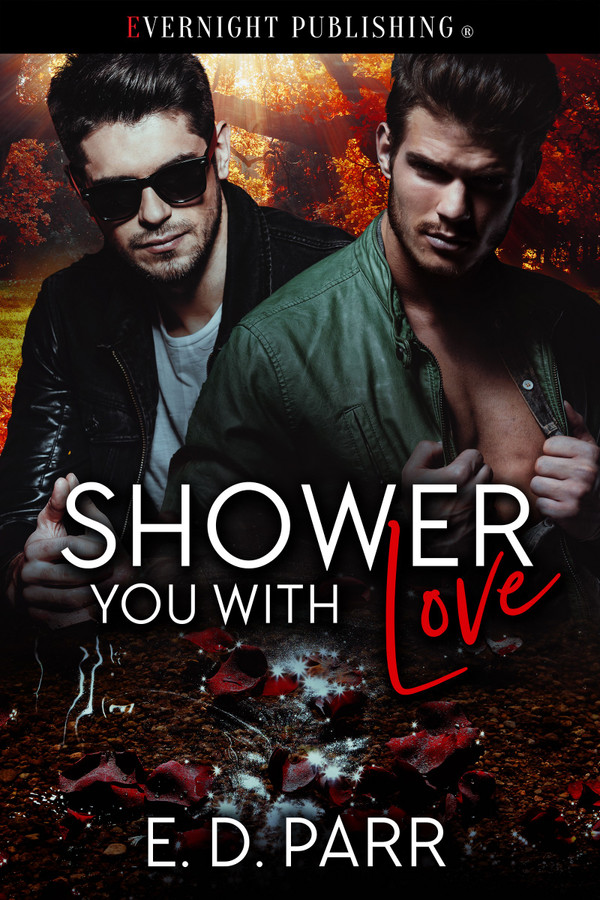 Chris Everhart attends his best friend’s week-long wedding festivities. He meets handsome, enigmatic, Owen, and in a haze of attraction ignores the strangeness surrounding Owen. Convinced he’s falling in love, Chris spends every moment he can with Owen, until on the final day of his best friend’s celebrations he discovers a heartbreaking and shocking truth. He and Owen can never be together.

Traumatized and lonely, Chris can’t settle into another relationship, and then, after two years of wishing he could feel the way he felt for Owen with another man, fate intervenes. He meets gorgeous, gentle Matthew.

Spooked, Chris is about to run from Matthew who reminds him so much of Owen, but Matthew asks Chris to dance with him. In Matthew’s arms, Chris can’t ignore the feeling of belonging that rushes over him. Will he take the risk to love again, or continue to yearn for a ghost?

Chris sped up his pace across the grass to the open windows. His heart hammered as he reached the threshold and stopped. Owen lay asleep on the couch, the blue velvet cushion he’d danced with hugged close. At first, Chris hesitated and then he crept toward Owen, just to see his face, just to be near him…

Owen opened his eyes. The blue gaze filled with pleasure. “Chris, I’d given up on seeing you again. This is so great. I dreamed about you. I held your hand and…” He pushed the cushion away and sat up with a delighted smile.

An overwhelming emotion surged through Chris. He dropped to his knees and held Owen’s face. “I’ve been looking for you … looked for you at every event.” He kissed Owen and nothing else mattered. He lost himself in the feel of Owen’s lips on his, and the way Owen murmured soft sounds between kisses. The delicious feeling of belonging filled his heart again.

Owen broke the deluge of kisses from Chris with a smile. He rested his forehead on Chris’s. His words sighed along Chris’s mouth. “I’m so happy to see you.”

Chris snatched another quick kiss before he spoke. “Why haven’t you attended any of the wedding festivities?”

Owen drew a little away to gaze into his eyes. “I didn’t feel well. I’m sorry.”

Concern rose in Chris. “No need to be sorry. I hope you’re feeling better.”

Chris stood and stepped away.

Owen stood, too. He wore exactly the same clothes as the evening they’d first met. The dress shirt, the necktie fluttering around his collar, and again he was barefoot.

Puzzled but accepting, Chris gave Owen a gentle smile. “It’s raining. You might need your shoes.”

Owen took Chris’s hand. “That’s where they are.” He led Chris out into the fine mist of rain, then put his arm around Chris’s waist to walk.

The gesture filled Chris with affection. He did the same to Owen with a smile. Ahead, across the lawn, was a long row of box hedge, thick, and about seven feet high. As they neared the hedge, it became clear that it extended into a large, perfect topiary square.

The rain subsided, leaving only a glittering film on the dark green leaves. The mid-afternoon sun tried to brighten the day.

“This is one of my favorite places. I know it well, of course, but I still like to come here and hide from everything.”

Owen ran his hand along Chris’s jaw. “No, no. It’s great to be with you. I’m happy with you.” He kissed Chris and then broke into a smile against his lips. “I’ve waited a long time for you.”

So as not to give away any spoilers, this review is going to be short and sweet just like this story. Shower You With Love is a quick read but it&#039;s packed with all the things I love about an E.D. Parr book. Hot men, romance, love, a touch of mystery, mixed with kindle-melting sexy scenes. I loved the paranormal element, it was mysterious and particularly poignant. I was pulling for Chris to find the forever-kind of love he was searching for. I thoroughly enjoyed this sweet story and finished it in one sitting. 5 stars all the way!

This fantastic, hauntingly beautiful, poignant, grab-you-by-the-feels, sweet, amazing, bittersweet, sexy, charming, engaging, tug on the heartstrings, lovely, emotionally charged, delightful, and totally awesome story may be short in length, but it really packs quite a punch. I would DEFINITELY recommend getting this marvelous gem ASAP.

Love in Danger by E.D. Parr