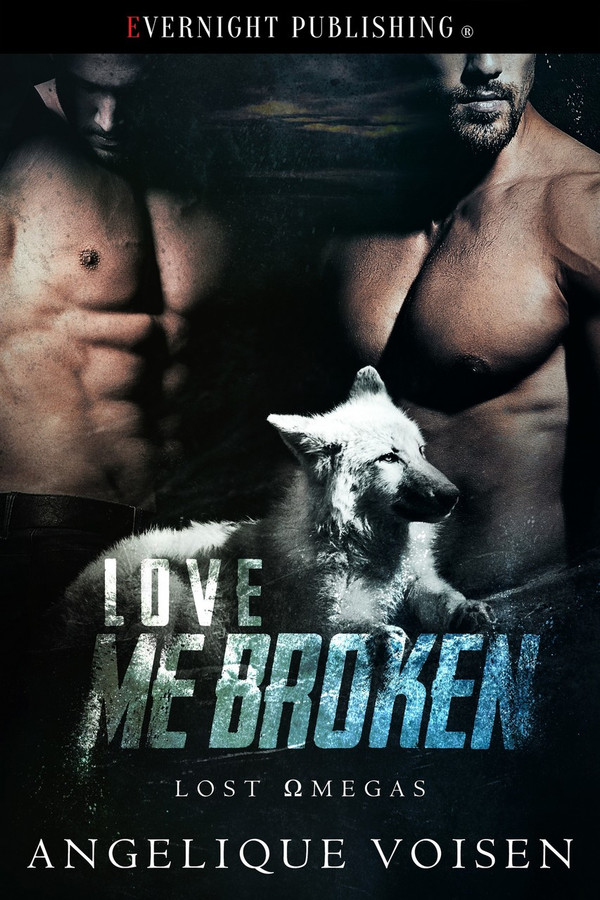 Can a wolf earn back his mate’s trust after throwing it away?

The last time werewolf Franco Antico saw his Omega, Jaime was eighteen—gorgeous, sweet and innocent. When dark forces threatened their pack, he made the choice to protect Jaime the only way he could, by fleeing and taking the fight elsewhere.

Five years later, Franco returns to discover nothing of his childhood friend and mate remains. Jaime’s bitter, broken, and carrying the pup of an abusive alpha.

Trust needs to be earned. Franco gave his away. Can he mend Jaime’s heart and soul, and reclaim his lost Omega?

“You’re ashamed of me,” Jaime stated, dropping his gaze.

“No.” Franco gripped his chin, forcing Jaime to look at the steel in his eyes. His voice cracked, something Jaime seldom heard. “Presumptuous, pup. I’m fucking proud of you.”

Stunned, Jaime managed a soft, “What?”

“You’re a survivor, like me. I love the boy you were and the man you’ve become. Never fucking forget that.”

Tentatively, Jaime reached for their mate bonds. Sheer conviction. Fierce pride. Franco hadn’t lied. It was all in his head—the insecurity, the fear—but how could Jaime not suspect Franco? No one in their right mind would want damaged goods. Stripped bare, with no ammunition left, Jaime sagged into Franco’s arms. One hand wound in Jaime’s hair, Franco tilted his head up, and Jaime opened his mouth to receive his searing kiss.

Electricity coursed through their bodies, eager to consume. Out here, in the middle of nowhere and surrounded by cornstalks, no one could see or hear them, although Jaime wished they could.

He loves me. Always.

Jaime could hardly believe the words. Franco used tongue and teeth, biting and sucking, the force and demand of his want overwhelming.

Show me. Love me. Control me.

Still, Jaime couldn’t say the words out loud, but when he was ready, he would. They fumbled for each other’s clothes with clumsy and eager fingers, hungry for skin to touch. Sighing, Jaime closed his eyes when his lean frame pressed against Franco’s hard and firm body, their chests and aroused cocks brushing against each other.

Franco lowered Jaime to the earth until Jaime lay on his back.

Planting kisses on the side of his neck, Franco sucked softly on his bite mark before answering, “Soon, pup. I’m going to fucking make you fly.”

Hot kisses intertwined with tiny bites. Franco straddled him, keeping Jaime in place with his limbs, effective as any restraint. Franco took Jaime’s left nipple into his mouth, and Jaime groaned at the slight edge of Franco’s teeth.

Wanting something to hold on to, he wove fingers into Franco’s hair, tugging. Franco sucked the bud until it hardened before biting down. Jaime jerked, a soft moan escaping him. Reaching between their bodies, Franco squeezed Jaime’s balls before holding his dick captive, talented fingers gliding up and down.

Seeing the perfect imprint of Franco’s teeth aroused Jaime further. Franco moved to his right, leaving another mark there, while his hand continued to fist Jaime’s shaft.

“Franco,” Jaime murmured. Night air caressed their sweat-beaded bodies, but he didn’t feel the cold at all, not when Franco’s warmth blanketed him.

Shit. Now Jaime wanted to do the exact opposite.

Strip Me by Angelique Voisen