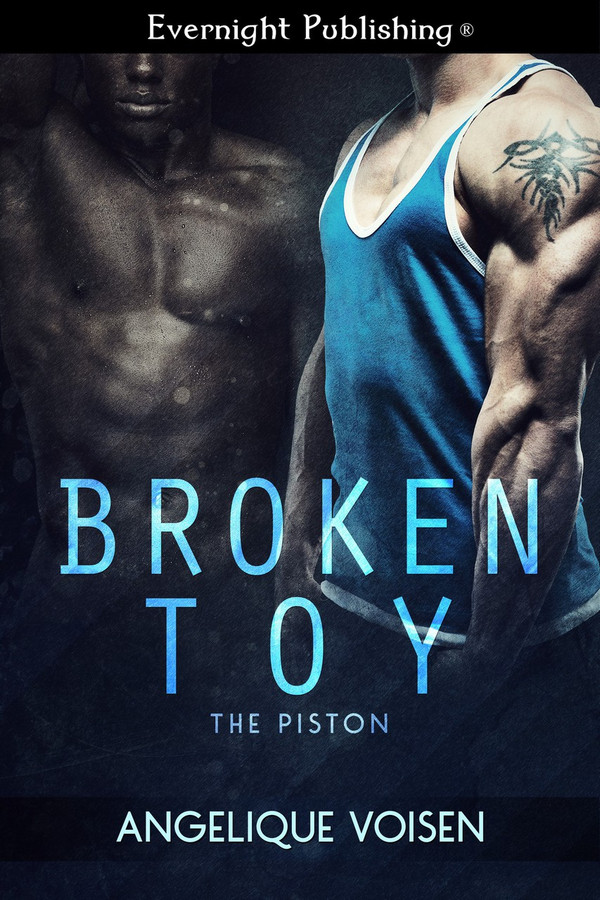 Thirty-year-old submissive Oliver Barnes is a workaholic. Ollie practically lives in his office. After his old Dom dropped him for a younger sub, Ollie wants to avoid complications and more emotional scars.

Dominant Garth Wagner is a young repairman who works at the same building. He’s intrigued by the busy suit who doesn’t seem to have a life beyond the office. When Garth catches Ollie in a compromising position, he makes Ollie a proposition. Ollie has to be his for an hour, or he tells Ollie’s boss what he does during his spare time.

Ollie expects Garth to cash in sixty minutes of dirty down time. He recklessly bares it all, not expecting Garth might demand the ultimate toll. Losing his job might be the least of his worries when what Garth ultimately wants is his complete surrender.

Ollie couldn’t get out of his trousers and boxers fast enough. After folding them neatly and placing them aside he leaned against the wall and closed his eyes. Pushing aside all thoughts of work and his miserable personal life, he let his imagination take the reins.

In the real world, Ollie must have brushed by Garth a couple of times each week, nothing more than strangers exchanging pleasantries in the lift or passing each other in the corridors. He knew nothing about the young, hot repairman.

Was Garth straight, involved with someone, vanilla?

It didn’t matter. After Thomas, Ollie found out he had trouble getting off unless he pictured Garth.

What Garth wanted at that moment was Ollie, and he didn’t give a fuck Ollie was a broken toy, second-hand goods, or a barely functional human being. What they had was purely physical. No strings attached. No commitments, expectations, false promises, and most importantly, Ollie had zero chances of having his heart broken to pieces again.

“Garth…” Ollie breathed out his name. His pulse started to race whenever he wrapped his tongue around those syllables. He took it torturously slow, sliding his fingers over his already half-erect shaft. Ollie continued from where he left off from his last episode, where Garth drove him to his knees and commanded Ollie to service him. By then, Ollie had done a good job and waited to receive his reward.

He imagined it was Garth’s large, callused hand keeping his cock captive with his fingers, his entire body a prisoner to his whims. Garth would then cruelly flick the pre-cum off his tip, while his other hand squeezed at his balls, applying pressure until Ollie let out a whimper. Ollie began pumping his cock, increasing his rhythm as he thought of Garth’s frosty pale and stern gaze locked on his, devouring his discomfort and every sound he wrangled from Ollie’s lips.

Two men standing so close, yet one possessed power over the other.

God. Ollie missed that. His knees tasting the cold floor, every muscle in his body tensing and coiling in anticipation of the kiss of a flogger or a whip, and being able to hand over his trust to someone who possessed the power to give and deny him. Make him beg and crave for his submission, and after the sweet, prolonged torment, send his mind flying thirty thousand feet into the air.

During Thomas’ absence, Ollie realized he didn’t just miss that. He needed it. Badly. His sexual submission in the bedroom was part and parcel of him.

His back hit the hard tiles of the wall, and he spread his legs to keep his balance. Fantasy Garth would start putting his cruel mouth and lips to work, tonguing and licking Ollie’s flesh before setting teeth. Possessive and relentless, Garth would leave marks on Ollie’s skin. Souvenirs that would ache and burn under Ollie’s clothes during working hours and leave him lusting and panting for more. He furiously pumped his steel-hard shaft and added two more words to Garth’s name. “Please, Sir.”

Jesus. How fucked-up he was. He had to say that out loud?

Didn’t matter. Ollie couldn’t afford to lose momentum now. Besides, there was no one present to witness his shame and desperation, just Ollie, the bathroom, and imaginary Garth.

“May I have your permission to come, Sir?” he whispered to himself, cheeks burning.

Love Me Broken by Angelique Voisen